6 ATTRIBUTES OF LIVING BY FAITH

Attribute #1: Do Live by the Word 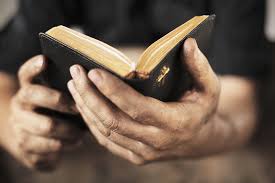 Do you believe perception is reality? Perception is not always reality. You might perceive that a product you buy will do what it says it claims to do, only to discover it falls short. Sometimes we perceive things about God based on our experience versus what the Bible really says. The apostle Paul exhorts us to “live by faith, not by sight (2 Corinthians 5:7).

God told Joshua to walk around the city 7 times by faith, not by his logic or reasoning. He had to live by the Word from God, not his perception of how illogical the command might have been for he and his troops. The Bible talks about obedience being better than sacrifice. So, live in the Word and obey His Word no matter what the perception is that might not be logical.

Attribute #2: Count things as though they have already happened – The Bible tells us that faith is living as though the goal has already been achieved.

As it is written, “I have made you a father of many nations” in the presence of Him whom he believed-God, who gives life to the dead and calls those things which do not exist as though they did” (Romans 4:17).

We believe in the covenant promises of God (more than 7500) in the Spirit dimension– awaiting the manifestation in the physical. We must claim His promises for our situations. Once we know it is God’s will we pray in authority He has given each believer in Jesus Christ. We don’t have faith in faith, we have faith in God and His promises. 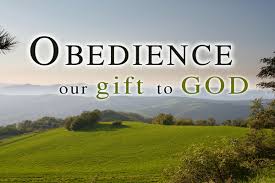 Attribute #3: Obey God in the Small Things – God always entrust you with a small thing first before He entrust you with the larger thing. Abraham was told simply to go, without know where he was going. He had to trust God with the outcome of that decision.

By faith Abraham obeyed when he was called to go out to a place that he was to receive as an inheritance. And he went out, not knowing where he was going. Heb 11:8

I was once invited to speak to less than 10 people in Barbados. I wrestled with God over the logic of that invitation and the meeting. Once I obeyed, God opened many new and greater opportunities as a result of that obedience.

Attribute #4: Think Right – Sometimes we suffer from bad thinking. We mix the world’s value system in with God’s. “For as he thinks in his heart, so is he” (Proverbs 23:7). Negative thinking produces negative outcomes.

Fear can drive us to negative outcomes in life. It is a form of negative faith. “For the thing I greatly feared has come upon me, and what I dreaded has happened to me. I am not at ease, nor am I quiet; I have no rest, for trouble comes” (Job 3:25-26). 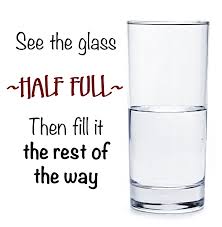 If you are trying to kick a bad habit, don’t try to avoid the bad habit, think on what kind of behavior you want to have that will replace the bad habit. Think about filling the cup up; don’t focus on what is not in the cup.

Attribute #5: There is Power in the Tongue

Can you see that God spoke things into existence, that there is power in our words?

Proverbs 18:21 tell us: Death and life are in the power of the tongue,  and those who love it will eat its fruit. Your audible words do carry power. God spoke the world into existence. Jesus spoke to the fig tree. 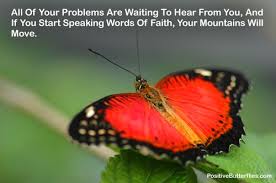 Jesus tells us to speak to the mountain. So Jesus answered and said to them, “Have faith in God. For assuredly, I say to you, whoever says to this mountain, ‘Be removed and be cast into the sea,’ and does not doubt in his heart, but believes that those things he says will be done, he will have whatever he says. Therefore I say to you, whatever things you ask when you pray, believe that you receive them, and you will have them (Mark 11:22-24). One time God spoke to me on a Saturday morning a few months after I published a book. We had very limited sales. The words that came to me as I woke were, “Speak to your mountain of books!”

I went downstairs and laid my hands on my mountain of books and said, “In the name of Jesus get out of my basement! Go be a blessing to someone who needs to read these books.” That Saturday afternoon a ministry in Dallas, Texas called me and ordered 300 books! I had no prior relationship with the group and IT WAS SATURDAY!

There are 7500 covenant promises in the Bible that represent your currency of your faith. A covenant promise reveals what you know is His will, but you must pray it into existence. God’s covenant promises are His currency for manifesting His will upon the earth. God has given us the Power of Attorney spiritually on the earth to bring Heaven on earth in the area of our calling.

CHRISTIAN HOSPITALITY: HOW DO YOU MEASURE UP?