This interesting prayer was given several years ago in Kansas, USA, at the opening session of their Senate. It seems prayer still upsets some people. We share it with you for your reflection on how much it applies to our Philippine situation today.

When Minister Joe Wright was asked to open the new session of the Kansas Senate, everyone was expecting the usual generalities, but this is what they heard:

“Heavenly Father, we come before you today to ask your forgiveness and to seek your direction and guidance. We know Your Word says: “Woe to those who call evil good”, but that is exactly what we have done.

* We have lost our spiritual equilibrium and reversed our values. 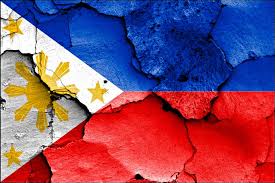 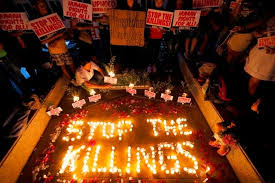 Search us, Oh GOD, and know our hearts today; cleanse us from every sin and set us free. Amen!”

The response was immediate. A number of legislators walked out during the prayer in protest.

In 6 short weeks, Central Christian Church, where Rev. Wright is pastor, logged more than 5,000 phone calls with only 47 of those calls responding negatively. The church is now receiving international requests for copies of this prayer from India, Africa and Korea. With the LORD’S help, may this prayer sweep over our nation and WHOLEHEARTEDLY become our desire so that we again can be called “ONE NATION UNDER GOD.”

YOU ARE A WITNESS AT JESUS’ TRIAL: WHAT...