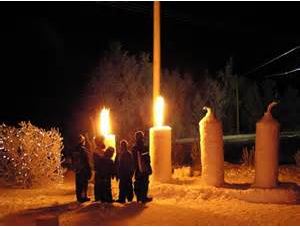 Ruby, a super typhoon which entered the Philippine Area of Responsibility (PAR) on December 5, 2014, lost its devastating force as it passed through Philippine islands. Anticipating its coming, much preparation was done by the respective sectors in the community.

The Local Government Units in its path, as early as Thursday, December 4, 2014, activated their respective Disaster Risk Reduction Councils/Offices and set into motion preventive measures. Some provinces or municipalities even aimed for zero casualty.

The church, particularly the Archdiocese of Caceres, through Archbishop, Most Rev. Rolando Octavus Joven Tria Tirona, O.C.D.,, sent a recorded prayer to different media outfits to spare the city and the province from the wrath of the typhoon. The media outfits regularly encouraged listeners to join in praying and singing of the hymn to Our Lady of Penafrancia.

Families and households did their share in the preparations by strengthening their houses, buying supplies, in case they were not able to leave their houses for a few days. There was panic buying by some, yet for others it was only panic, no capability to buy. 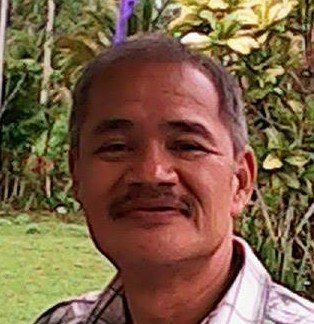 To us, here in Naga City, the long wait was over, which spanned from Thursday to Sunday. Typhoon Ruby’s outer wall passed us around 8:00 to 12:00 pm., Sunday, December 7, 2014. Its destruction was minimal because it brought less rain and not so powerful winds. Another reason for its lesser damage was that the residents had prepared for its coming.

Typhoon Ruby, in its coming was classified as a super typhoon yet as it traversed islands, it became slower and less stronger. A majority believed that Typhoon Ruby was not strong enough to fight the collective prayers of the residents.

The words for the situation were wait and preparation. Aren’t these words also relevant and appropriate for Advent?

Wikipedia defines Advent as a season observed in many Western Christian churches as a time of expectant waiting and preparation for the celebration of the Nativity of Jesus at Christmas.

This brings us back to our BCLP days, particularly on Talk 4, Repentance and Faith. There, we were taught about expectant faith, a “faith that actively claims God’s promises and sees the direct results of God’s action, His intervention.”

By this time, being in the BCBP for quite sometime, this faith must have been strong in everyone of us. This is the reason why sharing and testimonies about answered prayers are in abundance in our Prayer Assemblies. Stories of the many times we left our “money making ventures,” enjoyment with friends, bonding with family members, to share our talents and serve in the BCLP, Breakfast Meeting and the like. This leads us to the Letter of Paul to Galatians 6:9-10, ” So let us not grow weary in well-doing [Gk, “working good”], for in due season we will reap, if we do not lose heart. So then, as we have opportunity, let us do good [Gk, “work good”] to all men.”

Also, our expectant wait and preparation is strongly anchored in Jesus’ promise: “For whoever asks receives, whoever seeks finds, whoever knocks is admitted.” ( Luke 11: 9-10).

Like how we prepared for the coming of Typhoon Ruby, we asked God to spare us from its devastation. We sought everyone’s helping hand to assure us that after the storm everything would be fine. Finally, we closed our door to the storms knocking to discourage and dampen our spirits in claiming God’s power and strength.

This Advent Season provides a time for us to:

Ask God for strength and enthusiasm in sharing our 3Ts, becoming a BCBP STAR (Serve, Tithe, Attend, Recruit) member and wholeheartedly serving God through participation in all BCBP activities.

Seek God’s plan for each of us, particularly for the coming year, and resolve to do it, not for our own but for God’s greater glory.

By so doing, when God knocks on our door, come Christmas Day, we have a ready room for Him, unlike Jesus who was ” laid in a manger, because there was no room for them in the inn” (Lk. 2:7, New King James Version).

THE REAL MEANING OF THE “12 DAYS OF CHRISTMAS”

RECEIVING THE POWER TO SERVE