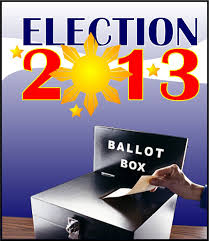 On Monday, May 13, is the Big E Day, Election Day! And as I write this the campaign is ongoing, loudly and with feelng, from the barangay pathways and hearty handshakes to national TV coverage.

In this country, politics and political life are an integral part of our lives. Politics has enmeshed itself into our society, from the national level down to the barangay level, even down to the family level. Every time there is an election I find myself asking, “What, really, is politics all about?” “Are politics, nationalism and morality compatible, can they go together?”

The books tell us that political authority is supposed to direct an ordered and upright community life in such a way as to assure its citizens of their basic freedoms and rights as well as define their social and civil responsibilities, for the attainment of the common good. Such authority should be moral in nature and promote justice, peace and healthy relationships between the political authority and the people.

True political will stems from a strong sense of nationalism, rather than individualism. Nationalism does not depend upon race or descent, but upon a common thought and goal. Without nationalism, authority, especially at the national management level, lacks strong foundation and conviction. In this country, it seems that there is a perpetual struggle between the values of colonial mentality (everything is better elsewhere) and the sense of Filipino nationalism, between pursuit of self-interest and that of the common good.

Candidates talk long about the need for economic expertise, for strong management ability, for developmental strategies in all sectors, etc. But how many relate their personalistic platforms to the real, honest needs and will of the majority of Filipino people? Where is the sense of nationalism here, the sense that as Filipinos we can not only survive but we can be victorious as a nation, not just as a group of individual people.

Politics, nationalism, and morality … can these go together? To me, more than economic formulas or dependence on electing a better group of leaders or change in system of government, if we are to realize a better national community, as well as a better local community, we must go back to basics – to fundamental Christian moral values. Political parties should not only enumerate their positions on national issues in their party platforms but should also reveal their respective value and morality standards, with each of their candidates aspiring for office living out these values in their personal and political lives. They should state their stand on Filipino nationalism vs colonial mentality.

Yes, the campaign period is nearly ended. Is it too late? No, it is never too late to ask or rather demand those who win to clearly explain, and later on demonstrate, their stand on the concerns re exercise of political will, on their stand re development of a strong sense of nationalism among the Filipino people, on their respective value and morality standards. If enough of us speak up, surely our elected leaders will have to listen. If we keep after them, make them “kulit”, surely they will begin doing something about our areas of concern. Our participation as concerned, responsible citizens in the electoral process should not end on election day, but continue throughout the terms of those leaders we voted for – or against.

REPENTANCE, FAITH AND FORGIVENESS APPLY TO GOLF, TOO

Yes Bros & Sis, we are in fact on the right track, that of being “HONEST” or advocating the value of “Honesty” as the primary foundation of “Morality”,

Let’s circulate this to all Chapters and Outreach. We will appreciate sending this to the Chapter of Occidental Mindoro. Many thanks,Jun Cacho.