Unless we turn it back, assuming we still can, we shall soon face the cruellest winter of our lives, without any prospect of spring.

This is the demographic winter.

The question is – Can we still turn it back, or at least keep it from spreading to our respective corners of the earth?

We pray we still can.

But quite apart from what we are seeing today in Moscow, for which we most profusely thank and commend the World Congress of Families and its Russian collaborators, the evidence suggests that the global anti-population forces are determined to see this demographic winter spread to the last village on the equator.

I speak of my country, the Philippines. 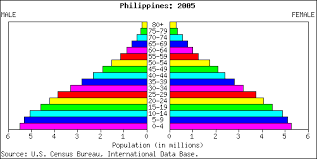 We are an archipelago of 7,107 islands. We have a population of 95 million, growing at 1.9 percent a year. A labor force of 38 million, ten million overseas workers. One million more go abroad each year. The national median age is 22.7 years, among the youngest in the world.

We have far more young people than elderly; infinitely more grandchildren than grandparents. The average family size is five, yet you find many smaller and larger families around, extended ones with three generations living together under one roof. But rarely would you find the emerging European model of four grandparents sharing one grandchild.

Our population profile would read like a perfect pyramid, with a remarkably wide base of young people that tapers off smoothly upward as the population ages and begins to fall off. Indeed, the universe is vibrant and dynamic. A demographer’s delight, a joy to behold.

But we are poor. And that’s where all the problems arise. Like many of the world’s poor, we have stopped falling off like insects, and our total number continues to rise even after the birth rate has fallen to 1.9 percent. In theory, our population density stands at 317 per square km, but so many places are virtually uninhabited, and the major cities are among the world’s most crowded. Thus maldistribution, rather than oversize, is the problem.

But that is not how the population controllers see us. Once in Strasbourg, a distinguished member of the European Parliament chided me about all those Filipinos. Why so many? I said it was still a blessing that Filipinos continued to produce Filipinos, while many European countries could only receive migrants. But to them, the prospect of 150 million or so mostly poor Filipinos surviving modern plagues, natural calamities and bad government by 2950 is simply absurd. So they have targeted us for an intensive population reduction program.

This began sometime ago, when the first alarm was raised about the population bomb, before the 1974 Kissinger report saw the problem posed by the poor countries’ continued population growth to America’s strategic interests, and launched the global policy response to it. But not even that policy found it necessary to prescribe zero or negative population growth. All that has now changed.

The bill is publicly marketed as a necessary measure to guarantee women’s “right” to family planning. But it is a complete fraud. As no law prohibits it, everyone is free to contracept and get sterilized, and the national contraceptive prevalence rate now stands at 51 percent.

Since the seventies, the government has been doing population control, at the behest of external forces. A part of the national budget is appropriated for it year after year; at least two billion pesos is allotted for it this year. In addition, in the last few years, many cities and provinces have signed up with foreign governments and funding agencies to take their programs to the most innocent villages.

Assuming these programs could stand constitutional challenge, which is highly unlikely, they render the proposed law completely unnecessary and superfluous. Still the bill is begin fast tracked ahead of any proposed legislation as though it were the most highly awaited solution to the country’s most pressing national problems, which are too numerous to enumerate.

The President has vowed to sign the bill into law, even before it has hurdled Congress, despite the deep resentment it has already caused, especially among the nation’s overwhelmingly Catholic majority, who believe the State has no business organizing the private lives of its citizens, especially their intimate marital and family lives.

In a moment of unguarded exuberance, the President has declared he is ready to get “excommunicated” for wanting to require the state to provide the public with birth control methods, which the Church condemns as intrinsically evil. The laws of the Church do not provide for the excommunication of a doctrinally-challenged president, but we continue to hope that the President does not make himself impeachable by culpably violating the Constitution he has sworn to protect and uphold.

The Philippine Constitution proclaims the family as “the foundation of the nation,” and marriage as “the foundation of the family”, and “an inviolable social institution.” It specifically commits the State to “protect and strengthen the family as a basic autonomous social institution”, “defend the right of spouses to found a family in accordance with their religious convictions”, “equally protect the life of the mother and the life of the unborn from conception”, and defend the natural and primary right and duty of parents to be the primary educators of their children.

Going against all this, the bill is patently unconstitutional, void and tyrannical. It seeks to trample on the religious belief of the overwhelming majority of the population and require them, as taxpayers, to pay for the program that assaults their religious belief. The bill seeks to destroy not only the family but also the constitutional democratic state, which then becomes a totalitarian state. Ironically the violence is coming from reputedly the purest democratic sources.

The battle has just begun. Poised against us are the most powerful global forces determined to impose upon us what Pope Benedict XVI has called the “dictatorship of relativism,” which seeks to redefine and remake our human nature and our Christian culture and civilization. But they shall not prevail.

Guided by truth, reason, the rule of law, and the common good, our people remain firm in their right and duty to be faithful to God and sovereign in their own country, even if their political leaders should all malfunction. They will oppose any unjust law that seeks to trample upon their fundamental human rights, their consciences, their culture, and their Constitution.

(Mr. Tatad is a former Cabinet minister and Senate Majority Leader. He is a board member of the International Right to Life Federation and World Youth Alliance, two U.S.-based international organizations.)

SETTING HEARTS ON FIRE: A Spirituality for Leaders