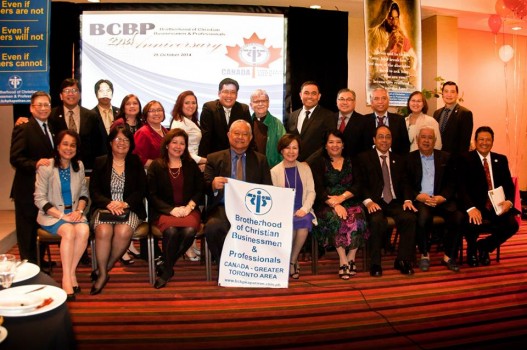 BCBP Canada – Greater Toronto Area was elevated to a chapter on October 25, 2014 after only two years as a Mission / Outreach.

During the chapter elevation ceremony, the governance team led by Etchin Sumagang as Chapter Head was also officially installed. It is the same team that has been serving the group since 2012.

BCBP Canada GTA had its first Breakfast on October 27, 2012. Over the past two years, there has been a flurry of evangelistic, formation and fellowship activities that saw the outreach grow to its current number of 83 active members. This phenomenal growth can only be attributed to the working of the Holy Spirit, allowing BCBP to take root in this part of the world.

DARKNESS IN THE MARKETPLACE

THE OLD IS GOOD

To God Be the Glory/