March 2 was a red-letter day for the Brotherhood of Christian Businessmen and Professionals in Cebu as it celebrated its 31st anniversary. A Holy Mass officiated by Cebu Archbishop Jose Palma opened the celebration which preceded the usual BCBP Saturday Breakfast Meeting. The affair was held at the Cebu City Sports Complex in the Ayala Cebu Business Park. 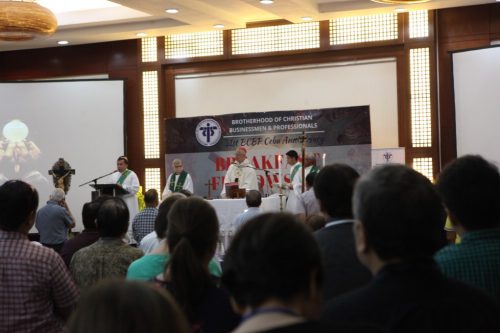 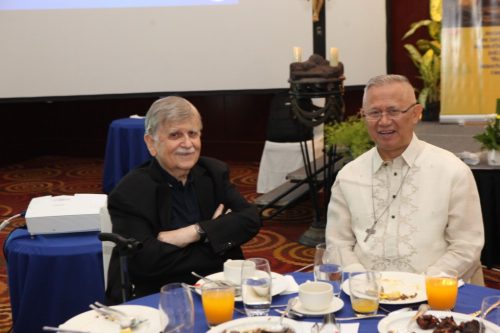 The whole Cebu BCBP community was honored and blessed by the presence of its special guest, Fr. Herb Schneider, S.J., its founder and spiritual director, all of 83 grace-infused years of vibrant service to God and the Church.

Born in Germany, Fr. Herb Schneider was ordained priest in June of 1970 In New York City. He arrived in the Philippines in 1961 and reminisced that his first two happiest years were spent in Lahug area in the heart of Cebu City. This illicited a hearty reaction from the Cebuano audience.

Fr. Schneider holds a Masters degree and a Doctorate in Sacred Theology. He taught and led the Loyola School of Theology at the Ateneo de Manila University.He is credited with having helped established various Catholic Charismatic communities in the Philippines like the Ang Ligaya ng Panginoon community in 1975, the Christ Youth in Action (CYA) and the Brotherhood of Christian Businessmen and Professionals (BCBP) in 1980, the Couples for Christ (CFC) in 1981 and the Ang Lingkod ng Panginoon in 1984. 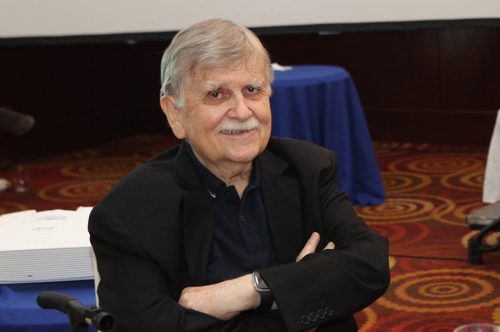 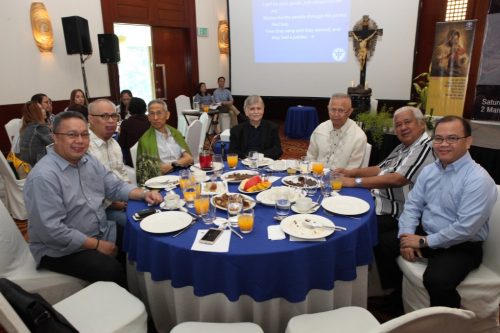 We were also privileged to have as guests leaders of Cebu’s various Catholic Charismatic communities namely: Vic Abarquez of the Couples for Christ, Bobby Tan of the Light of Jesus, Vic Cabral of the Love Flock and Sister Katrina Buletin of the Archdiocese Youth Council. 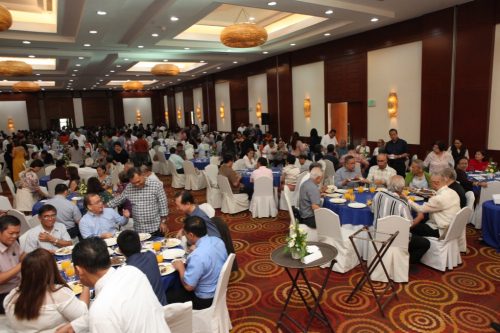 After the introductions, breakfast was served. Then followed the most awaited part of the celebration – the anniversary message of Fr. Schneider.

Fr. Herb opened his sharing by saying that occasions like anniversaries is “ a time to step back and take stock” and most especially to thank the Lord for blessings received; but at the same time such occasions “chronicle ageing.”
He then started to recall his younger years when he was very active in his ministry of organzing communities at the height of the blossoming Catholic Renewal Movement in the Philippines. At the ripe age of 83, he was now ready to share the many “challenges, joys and learnings that come with ageing” in his fruitful years of serving God and His people.

It is with joy that we are bringing to everyone the full text of Fr. Herb Schneider’s very inspiring and life-changing message in this video.

The anniversary sharing of Fr. Herb was met with a thunderous applause from a grateful BCBP Cebu community. Each one went home with the message imprinted in their hearts that “in serving the Lord, there is no retirement….BCBP is a spiritual work whose success rests on Prayer and Intercession, and unless the Lord builds the house, we laborers labor in vain.” 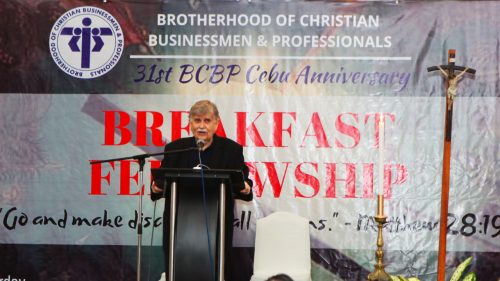 From the Cebu BCBP Community, we express our unending gratitude to Fr. Herb for his promise that “as long as I am able you can count on me standing shoulder to shoulder with you to bring Christ to the marketplace and win the marketplace for Christ.” Indeed the true mark of a good, untiring and faithful shepherd! 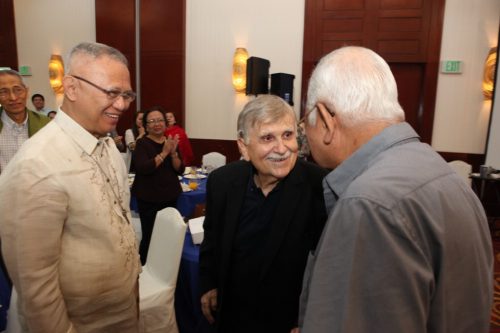 The final part of the program was an awarding ceremony for treasurers of the different chapters who were “100% compliant” this year. BCBP
National treasurer Marlene Abarratigue awarded the certificates to the treasurers of 9 of the 14 chapters in Cebu. 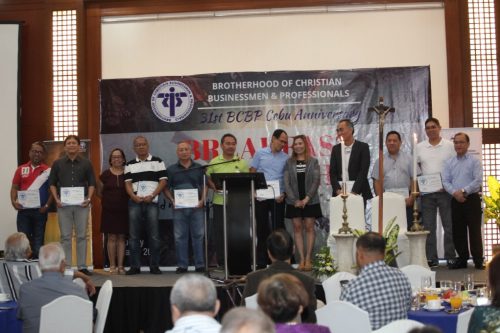