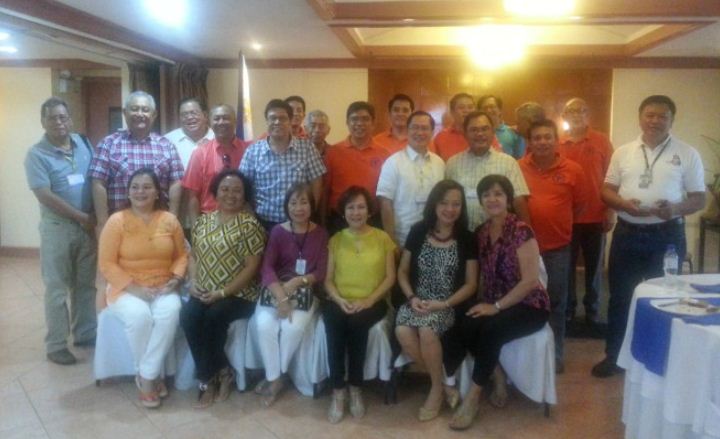 Gathered and back on its feet again after typhoon Yolanda’s fierce devastation, BCBP Tacloban re-launched its breakfast on May 24, 2014 with Bert and Loida Masiclat as sharers. The breakfast that was held at Hotel Alejandro gathered more than 10 first timers.

BCBP Cebu North chapter members together with Cebu RCD Boy Villanueva and wife Nena were there to support the activity and to give financial and material aid to the chapter.

To recall, after the typhoon, most of the chapter members and leaders sought refuge and were taken care of by the brothers and sisters in Cebu.

Present during the re-launching were Pres. Manny who was the speaker for the teaching night held at Fatima Tacloban Parish Hall with wife Reggie, North West Leyte RCD Bebot and wife Mila Gillesania, and AMD Nelson Dauz with wife Baby.

AMD Nelson gave an inspiring message before the end of the breakfast activity.

After the breakfast, BCBP Tacloban governance gave the visitors a tour of the place giving them a glimpse of what remained after Yolanda’s wrath.