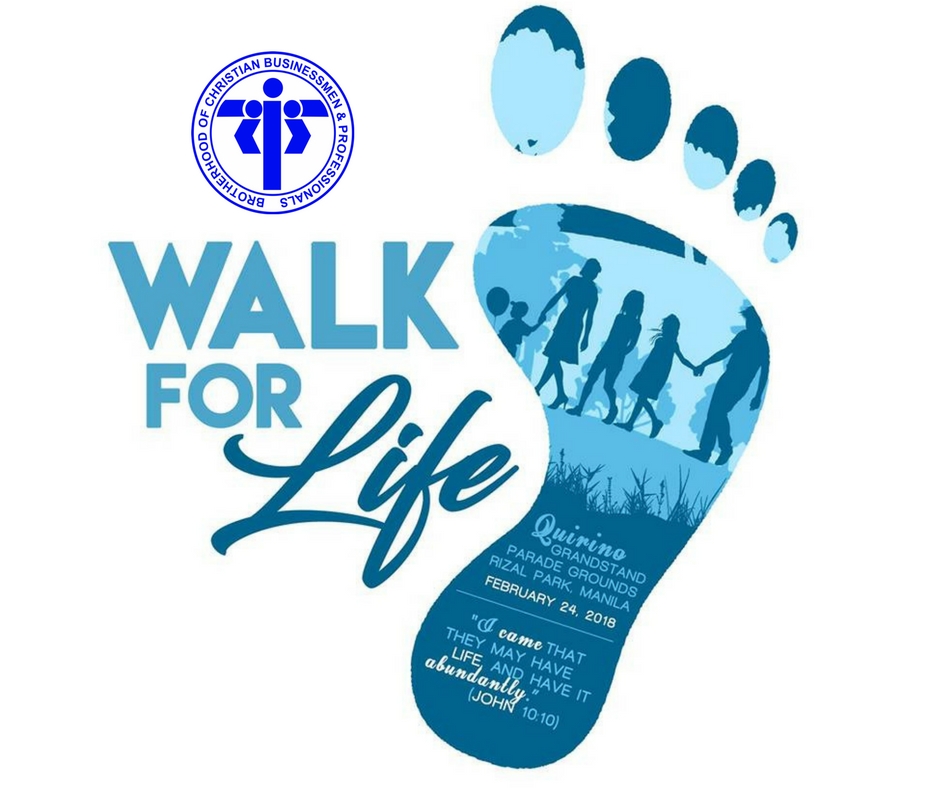 The Brotherhood of Christian Businessmen and Professionals (BCBP) will be joining thousands of Catholics in protesting against the growing culture of violence as it participates in this year’s Walk For Life on February 24 at the Quirino Grandstand in Luneta, Manila.

The BCBP National Leadership has announced that all chapters all over Metro Manila and nearby provinces as well as key cities in the country are encouraged to send participants to this very important event organized by the Sangguniang Laiko ng Pilipinas (SLP) of which the Brotherhood is a part.

No less than the Archbishop or Manila, Luis Antonio Cardinal Tagle, will be leading the Walk For Life in Luneta, the BCBP announced.

Aside from the one in Luneta, simultaneous Walk For Life events would also be held in Fuente Osmeña Circle in Cebu, Gaston Park in Cagayan De Oro, the Plazuela in Tarlac City, and Dagatan Boulevard in San Pablo City, Laguna.

The BCBP noted that the Walk For Life is not a political rally but an opportunity to voice out the Catholic stand on issues affecting their faith and Christian values such as the defense and respect for the sanctity of life.

Quoting the statement from the Catholic Bishops Conference of the Philippines, the BCBP explained that the “Walk For Life is for the life of every person who has been a victim of this culture of death. As Christians we stand together because we have the responsibility to care for our fellow human beings and to ensure that common good and justice must prevail.”

“The Walk For Life is not only meant to condemn the wrong that is being done, but also to pray that the hearts of those who pursue such wrongdoings may be touched and softened by God,” the BCBP said.

The Walk For Life will start at 4 am and end at 8 am. BCBP members who would be joining the event are encouraged to wear their BCBP Chapter or 38th National Annual Convention t-shirts.