By: Cielita B Francisco, BCBP Zamboanga 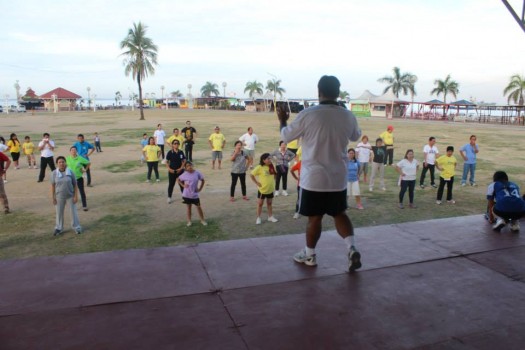 In support of the nationwide campaign of the BCBP BE HONEST Advocacy, BCBP Zamboanga Chapter on March 22, 2014 had a short program at the Paseo del Mar at 5:30 am, which included the community physical fitness program called HATAW. It was led by Sis Jingle and her daughter who made the activity really, really good for the oldies but yet able-bodied members.  The exercises, accompanied by appropriate music, made every member sweat to the max, and left some already exhausted after almost an hour of continuous exercise and cooling exercise steps. It was a refreshing activity.

Then after HATAW, the group was called to assemble for the motorcade. Balloons and tarpaulins were tied to every car in attendance for the motorcade. The motorcade was the next part of the program which ushered in the installation of two (2) BE HONEST billboards at specified sites. One was installed at west coast of the city, in Calarian, fronting the Barangay Hall, and the other at the east coast, in Culianan. There were about 15 cars in the motorcade headed by the mini truck of one of the members.

At around 9:00 am, the motorcade took off from Paseo del Mar to the main thoroughfare of the city leading to the designated site fronting Calarian Barangay Hall, for the first billboard. The group took posterity shots of the installation being done by the handymen in tow. Before leaving the area, Chapter Head, Bro. Lino S. Genel gave the Barangay Captain a tarpaulin printed with the BCBP Be Honest Advocacy for display in their Barangay Hall. 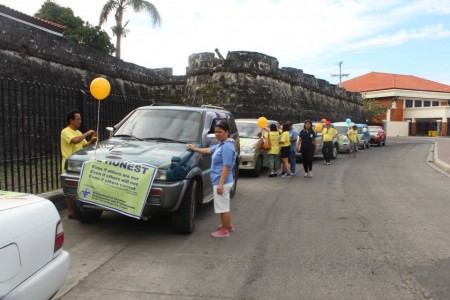 Then the motorcade continued its trip towards the east coast onward to Barangay Culianan for the second billboard. As the handymen were installing the billboard, pictures were taken. Soon as finished, the group headed to the resort of one of its members where they decided to have their fellowship lunch. After saying their thanksgiving prayer for a good weather and a worthy project, they partook of the food brought by members and stayed for about 2 to 3 hours more, allowing members to bond with one another.

………It was a wonderful, joyful day, and everybody felt good about having participated in this meaningful activity for the Glory of GOD! 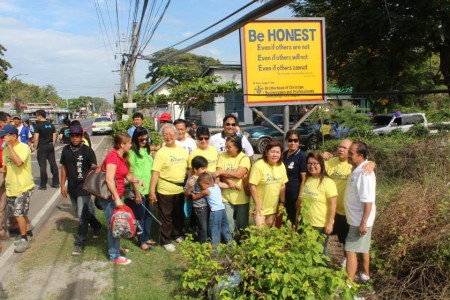