BEING BRAVE AND BOLD IN BCBP’S MISSION TO MASBATE

I stand before you tonight to boldly proclaim God’s saving grace in my life! I have been in the community for 8 years and had served in various capacities. It is my humble way of giving back to God the goodness he has done in my life.

Since the year 2000, BCBP Cebu has had plans to go on a mission trip to Masbate, but such plan has been put on hold for quite some time because of the peace and order issue at the place. 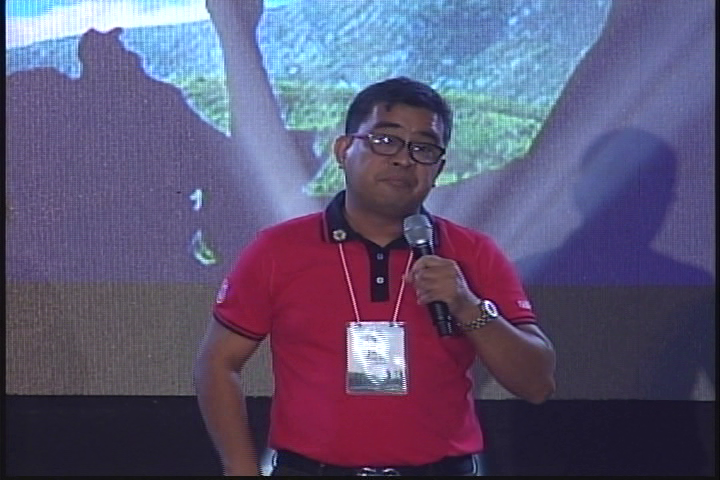 But in August 2012, I was asked by my Chapter Head to lead as coordinator for our Outreach Mission in Masbate. Without hesitation, I accepted the service despite my lack of experience in mission and the unfavorable remarks on the peace and order there.
Being part of the mission team means having to leave our families and our businesses for 3 days just to be in Masbate twice each month.

It takes about 12 hours overnight travel by land and boat to get to Masbate. We had to brave big waves and strong winds to cross to the island. There were times when we were stranded in Masbate because of the typhoons and unannounced cancellation of trips. Nevertheless, we still pushed on, in pursuit of our mission.

At one time, the trip from Cataingan, Masbate to Cebu was cancelled due to a bogged down vessel. But because of our business commitments the next week, the mission team was forced to take a motorized banca and crossed the sea for nine hours. It was one of the most risky decisions we made in our lives. It was always hard. But in all those travel challenges, the Lord was always there to protect and keep us safe.

On September 22, 2013, I experienced God’s ultimate miracle in my life. I was rushed to the hospital for chest tightness and difficulty of breathing after playing badminton with a BCBP brother. Little did I know, those were signs of impending heart attack. While gasping for air, I silently prayed the ‘Our Father’ and I noticed that it slowly eased my breathing and chest pain.

While we traveled to the hospital, all traffic lights were green, allowing us to arrive very quickly. A few minutes after arriving in the emergency room, my heart stopped beating and the monitor flashed a flat line. I saw myself in the woods but was floating as high as the trees with the green leaves touching my cheeks. I could clearly see the dry leaves below me. Then the electric shock brought me back. I thought I was dreaming, but in actuality I was dead for a minute. I awoke to my wife Golda, and my son Meejay crying at my bedside.

I underwent angioplasty and my doctor told me that had I arrived 5 minutes late, I wouldn’t have made it because the heart attack that struck me was referred to as the “widow-maker”. Some doctors and medical staff in the hospital told me, “Sir, mahal ka talaga ng Panginoon.”

Later on, I learned that BCBP community stormed the heavens, praying for me. It was so overwhelming to see brothers and sisters in the community constantly calling, visiting and praying over me in the hospital.

After recovering 4 months after, I was asked again by my Chapter Head if I’m willing to continue serving as Outreach Coordinator for Masbate. Without hesitation, I said YES. The Lord has blessed me with a second life, and I believe my purpose for living again is to be brave and bold — to continue winning people for Him, no matter where I am led.

Tonight, I am very happy to announce to you that through the Lord’s grace, we have 16 brothers and sisters from Masbate attending this NAC35 for the very first time. Let us welcome them and acknowledge their presence here in NAC 35!

We would also like for everyone to know that the Mission Director of BCBP Masbate was recently installed as the incumbent Governor of Masbate—Bro Vicente Revil. His sister-wife, Kaye is also the Vice Governor of the province. Let us pray for their new vocation, Brothers & Sisters.

I am a witness to the faithfulness of the Lord. He truly strengthens and guards us. Let us continue in the pursuit of our mission – to bring and win more and more people for the Lord! Let us… Be Brave. Be Bold!

Thank you, and to God be the glory!

GOD AND BCBP CHANGED MY BAD HABITS AND MY LIFE

GOD BROUGHT ME THROUGH THE BATTLE

Only by God’s grace.