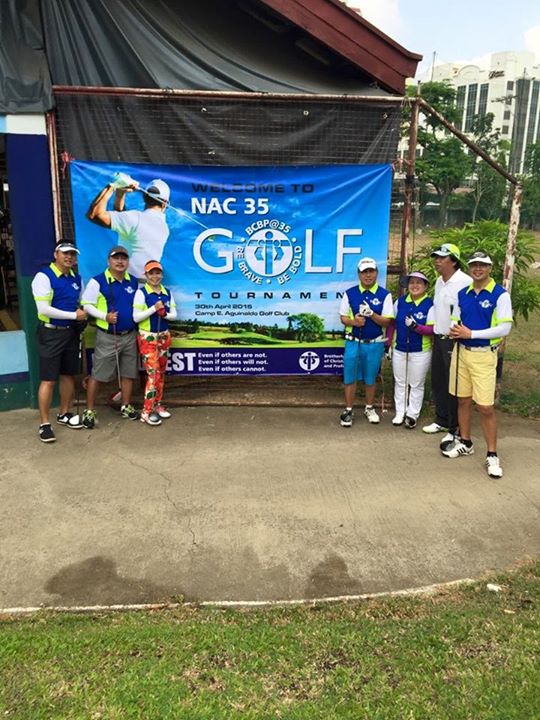 In the rush to beat the rainy season, a series of community golf tournaments, took place in three different courses; all for the assistance in BCBP mission projects and major events.

The latest tourney at Splendido Golf and Country Club in Tagaytay was the Catchfire Unity tournament. This was organized to help the communities raise funds for multi-community Catchfire praise and worship event held every November. Various player representatives from BCBP, Ligaya, Couples for Christ, etc. lent a hand (holding a golf club) to support this event.

Amongst the winners of this event were Makati Golfer Cesar Rubin who was Class A Champ (also acting as the emcee). Bro Eric Gustilo of BCBP Makati won as having the most accurate drive in such a difficult course. And finally the Team Champion trophy was won by BCBP besting other community golf teams. The winning flight was composed of Cesar Rubin, Opie Nioko and Joe Bantiling. Makati team members in other flights included Danny Silbor, Ronnie Caballero and Eric Gustilo. 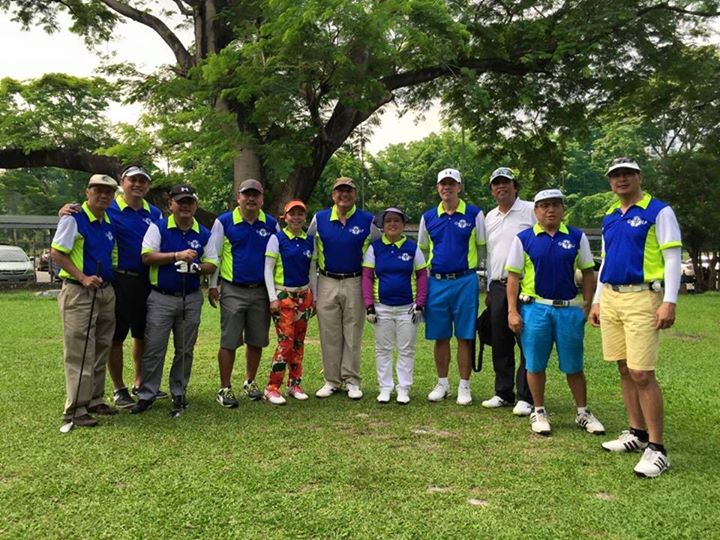 Before this was the annual BCBP’s anniversary NAC 35 golf tournament held in the Camp Aguinaldo Golf club. This tournament for BCBP only marked the start of the fellowship events for the NAC35 at SMX. It was organized by the Metro Manila Region spearheaded by Janssen Bautista. Makati Golfers again figured in many of the Championship Categories. The “Nearest to the Pin” was won by National President Joey Avellana”, “Longest Drive” was won by Bro Ruel de Castro, and Sister Libay Robles was Ladies Champ. President Joey Avellana was also Class A runner up; Bro Rico Robles was Class B runner up and Bro Eric Gustilo was Class C runner up. Brother BCBP National Chairman Roy Calleja was the special guest during the awarding Ceremonies.

It is ironic that Makati Golfers did not do as well in its own “Fore His Glory” tournament, now on its fourth years at Ayala Greenfields. This is an annual tournament organized “single handedly” by CIGA or the Christians in Golf Association, the name by which the BCBP Makati Golfers address themselves.

CIGA or the ‘Christians in Golf Association’ of Makati Chapter golfers have found themselves in a position of spearheading Community golf tournaments, especially this year. To this day the members remain still an informal golf group belonging to different clubs and yet remaining inspired by their BCBP membership to pitch for the missions and major events. It is currently headed by Bro Rico Robles assisted by Tournament Director Jay Cruz. All are active BCBP breakfast goers. Prominent members include National President Joey Avellana and National Coordinator for Formation, Bro Ronnie Caballero.

And finally to mention a smaller, kind of private tournament held at the Malarayat Golf and Country Club. Bro Ruel and Sis Liberty de Castro celebrated their anniversary and Ruel’s birthday with their own little tournament. We have always proven that in our own way, golf fellowship can help us gain new members thru the game. Bro Ruel and Sis Liberty are a witness to that.

Golfers can evangelize. Fore His Glory!

5 EASY STEPS TO AN INTENTIONAL MARRIAGE

YOUR LOVE KEEPS LIFTING ME HIGHER