COMMITMENT CAN BE A LONELY WORD 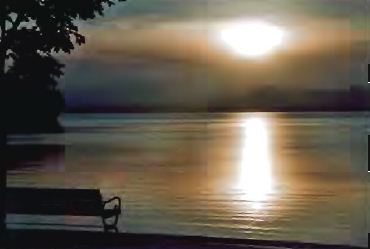 Several months back, I wrote about the speech of a high-ranking government official who struggles to make ‘honesty in public service’ a way of life. I felt it was a rare act of humility and courage for him to admit that he could not do it on his own without God’s help through his prayers and that of his fellow BCBP members.

He recalled giving a promise to his constituents of an honest governance which he intends to keep while still in office. So far his actions tend to support that promise. Honesty is such a lonely word because it is generally perceived to be difficult to put into practice.

Commitment is also another word very often used but difficult to observe. Commitment is defined as the quality of being dedicated to a cause, activity or goal.

Many of us, if not all, are committed to the Vision and Mission of BCBP, and we do our share to keep BCBP alive. However, instead of expanding our territory, we find difficulty bringing fresh blood into the BCBP through our breakfast fellowships and Christian Life Programs. Even the few that we have are beginning to slip though our fingers. This concern has repeatedly been brought down from the governance to the action group level but this has failed to galvanize the members into action. We are vocal with our suggestions on how things should be done, but when we are asked to serve, we decline because we have other important things to attend to.

In Luke 14:16-20 Jesus gave a similar story:
“A man once gave a great banquet and invited many. And at the time for the banquet he sent his servant to say to those who had been invited, ‘Come, for everything is now ready. ‘ But they all alike began to make excuses. The first said to him, ‘I have bought a field, and I must go out and see it. Please have me excused. ‘ And another said, ‘I have bought five yoke of oxen, and! go to examine them. Please have me excused. ‘ And another said, ‘I have married a wife, and therefore I cannot come.”

We are all willing to follow Jesus but oftentimes we put conditions to our service and Jesus knows what is in our hearts. Luke 9:57-62 relates of another incident when our willingness to do his will gets tested.

“Put God first in your life and He will bless you with all your material needs” is the constant advice I heard in the early years of my life in BCBP. it paraphrases Jesus’ exhortation in Matthew 6:33 where he says, “But seek ye first the kingdom of God and his righteousness and all these things will be added unto you.” T often use this verse to deliver my “sermon” to couples who come to me for their civil weddings even if I know that their minds are already somewhere else. Truly, God’s word takes time to take root especially when we are confronted with problems and difficulties. Jesus understands this so that he took time to explain the parable of the seeds in Matthew 4:13-20 so that people may understand it better.

And he said to them, “Do you not understand this parable? Now then will you understand all the parables? The sower sows the word. And these are the ones along the path, where the word is sown: When they hear. Satan immediately comes and takes away the word that is sown in than. And these are the ones sown on rocky ground: The ones who, when they hear the word, immediately receive it with joy. And they have no root in themselves, but endure for a while; then, when tribulation or persecution arises on account of she word, immediately they fall away. And others are the ones sown among thorns: They are those who hear the weed, but the cares of the world and the deceitfulness of riches and the desires for other things enter in and choke the word, and it proms unfruitful. But those that were sown on the good soil are the ones who hear the word and accept it and bear fruit, thirtyfold and sixtyfold and a hundredfold.”

Do we hear God’s word and let it sink into our hearts and minds? if we do, what is our response to his call to service?