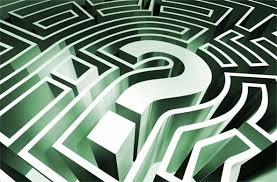 Many books and articles have been written on the phenomenon of midlife crisis. Most people are living longer now, a phenomenon that Robert N. Butler has called a triumph of survivorship rather than a cause for despair. Midlife crisis occurs during middle adulthood (40-65 yrs. old), a stage posited by Erik Erikson on the different stages of human life cycle. He also calls it a psychosocial crisis, a stage of generativity versus stagnation.

The middle years of adulthood are the most productive period. Men and women in their forties are usually at the peak of their careers. Women, who are mothers, have less responsibility at home because the children are growing up, and can devote more time to career or civic activities. Common nowadays are women who enter politics. In fact most of our present congresswomen are in middle adulthood..

Last August 31, 2010, my wife Hedy and I were invited as resource speakers by the PPA Region 10 on Gender and Development with Focal Point on Menopause, Andropause and Midlife Crisis. These topics we believe are also relevant for our community so I would like to share some thoughts on this phase of life.

Some of the salient features in middle adulthood are feelings of satisfaction which come from helping teenage children become adults, from providing for others who need help and seeing their contributions to society as valuable. Depression sets in when the person realizes that he/she has not achieved the goals he/she set for themselves as a young adult. It may also come from the belief that what they are doing is not important

Longitudinal studies in men show that they experience a period of emotional turmoil centered around conflicts about sexual relationships, family roles, and work values. Middle adulthood is also that period in life characterized by a decrease in biological and physiological functioning.. A knowledge about this is important otherwise many complications enter into the picture. A gradual decline in estrogen secretion for women causes hot flushes, anxiety, depression and irritability. In men there is a decline in male hormonal secretion and they must adapt to a decline in biological functioning and over-all physical vigor.

What’s even more intriguing about this stage is that most men are not aware of what it is. When sexual inadequacy sets in, the man sees it as a threat. He wants to prove to himself that he is still “macho” by having an extramarital affair.

Let me share with you an actual example. A 45 year old,male, married, a successful professional, married to a beautiful career-oriented woman, about the same age, with three children, two boys and one girl, two of them about to become doctors like their father, consulted a marriage counselor because of an impending legal separation filed by the wife due to infidelity.

To cut the story short, the wife after a call from the counselor submitted herself
for counseling. A few weeks later both of them consented for a simultaneous couple counseling. It was a no holds-barred session with each of them opening upon subjects ranging from the extra-marital affairs, to feeling neglected and unwanted, to sexual inadequacies, to one or another always away from home attending civic club meetings, etc. The timely intervention made them aware that they were both in a very crucial stage in their lives. This was a classic case of midlife crisis in one’s journey through life. The case was dropped, the children were happy and just like the proverbial saying ”and they live happily ever after”.

Another important phenomenon that is commonly experienced in middle adulthood is the so-called “empty nest syndrome”. Depression sets in when the youngest child leaves home and there exists no alternating life-style as a compensatory mechanism.

But these are normal turning points in middle age that can be mastered without distress. I believe that my coming into the BCBP Brotherhood at the age of 50 was providential. I was at the right place at the right time. Other brothers who joined earlier in their lives are also blessed. Our lives which were in turmoil and in disarray were put in order because He is a God of order. When He called us, we answered. We did not turn away from Him. We mastered the inner turmoil within us in this stage of middle adulthood.

We listened to Him attentively in the silence of our hearts. With confidence and trust we allowed God to be in control. ”True peace is born only from the discord of a purifying storm”. We now trust that God will never let us fall (again) into deep distress by relying on Him to lead and by giving Him the reins to be fully in charge.

In the crisis of midlife, a transfer of command needs to take place. As St. Paul says “ I live now, not I, but Christ in me”.

THE MINISTRY OF WOMANHOOD

Bro/Sis its nice 2 cope up w midlife crisis tho am an active member of BCBP since 1997 i find it difficult 2 forget the misfortune i am now experiencing. My Bro husband died 4 having been cursed by my corrupt admi when he called his corrupt practices. It has been 2 yrs now but it pains am left alone working in the vineyard of the Lord