February 4 – BCBP QC Chapter Anniversary
Six of my HS’68 classmates attended their first BCBP breakfast. I had told them during their January CDO visit that Beng and I would be the couple sharers. Five are QC residents and agreed to attend the breakfast.
The Manly Challenge for the BCBP QC breakfast team is to follow up these classmates of mine. Our alma mater taught us to be Men for Others and Men of Prayers. In the BCBP, they will learn to be Men with a Mission of bringing and winning Christ in the market place.

February 5 – PDI Headline: “ 2 Women fight over XXXX body”
Two women (wife #2 and wife #3) claim for the cadaver of their husband. Wife #1 does not care to be involved in the squabble so she is not mentioned in the news paper. Wise move on her part.
If I were the judge, the verdict would be a choice of: ‘jack en poy’ or ‘head or tails’ using the peso coin and not the cadaver. Sounds simple but in reality the inheritance to the wealth of the deceased is what matter most in this legal battle.
The Manly Challenge is to stick to your original spouse. Keep life simple so you may save for your senior years and grow old gracefully.

February 18 – BOT & MANCOM MEETING at CDO
Day 2 – 7:30AM Leave Mallberry Hotel for Mapawa Nature Park (MNP)
I was almost 100% impressed that the BOT-ManCom brothers were all in the three vans and left exactly 7:30. However, twenty minutes later as we reached the pinnacle of MNP, a member called Loy Judan that he had been left behind. 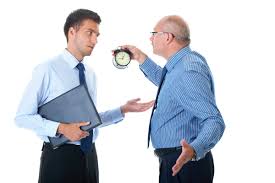 The Manly Challenge is to be ready 15 minutes earlier than the scheduled time – BCBP time! And to have a roll call prior to departure.
The spouses had their schedule at 9AM. Beauty rest is very important for a joyful wife and lack of rest can lead to X%@!.

The Meeting started on time – 9AM and ended NOT on time, 6:30PM or 2 hours more than the scheduled 4:30 PM. Why?
• We had 8 items on the agenda and 22 items on the sub-agenda.
• The role and responsibilities of the newly created Directors for: (1) Leadership Development, (2) WoSSY for Women, Senior, Singles and Youth and (3) Social Advocacy had to be defined and understood properly.
• We had a total of 2 hours’ breaktime.

The BOT & Mancom- Manly Challenge agreed on the following:
• There should be no overlapping in the Formation and the Leadership Training.
• BE HONEST oratorical contest is OUT; the intended logistical resources can be used more effectively in the advocacy against corruption.
• Action groups should administer caring and healing thru pray-overs of the members.
• The Chapter Mission Director shall institutionalize Women’s Events instead of having a ladies’ breakfast.
• The 3 S of Seniors refer to: (1) Senior Member – former Chapter Head who has completed the 3 years term, (2) Senior Leaders refer to the pillars and the governance team members, and (3) Senior Citizen – a member who is 60 years old and above.
• Breakfasters taking the BCLP are reminded to bring their wives. The BCBP prioritizes a couple culture.

Till then my BCBP sisters and brothers, let us go for the Manly Challenge.

WHAT DO BCBP MEMBERS EXPECT FROM A LEADER’S WIFE?

Brother Bong, i don’t really know what went wrong with my first comment on your article ” The Manly Challenge”.Anyway, congrats again to a very inspiring write-up.And happy wedding anniversary today !