“DO NOT PRESERVE GOD’S GRACE IN A SAFE!”

Do Not Preserve God’s Grace in a Safe!
Pope Francis Says Christians Are Called To Use “Talents” For the Benefit of Others 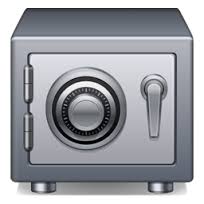 VATICAN CITY, November 16, 2014 (Zenit.org) – God calls us to make the wealth He has entrusted to us grow, not to lock it in a safe. This was the theme of Pope Francis’ address during Sunday’s Angelus prayer. The Holy Father reflected on the Gospel of St. Matthew, which recalled the parable of the talents: a parable, he said, with a “very clear” meaning.

“The man of the parable represents Jesus, we are the servants and the talents are the wealth the Lord entrusts to us,” he said. “What is this wealth? His Word, the Eucharist, faith in the Heavenly Father, His forgiveness, so many things. In short, his most precious goods.”

The Holy Father noted that while the word “talent” is often referred to someone’s exceptional skill in music or sports, its use in the Gospel is meant to represent the goods given to the faithful by the Lord. However, like the servant who buried his talent, Christians may also block “the creativity and fruitfulness of love” out of fear.

“Jesus does not ask us to preserve His Grace in a safe!” the Pope exclaimed. “He wants us to use it for the benefit of others and that’s how it grows. It’s as if He tells us: ‘Here is my mercy, my tenderness, my forgiveness: take it and use it.’”

“And what have we done with it? Who have we “infected” with our faith? How many people have we encouraged with our hope? How much love have we shared with our neighbor?”

The 77 year old Pontiff went on to say that the talents entrusted to the faithful can only bear fruit through “the Christian presence and witness”. The parable calls Christians to not bury the Word of the Gospel, but “to make it circulate in our life, in our relationships, in our concrete situations.”

Departing from his prepared remarks, the Pope called on those present in St. Peter’s Square to read and meditate on the parable of the talents. He also called on them to ask whether they make the talents entrusted to them by God “grow in others” or “preserved in a safe.”

Prior to reciting the Angelus prayer, Pope Francis urged the faithful to not be fooled by fear and to remember that “God trusts us” with the talents he has given.

“Do not be fooled by fear,” he said. “Reciprocate trust with trust!”

FAMILY ISN’T ABOUT ‘CONSERVATIVE’ OR ‘PROGRESSIVE’; BUT ABOUT FIDELITY AND FRUITFUL LOVE