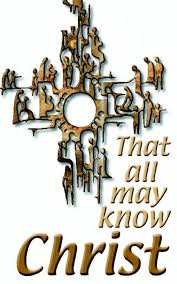 “The Eucharist thus appears as both the source and the summit of all evangelization.” –Pope John Paul II, Ecclesia de Eucharistia (Encyclical letter on the Eucharist in relation to the church, 2003)

Back in 1988, I responded to the call of our parish priest to volunteer to be trained as a Eucharistic Minister. After 3 full theologically heavy lecture days about liturgy, we were ready to be installed in our parish. Ascending to the altar to open the tabernacle for the first time was an experience forever imprinted on my heart. There was an unexplainable aura of sacredness that I had never experienced before in church or in all the masses I had attended before. And that has never left me since. Instead, the feeling just expanded and grew through all the years.

In contrast, only yesterday I was reading an article about Brazil where Catholics are leaving the church by the thousands to become evangelicals. It makes one wonder, am I on the wrong side of the fence? Is there something I am missing as a BCBP-evangelized Catholic charismatic fully alive in the sacraments?

Now, I am truly grateful to Dr. Scott Hahn who illuminates these issues beautifully in his book, Evangelizing Catholics. He says:

‘Like many Catholics and most Protestants, I tended to think of evangelization as the initial proclamation of the Gospel or bringing someone to belief in Christ. Introducing somebody to Jesus as the Savior meant proclaiming the kerygma — helping them understand that (1) God loves us, (2) we have sinned, (3) Christ has died and risen to save us, and (4) we have to respond with faith.’

Is this then evangelization’s end game?

Dr. Scott continues, “As evangelical Protestants see it, the goal of evangelization is leading someone to belief in Christ, a belief expressed through what they call the Sinner’s Prayer, which goes something like this; Lord, thank you for your love, I admit that I have sinned, but I confess that Jesus died for my sins, and I want to give my life for him as he gave his life for me.” That’s not to say they believe a person’s faith journey ends with the Sinner’s Prayer. A life of belief — reading the Bible, going to church, obeying the commandments — should follow. Nevertheless, once someone prays that (sinner’s) prayer, evangelicals consider the deal done. Once saved, always saved.

“For Catholics, however, it’s a bit more complicated. Just getting someone to say the sinner’s Prayer isn’t enough. It’s beautiful. It’s essential. But it isn’t sufficient. It’s only the first step of the Prodigal Son on his journey back to his Father’s house. It’s not the final destination. It’s not the end game. The endgame is heaven. And the way to get there is through the Eucharist. It’s through our full participation in the Body of Christ, receiving God’s own life through the sacraments.”

For me, it was so liberating to read these words! We are after all, as Catholics, on the right side of the fence and it doesn’t make sense moving away from the Church and the sacraments. Can you now imagine how important our sacramental life in the church is?

Dr. Hahn closes with this, “That’s what John Paul II meant when he said evangelization must be based on the Eucharist. The more I contemplated his words, the more I came to see that he was drawing from the wisdom of the Church Fathers, who understood evangelization not as a transaction — where we offer an idea to someone and they either buy it or don’t buy it — but rather as a divine romance played out over the course of a lifetime in liturgical, sacramental, and devotional life of the Church.”

No wonder then when I looked at the Eucharist for the first time as a Eucharistic Minister through the doors of the tabernacle in 1988, I realized with awe and joy that My Lord and My God was and is constantly going to accompany me on this great journey through life to heaven in His full transubstantiated Person, no less.

DISTURBING THOUGHTS: “TO BE OR NOT TO BE..?”

THE ESSENTIAL ROLE OF THE FATHER

WHAT MATTERS IN LIFE