“EVERY THREAT TO THE FAMILY IS A THREAT TO SOCIETY ITSELF”

ROME, February 26, 2015 (Zenit.org) – “Fidelity” and “indissolubility” remain indispensable conditions of Christian marriage, confirmed Cardinal Kurt Koch, President of the Pontifical Council for Promoting Christian Unity, during a conference on the contents of the forthcoming Synod, held a few days ago at Battaglia, of which ample excerpts were reported in today’s edition of L’Osservatore Romano. 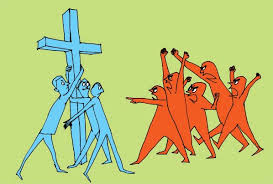 In his reflection, the Swiss Cardinal takes note of the present crisis of marriage and of the exponential increase in separations and divorces, singling out as one of the main reasons the “generalized and growing incapacity of persons to take binding and definitive decisions.” It is the triumph of what Pope Francis calls he “culture of the provisional,” according to which “definitive decisions and fidelity are no longer counted among the primary values, because men have become more inconstant in their relations and, at the same time, more desirous of relations.”

Many people seem to exclude a theoretical prospect of “something definitive,” foreseeing already at the start “the eventuality of a failure.” However, the Christian prospect is totally opposed to this and holds that fidelity to a “yes” pronounced to another human being,” will not be crystallized, but will learn ever more profoundly to open itself to the “you” and, in doing this, to attain one’s freedom,” said Cardinal Koch.

In merit of the Synodal debate on the possible conditions of readmission to the Eucharist of remarried divorced persons or those living together, the Cardinal said he was “convinced that credible and useful answers can be found to this thorny question, only if one has the courage to call the problems that are at its base by their name. Therefore, the matrimonial pastoral needs “a good preparation to marriage, a matrimonial catechumenate equivalent to the old time of engagement.”

Moreover, Christian conjugal love “cannot be limited to itself and turn exclusively around itself, but must come out of itself through children and for children. It is only through the child that marriage becomes family.” Therefore, openness to the “transmission of human life” is indispensible because, “with children, the responsibility of the future is entrusted to parents, so that the future of humanity passes fundamentally by the family.” The refusal to bring children into the world is due primarily to a future that has become “so uncertain as to induce spouses to ask themselves, with concern, how it is possible to expose a new life to a future perceived as unknown,” said the Cardinal.

However, it is not enough to transmit “biological life.” It is necessary to transmit life “in a full sense, or in a sense that resists the crisis of life and bears in it a hope that is revealed stronger than any uncertainty of the future.” By considering children as “the family’s most precious good,” Christian parents launch a “prophetic sign,” which answers the demographic fall, “sign of a lack of confidence in life and of hope in the future.” 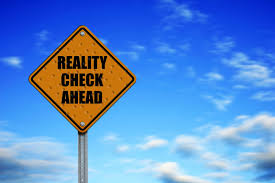 Man’s dignity and the family’s dignity go together and “today’s calling into question the institution of the family represents as well an attack on the Christian concept of the human person,” as the then Cardinal Joseph Ratzinger observed in the 80s. Pope Francis recent words echo this who, during his trip last month to the Philippines, affirmed: “Every threat to the family is a threat to society itself.”

Stressing that “with the family the stakes are high for man and for society,” the President of the Pontifical Council for Promoting Christian Unity reminded that the forthcoming Synodal Assembly “will have to address important challenges, which it will be able to meet only if it proclaims the Gospel of marriage and of the family,” understood not as “a threat or a limitation of human freedom” but as “its most authentic realization.”

Therefore, “if the highest possibility of human freedom consists in the capacity to fulfill definitive choices, then one will succeed in being free only if one is able to be faithful and only one who is free can be truly faithful. In fact, fidelity is the price of freedom and freedom is the prize that conquers fidelity,” concluded Cardinal Koch.

POPE’S MESSAGE FOR WORLD YOUTH DAY : HAVE THE COURAGE TO BE HAPPY