FAMILY ISN’T ABOUT ‘CONSERVATIVE’ OR ‘PROGRESSIVE’; BUT ABOUT FIDELITY AND FRUITFUL LOVE

Pope: Family Isn’t About ‘Conservative or Progressive’
Says Complementarity of Man and Woman Is Not Just Good But Beautiful

VATICAN CITY, November 17, 2014 (Zenit.org) – Family is an anthropological fact, says Pope Francis, not something that can be qualified by “ideological” or “conservative or progressive notions.”

The Pope said this today as he opened a colloquium being sponsored at the Vatican by the Congregation for the Doctrine of the Faith and other curial groups on the complementarity of man and woman. 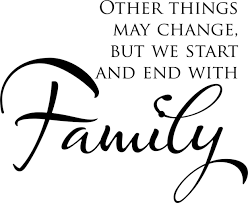 Speaking of the theme, the Holy Father quipped at the beginning of his address: “You must admit that ‘complementarity’ does not roll lightly off the tongue!”

But, he said, to “reflect upon ‘complementarity’ is nothing less than to ponder the dynamic harmonies at the heart of all Creation. This is a big word, harmony. All complementarities were made by our Creator, so the Author of harmony achieves this harmony.”

Pope Francis described the complementarity of man and woman as a “root of marriage and family.”

“For the family grounded in marriage is the first school where we learn to appreciate our own and others’ gifts, and where we begin to acquire the arts of cooperative living,” he said.

Family generally “provides the principal place where we can aspire to greatness as we strive to realize our full capacity for virtue and charity,” the Pontiff reflected. Families give rise to tensions but “also provide frameworks for resolving such tensions. This is important.”

Pope Francis said that in this context, complementarity is not understood as a “simplistic idea” where the “roles and relations of the two sexes are fixed in a single, static pattern.”

“Complementarity will take many forms as each man and woman brings his or her distinctive contributions to their marriage and to the formation of their children — his or her personal richness, personal charisma,” he said. “Complementarity becomes a great wealth. It is not just a good thing but it is also beautiful.”

Pope Francis spoke of marriage and family today as “in crisis.”

“We now live in a culture of the temporary, in which more and more people are simply giving up on marriage as a public commitment,” he observed. “This revolution in manners and morals has often flown the flag of freedom, but in fact it has brought spiritual and material devastation to countless human beings, especially the poorest and most vulnerable.”

The Holy Father spoke of the crisis in family as something that demands a “new human ecology,” saying it’s now understood that the natural environment has to be protected, but that “we have been slower to recognize that our fragile social environments are under threat as well.”

“It is necessary first to promote the fundamental pillars that govern a nation: its non-material goods,” he stated. “The family is the foundation of co-existence and a remedy against social fragmentation. Children have a right to grow up in a family with a father and a mother capable of creating a suitable environment for the child’s development and emotional maturity. That is why I stressed in the Apostolic Exhortation Evangelii Gaudium that the contribution of marriage to society is ‘indispensable’; that it ‘transcends the feelings and momentary needs of the couple.'”

Longings of the heart

Pope Francis concluded with a request that those in the colloquium emphasize “yet another truth about marriage: that permanent commitment to solidarity, fidelity and fruitful love responds to the deepest longings of the human heart.”

He asked them to help youth so that they don’t “give themselves over to the poisonous environment of the temporary, but rather be revolutionaries with the courage to seek true and lasting love, going against the common pattern.”

“I pray that your colloquium will be an inspiration to all who seek to support and strengthen the union of man and woman in marriage as a unique, natural, fundamental and beautiful good for persons, communities, and whole societies.” By Staff Reporter

Other comments on marriage and family relationships by Pope Francis on October 25:

He warned against the common view in society that “you can call everything family, right?”

“What is being proposed is not marriage, it’s an association. But it’s not marriage! It’s necessary to say these things very clearly and we have to say it!” Pope Francis stressed.

He lamented that there are so many “new forms” of unions which are “totally destructive and limiting the greatness of the love of marriage.”

Noting that there are many who cohabitate, or are separated or divorced, he explained that the “key” to helping is a pastoral care of “close combat” that assists and patiently accompanies the couple. – See more at: http://www.mercatornet.com/sheila_liaugminas/view/15171#sthash.Lu2OJICm.dpuf

“DO NOT PRESERVE GOD’S GRACE IN A SAFE!”

WHY ARE MAN AND WOMAN DIFFERENT?