I’m down with the flu today and thinking of what I can do. I probably should be sleeping now, but here I am, typing my thoughts away.
We are one Saturday away from the end of the BCLP 48 of BCBP Alabang. Around this time last year, I was one of the people who took BCLP 47. This year, we chose to serve. Jeff is part of the music ministry, and he recently accepted the calling as the chapter’s breakfast head. I, on the other hand, is on the content creations team.
I’m not a newbie in church service. I grew up in the music ministry in our previous churches, but something happened along the way and I just stopped going to church altogether. Fast forward to last year’s CLP which probably helped me heal from the past, and was followed by a marriage retreat earlier this year. My service to the community didn’t take off right away after the CLP. Instead, I had so many fights with my Jeff who would always invite me to join, and would end up feeling bad when I say no. I made up many excuses–my head hurts, I need to pack for our trip, or I simply just don’t want to go.
One weekday night, he told me that the DLFs–God bless their hearts–had a few questions regarding the management of the social media accounts of the BCBP Alabang Breakfast FB Page. So I went with him and they asked me and I started babbling on and on. The night ended with us agreeing that we will start a breakfast video campaign. I realized, “WHAT?
DID I JUST SAY YES TO SERVICE?”
We ended up producing 18 breakfast videos. EIGHTEEN! For someone who didn’t want to enter service, I’m quite a productive one. Haha! And maybe, this was also Jeff’s prelude to his breakfast head calling. 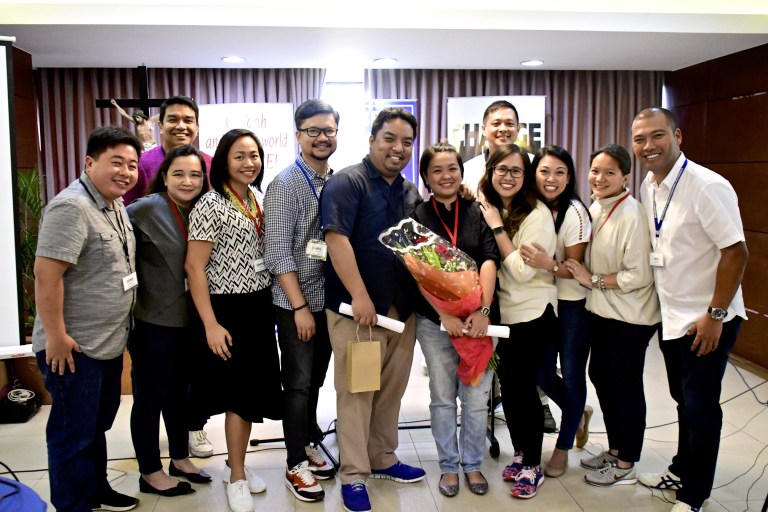 The breakfast videos gave birth to another series, The CLP Stories. We gathered couples in the community who attended their CLP in the past and made them share their stories. I started to loosen up. We blocked off ALL our Saturdays from July until September, and I mean all of them. We were never absent! I also started investing on my stuff (aka I gave myself a reason to shop). Haha! I got a better camera for video recording, purchased microphones and lapels, lights, editing software, Jeff even got me an iMac for better editing! (although I feel like he just did that because he wants my old Macbook). I’m just a hobbyist who knows nothing–heck, I don’t even know what an LUT is!–but I felt the urge to do better because this is the Lord’s work that I’m doing. Wow, that sounded so mature, doesn’t it? Gone were the days that I do stuff for myself and my name. And making up excuses. 😛
Somewhere along the way, we were also called to share our story. It took quite a while for me to say yes, although Jeff was game right away. I was kinda iffy with the idea of sharing my life to other people, Jeff kept pushing me. You see, Jeff and I came from different backgrounds. He was a Catholic, I am not. I was from a small town in Rizal and he’s from the city. He lived comfortably while I didn’t. I wouldn’t say we were poor, but we were not rich. I studied in public schools, lived off scholarship grants in high school, and my parents were not office workers (my mother was a factory worker and my father was a security guard). We are not rich, but I’m so proud of my family. So anyway, I finally said yes, and we did our couple sharing in the morning of the first day of BCLP48.
I continued making content and producing videos for BCLP48. I took videos of the day and made one minute versions ala same day edit. Please note that I’m still not a pro. I’m praying that someone will join our team who can help us make videos for the community.
“Katoliko ka na ba?”
I just kept getting this question since BCBP is mainly a Catholic community. The answer is no. I’m still a born again Christian who serves the BCBP Alabang community. Because why not? One night after the usual CLP session, Jeff and I were talking in the car and I suddenly said, “I think I finally figured out why.”
Growing up as a Protestant, I have always had a pre-conceived notions about Catholics–that they don’t like us, that maybe they will treat us differently– stuff like that. But this community was quite a surprise to me. They actually sing Hillsong during praise and worship, they raise their hands, jump, cry, and just soak in the goodness of the Lord. Boy, I was wrong my whole life because we weren’t so different after all! Maybe the wrong conceptions were caused by zero communication. Nobody dared to ask what they were doing, we just kept on judging people from the outside. Go ahead and judge me, but I’m happy with the status of my spirituality at the moment. 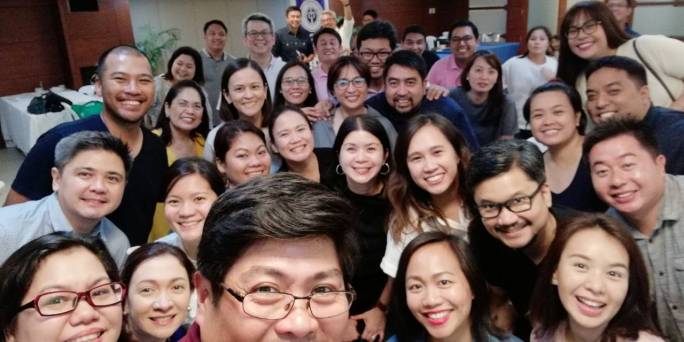 In one of the sessions, the speaker said, “The community doesn’t need you, you need the community.” It hit me so hard. If one day I decide to stop going to BCBP, they will find someone new to do their videos. It’s not like I’m the only person out there who had so much time in the world. I kept getting compliments from the members of the community, that the videos are good, thanking me for my service–but somewhere along the way, I had a eureka moment. More than giving my service, I was getting much more from it. Hearing people’s stories first hand, in their rawest forms, changed me little by little. Most of them were inspiring, some tearjerking, but all of them are life-changing. I always get something out of it, something more compared to what I give.
Lastly, I’d like to share what our action group leader said the other week, “The Lord has blessed us so much, so when He asked me to do something, how can I say no?”
(Text and photos reposted from the author’s blog, www.misistagle.com. To view the BCBP Alabang videos, check out Breakfast at BCBP Alabang Facebook page).
0 comment
0
FacebookTwitterPinterestEmail