GOD PREPARES US FOR OUR MISSION

Pope’s Morning Mass: God Prepares Us for Our Mission
Says God Leads Us Through Process to Ready Us for His Will 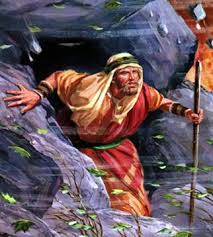 VATICAN CITY, June 13, 2014 (Zenit.org) – When the Lord wants to entrust a mission to us, “He prepares us” to do it well. And our response should be based on prayer and fidelity. That was the main reflection offered by Pope Francis today during his homily at the June 13 morning Mass in Casa Santa Marta.

In his homily, Pope Francis took the story of Elijah from 1Kings as a model of the experience of every person of faith.

The day’s liturgical passage shows Elijah on Mount Horeb receiving the invitation to come out of the cave in order to see the presence of the Lord. When the Lord passed, there was a strong wind, an earthquake, and a fire, one after another – but the Lord was not present in any of them. Then there was a light breeze … and it was in the breeze, the Pope recalled, that Elijah recognized the passage of the Lord:

“But the Lord was not in the wind, the earthquake, the fire, but in that whisper of a light breeze, in the peace, or, as the original says, — the true original, a beautiful expression – it says: ‘The Lord was in a thread of silent sound’ [un filo di silenzio sonoro]. It seems to be a contradiction: He was in that thread of silent sound. Elijah knew how to discern where the Lord was, and the Lord prepared him with the gift of discernment. And then He gave him the mission.”

The mission God entrusted to Elijah was to anoint the new king of Israel and the new prophet called to succeed Elijah himself.

Pope Francis drew attention in particular to the paternal sensitivity with which this task was entrusted to a man who, capable of strength and zeal in one moment, now seemed defeated.

“When the Lord wants to give us a mission, wants to give us a task, He prepares us. He prepares us to do it well, as he prepared Elijah. And the most important part of this is not that he has encountered the Lord: no, no, this is well enough. What is important is the whole journey by which we arrive at the mission the Lord entrusts to us. And this is the difference between the apostolic mission given us by the Lord, and a common task: ‘Ah, you have to complete this task, you have to do this or that…’ a human duty, honest, good… [But] when the Lord gives a mission, He always has us enter into a process, a process of purification, a process of discernment, a process of obedience, a process of prayer.”

And “the fidelity to this process,” Pope Francis continued, consists in “allowing ourselves to be led by the Lord.”

In this case, with the help of God, Elijah overcame the fear kindled in him by the queen Jezebel, who had threatened to kill him:

“This queen was a wicked queen, and she killed her enemies. And he was afraid. But the Lord is more powerful. But it makes him understand that they, the great and the good, also need the help of the Lord and the preparation for the mission. We see this: he walks, obeys, suffers, discerns, prays… he finds the Lord. May the Lord give us the grace to allow ourselves to prepare every day the way of our life, so that we can bear witness to the salvation of Jesus.”

WHAT DOES YOUR MOON SHELL SAY TO YOU?