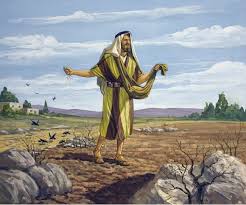 It was not long ago when a member asked, “What should we do exactly to grow in number?” Someone replied something like, “Invite people to our breakfast meetings who will eventually attend and complete the BCLP.” Quite right. No arguments there.

But our mission requires more than this. Filling up our breakfast with first timers should not be considered as fulfilling our apostolic duty for the week. It’s about sharing our faith and spreading the word of God in places where God receives little or no recognition.

In my experience in the brotherhood, when it comes to the discussion of Evangelization, two common reasons, or excuses, why it’s difficult for lay people always come up. First, members say we don’t know how to do it. Second, people are just too callous, or busy, to listen. So why bother? Let us leave this job to the priests, and just concentrate on breakfast, BCLPs and MEPs.

Members fear the idea of doing something uncomfortable like talking about the word of God to people. Some ask, “What if we don’t say the right things?” “Bro Paul, shouldn’t we conduct first an Evangelization training activity before we do this?” Then there is the issue of credibility. “What if they would not believe me because they know me as someone who has done something crazy on a Friday night?” Or “They know how I live and will see me as a hypocrite.”

As a counter argument, I like to share Isaiah 55: 10-11 which says “As the rain and the snow come down from heaven, and do not return to it without watering the earth and making it bud and flourish, so that it yields seed for the sower and bread for the eater, so is my word that goes out from my mouth: It will not return to me empty, but will accomplish what I desire and achieve the purpose for which I sent it.”

Like rain water that comes down and brings life, the word of God will give life. It will not return to God empty. This is the promise. It will achieve the purpose for which God sent it. So the excuse of not being well-trained or having the credibility really does not matter.

The word of God has power and it will work if you and I will share it. Do not worry about how bad you are at it or how little theology you know. It’s God’s words and His words will work. It does not have to be in a bible study but just share something that touched you in a Sunday Homily or from a Bible verse. And do not be bothered about someone making comments about your character. God knows you, and you are spreading His word.

“But what if they do not listen?” In the past days, we have encountered the parable of the sower. A story about a seemingly unprofessional farmer spreading seeds all over the place, even in rocky paths where seeds can be stomped over. Seeds were expensive during those periods and a farmer knew where they were supposed to grow – in fertile soil. Why then should he put seeds there? What kind of sower was he? Was he dumb? 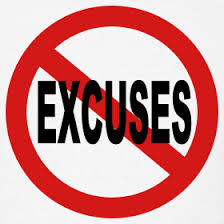 When Jesus was telling about this parable, He was speaking about the receptivity of those in whom the seeds are planted. In fact, Jesus goes on to explain the parable. But more than the receptivity, the story is also about the sower. Why would the sower, or God, spread the seed of His word to people that He certainly knows are not ripe for growth? Or like us who are not quite receptive on certain days? It’s not because God is dumb to waste His word on the unreceptive. It’s because He is generous and full of hope. He is a God of abundance and does not worry about how much a seed costs. He just throws it everywhere. He puts His word out there even into people and places where He knows the seeds will die. He knows that some people will not receive it well. If God is not stingy, neither can we be.

So let us be generous and abundant. There will be no let up in spending for breakfast meetings, BCLPs, MEPs, and sharing God’ words in our leisure time with friends and co-workers. Let us see what God will do. He can turn rocky ground into fertile soil in someone in whom you might think His seed will never grow.

God is challenging us to not to make excuses. He has so much hope and belief in us. How can we short change those who might be fertile soil and bear fruit for God’s kingdom. Who are we to choose where to spread the seeds if God doesn’t?

DO NOT FEAR THE CALL OF JESUS

GOD WAS WATCHING OVER US EVEN DURING TYPHOON GLENDA