GOD’S HANDS ARE BLISTERED BY LOVE

In his daily homily, November 12, 2013, Pope Francis recalled how God formed man with his own hand, emphasizing that he is a father who seeks to console his children rather than hurt them.

“Jesus, God, has taken his wounds with him: he makes them visible to the Father. This is the price: The hands of God are hands blistered by love! And this consoles us much,” the Pope stated. 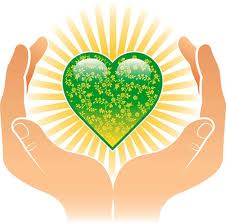 Centering his words on the day’s reading from the Book of Wisdom describing how God created man by hand out of the dirt of the earth, “The Bible explains the creation to us, using a beautiful image,” reflected the pontiff, “that God, with his hands, makes us out of mud, of the earth, in his image and likeness. The hands of God have created us: God the artisan, eh! He has created us like an artisan. These hands of the Lord … the hands of God that have not abandoned us.”

Pope Francis continued by reflecting that God is our Father, and that as such he “teaches us to walk; teaches us to go on the path of life and of salvation.” His hands, stressed the Pope, “caress us in times of sorrow, they comfort us,” observing that “it is our Father who caresses us! He loves us so much,” and within “these caresses, many times, there is forgiveness.”

It is good to think about this fact, advised the pontiff, conveying that the “blistered” hands of Jesus have paid the price for our salvation out of love. “Let us think of the hands of Jesus,” he encouraged, “when he touched the sick and would cure them…they are the hands of God: They cure us! I can’t imagine God slapping us! I can’t imagine it. Reproaching us, yes I can imagine, because he does that! But he never, never, hurts us. Never! He caresses us.” 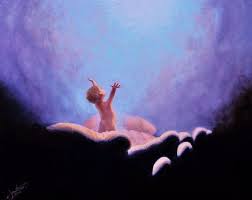 When God does need to chastise, “he does it with a caress, because he is a Father,” said the Pope, quoting the verse from scripture which states that “the souls of the just are in the hands of God.”

Pope Francis concluded his homily by urging those present to continue thinking about the hands of God, which “have created us like a craftsman, have given us eternal health. They are blistered hands and they accompany us on the path of life. Let us entrust ourselves to the hands of God, like a child entrusts himself to the hand of his father. This is a safe hand!

WHERE IS THE GOOD?