HOW DO YOU RATE YOUR WORKPLACE HAPPINESS?

How do you rate your workplace happiness? We give you an article comparing the Danish concept of happiness at work with the Americans who think it is normal to hate their jobs. The author espouses five simple office policies to promote workplace happiness. Do you agree or disagree? How would you rate the Philippine workplace and Filipino workers’ happiness? Will appreciate your comments in the space provided at the end of the article. –Editor

Americans think it’s normal to hate their jobs. Let us introduce you to the Danish concept of arbejdsglæde. It means happiness at work. Here’s how Danish offices make sure it’s happening.

You will often see Denmark listed in surveys as the “happiest country on the planet.” Interestingly Danes are not only happy at home, they’re also happy at work. According to most studies of worker satisfaction among nations, the happiest employees in the world are in Denmark. The U.S.? Not so much. Here’s just one data point: a recent Gallup poll found that 18% of American workers are actively disengaged, meaning they are “emotionally disconnected from their workplaces and less likely to be productive.” The same number for Danish workers is only 10%.

But why are Danish workers so happy compared to their American counterparts? Here are five fundamental differences.

I once talked to an American who had gotten a job as a manager at a Danish company. Wanting to prove his worth, he did what he had always done and put in 60 to 70 hours a week. After a month, his manager invited him to a meeting. He was fully expecting to be praised for his hard work, but instead he was asked “Why do you work so much? Is something wrong? Do you have a problem delegating? What can we do to fix this?”

Some non-Danes wonder if Danes ever work. Not only do Danes tend to leave work at a reasonable hour most days, but they also get five to six weeks of vacation per year, several national holidays and up to a year of paid maternity/paternity leave. While the average American works 1,790 hours per year, the average Dane only works 1,540, according to Organization for Economic Cooperation and Development (OECD) statistics. Danes also have more leisure hours than any other OECD workers and the link between sufficient leisure and happiness is well established in the research.

The difference in the U.S. is stark, and many American companies celebrate overwork as a sign of commitment. “You have to put in the hours” is the message in the mistaken belief that the more hours you work, the more work you get done. We call this “The Cult of Overwork.” Danish companies, on the other hand, recognize that employees also have a life outside of work and that working 80 hours a week is bad for both employees and the bottom line.

In the U.S., if your boss gives you an order, you pretty much do what you’re told. In a Danish workplace, extremely few direct orders are ever given and employees are more likely to view them as suggestions. 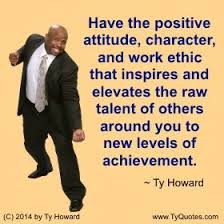 Dutch sociologist Geert Hofstede has quantified the business culture in more than 100 countries on several parameters, one of which is “power distance.” A high power distance means that bosses are undisputed kings whose every word is law. U.S. workplaces have a power distance of 40 while Danish workplaces—with a score of 18—have the lowest power distance in the world.

This means that Danish employees experience more autonomy and are more empowered at work. Here’s just one example: By law, any Danish workplace with more than 35 employees must open up seats on the board for employees, who are elected to the board by their peers and serve on an equal footing and with same voting powers as all other board members.

In Denmark, losing your job is not the end of the world. In fact, unemployment insurance seems too good to be true, giving workers 90% of their original salary for two years. In the U.S., on the other hand, losing your job can easily lead to financial disaster. This leads to job lock (i.e. staying in a job you hate) because you can’t afford to leave. Additionally, until very recently, losing your job in the States often meant losing your health care which also contributed to job lock but with the Affordable Care Act, this will be mitigated.

Simply put: If you’re a Dane and you don’t like your job, your chances of quitting that job without risking serious financial problems are much better, forcing companies to treat their employees well or risk losing them.

Since the mid-1800s, Denmark has focused on life-long education of its workers. This policy continues to this day, with an extremely elaborate set of government, union, and corporate policies that allow almost any employee who so desires to attend paid training and pick up new skills. It’s called an “active labor market policy,” and Denmark spends more on these types of programs than any other country in the OECD.

This lets Danish workers constantly grow and develop and helps them stay relevant (not to mention stay employed) even in a changing work environment.

5: A focus on happiness

While the English and Danish languages have strong common roots, there are of course many words that exist only in one language and not in the other. And here’s a word that exists only in Danish and not in English: arbejdsglæde. Arbejde means work and glæde means happiness, so arbejdsglæde is “happiness at work.” This word also exists in the other Nordic languages (Swedish, Norwegian, Finnish and Icelandic) but is not in common use in any other language on the planet.
“Many Americans hate their jobs and consider this to be perfectly normal.”

For instance, where we Scandinavians have arbejdsglæde, the Japanese instead have karoshi, which means “Death from overwork.” And this is no coincidence; there is a word for it in Danish because Danish workplaces have a long-standing tradition of wanting to make their employees happy. To most Danes, a job isn’t just a way to get paid; we fully expect to enjoy ourselves at work.

The U.S. attitude towards work is often quite different. A few years ago I gave a speech in Chicago, and an audience member told me that “Of course I hate my job, that’s why they pay me to do it!” Many Americans hate their jobs and consider this to be perfectly normal. Similarly, many U.S. workplaces do little or nothing to create happiness among employees, sticking to the philosophy that “If you’re enjoying yourself, you’re not working hard enough.”

I’m not trying to paint Danish companies as utopias for workers and their American counterparts as tyrannical hellholes. There are bad Danish workplaces and stellar American ones—Zappos and Google are two that I’ve personally visited and studied.

But studies have uncovered a number of systemic and cultural differences between the two nations that serve to explain why Danish workers are on average so much happier than American ones.

This goes far beyond happiness. We know from any number of studies that happy workers are more productive and innovative and that consequently, happy companies have happier customers and make more money. This may help explain why Danish workers are among the most productive in the OECD and why Denmark has weathered the financial crisis relatively well, with a current unemployment rate of only 5.4%.

Alexander Kjerulf, “Chief Happiness Officer,” is one of the world’s leading experts on workplace happiness and the author of Happy Hour is 9 to 5: How to love your job, love your life and kick butt at work.

Alexander is a speaker, consultant, and author with a global following in the millions. He runs a consultancy firm offering lectures, workshops, and leadership training with focus on happiness at work for clients including IBM, Hilton, LEGO, HP and Ikea. Stay in touch with Alexander at www.pinetribe.com/alexander.