As the technologies of communication are developing at the speed of light and sound, we need to be aware of not only the good side of instant communication and knowledge but also the inherent dangers they pose. This article discusses how the wired world is affecting us individually and socially.
———————————- 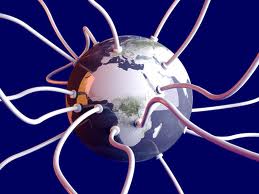 IAD, Internet Addiction Disorder, and “digital dementia” are two of the common terms used in describing the increasingly disturbing symptoms of today’s internet and cellphone users. Such symptoms include memory problems, an inability to concentrate, sleeplessness, and difficulty in making and maintaining personal face-to-face friendships.

Internet addiction disorder is broadly defined as internet overuse, problematic computer use to the point where such use interferes with or even replaces the reality of daily life. Online activities which, if done in person, would normally be considered troublesome – or in some cases illegal – are sometimes referred to as net compulsions. Whereas net compulsions do not always lead to addiction, many times they do. 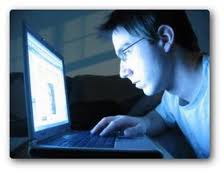 People suddenly deprived of the internet feel ‘upset and lonely’ and find going offline as hard as quitting smoking or drinking. Several countries now have even opened rehabilitation centers and programs to help people through the difficult stages of overcoming this kind of addiction.

Some people treat their phones like a piece of their anatomy and will be texting or scrolling down while someone else is trying to carry on a conversation with them. This displacement of social skills is becoming increasingly evident in the field of communication. Instant communication through mobile phones and other forms of digital communication (e-mails, FaceBook, blogs, chat rooms, social networking sites, YouTube) is taking precedence, especially among the younger restless generation, over the more traditional personalized forms of person-to-person contact. In business we see on-line streaming, video- and tele-conferencing enabling business executives to be in many places at once on the decision-making levels while, at the same time, distancing themselves from forming meaningful personal, empathic and trusting relationships.

Another area of social concern lies in the use and/or abuse of the internet. There are reports from many different sources in different countries about how the compulsive user of the internet, instead of building closer personal relationships and true friendships, becomes increasingly isolated from family and friends, creating an “online” personality/character to overcome his self-perceived inadequacies, and in the process becoming addicted to his sense of being in control of the ever-changing artificiality of the invisible web.

Several years ago we shared with you the article “Paradoxes of a Wired World” by Francisco J. Pérez-Latre that appeared on the MercatorNet.com website and was posted on this website in the ARTICLES AND FEATURES section. He says, Yes, much of the world’s business and affairs today depend on internet online technologies and other “cloud” technologies, but parallel to that, we need to realize the inherent dangers facing us due to this technology onslaught. His article is still very valid today so we summarize it here for your reading convenience.

Perez-Latre looks at four areas. Firstly he says that online life cannot and should not replace offline life. “In other words, technology is at the service of human persons and should make us more sociable.” He continues: “Sometimes the distinction between online life and offline life could be confusing. Online or virtual life is real (although it is not physical). In other words, online life is as real as life itself, our opportunity to display personalities and exercise virtue (or show defects). Those who show respect in real life, also do it online. 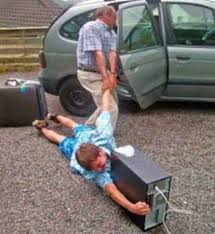 The web is a public square where we are always portrayed. That is why there is a need for etiquette in this age of “trolls” and angry mobs. If you look to comments on blogs, Twitter, Facebook, YouTube or online newspapers you will find users that, hiding in anonymity, insult, sow the seeds of hatred, and are generally hostile and angry. The net is an extension of personal relationships. There is a need to promote honest and open communication, optimism, respect and good manners. There is a pending revolution: the revolution of kindness.”

Secondly, he points out that our privacy is at risk. The “cloud” stores all sorts of information that should be personal and private. He asks: “Are we losing our memory and even our capacity to archive? That is one of the reasons behind demands for the capacity to “erase” our online history. There is an open conversation about a “right to be forgotten”, selecting contents with respect for consumer image and dignity. In general, the audience needs more knowledge to understand the risks behind the age of “total transparency”. Sharing absolutely everything is probably not the best idea. The “self-promoter” finds himself in very dangerous territory.”

Thirdly, he believes that there is a pressing and urgent need for “driving instructors” to teach us how to be more responsible and competent in using the new technologies along the information highways. While the speed of information is important, “we need to underline the need of reflection and pause to avoid costly mistakes. We need to put emphasis of quality and accuracy.” 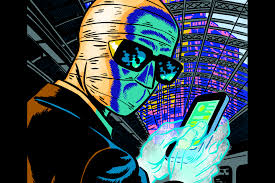 The last point that he emphasizes is that although we feel we need to be “always on”, connected to the world through computers, mobile phones, Facebook, Twitter, or email, this permanent connectivity is also a source of new anxieties with the traditional borders between professional and personal life becoming increasingly blurred. He urges us to disconnect from the virtual “cloud” and physically connect with real life and real, meaningful friendships.

“To some extent, there is a very real “nostalgia for disconnection” that becomes all the more valuable because too many are unable to achieve it. Again, paradoxically, those who are always connected will not be capable of starting and pursuing valuable long-term projects. They will become enslaved to the continuous flux of news, gaming and entertainment and thus will see their effectiveness and productivity dramatically diminished.” He concludes: “Will the Internet make our lives easier? Not so fast.”

You may say, “What has this to do with me? To me it is the NOW that is more important than what happened years ago.” I reply, “What about your children and their future?” When we consider the ways in which technology is influencing the NOW by subtly rearranging relationships, the way we think and react, and the ways it is changing community and society structures, cultures and beliefs, we begin to wonder about what life will be like for our grandchildren and their grandchildren. What will their lives be anchored on?

As BCBP members and with God in the center of our lives, it is clear that social transformation begins with us, with each one of us. We cannot leave strengthening of our families or the improvement and progress of society up to the unknown faces in the virtual world. It thus becomes imperative that efforts be made to disconnect from the wired cloud and reconnect with God first, ourselves second, and then, thirdly, with each other. We should focus more on actively developing character and personality rather than passively imbibing another’s thoughts and personalities, likes and dislikes.

We can use the new technologies to get closer to the people who matter to us, to display the same kindness and consideration for the other person’s integrity as we would conversing with him/her in person. We need to see the net as an extension of relationships using it to promote honest and open communications, respect and good manners. We can also use the wired network to share our faith in God with others, to foster optimism and hope in the future, and to help geographically separated families and clans maintain their relationship bonds.

But we must always remember to place God in the center of our life and pray that He will become the Center of the wired world, too.

THE FORCES OF GOOD