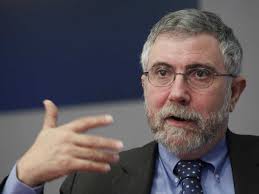 By Paul Krugman
Opinion Columnist for the New York Times

[Note: Although Krugman is voicing his views of the US situations and politics, many of his points ring true also here in the Philippines where we are also faced with the 2016 elections. This article is slightly edited to exclude specific examples from US politics.]

May 3, 2015, Philippine Star, p. 17. The 2016 campaign should be almost entirely about issues. The parties are far apart on everything from the environment to fiscal policy to health care, and history tells us that what politicians say during a campaign is a good guide to how they will govern.

Nonetheless, many in the news media will try to make the campaign about personalities and character instead. And character isn’t totally irrelevant. The next president will surely encounter issues that aren’t currently on anyone’s agenda, so it matters how he or she is likely to react. But the character trait that will matter most isn’t one the press likes to focus on. In fact, it’s actively discouraged.

You see, you shouldn’t care whether a candidate is someone you’d like to have a beer with. Nor should you care about politicians’ sex lives, or even their spending habits unless they involve clear corruption. No, what you should really look for, in a world that keeps throwing nasty surprises at us, is intellectual integrity: the willingness to face facts even if they’re at odds with one’s preconceptions, the willingness to admit mistakes and change course.

And that’s a virtue in very short supply.

As you might guess, I’m thinking in particular about the sphere of economics, where the nasty surprises just keep coming. If nothing that has happened these past seven years or so has shaken any of your long-held economic beliefs, either you haven’t been paying att5ention or you haven’t been honest with yourself.

Times like these call for a combination of open-mindness – willingness to entertain different ideas – and determination to do the best you can. As Franklin Roosevelt put it in a celebrated speech, “The country demands bold, persistent experimentation. It is common sense to take a method and try it: if it fails, admit it frankly and try another. But above all, try something.”

What we see instead in many public figures is, however, the behavior George Orwell described in one of his essays: “Believing things which we know to be untrue, and then, when we are finally proved wrong, impudently twisting the facts so as to show that were right.” Did I predict runaway inflation that never arrived? Well, the government is cooking the books, and besides, I never said what I said.

Just to be clear, I’m not calling for an end to ideology in politics, because that’s impossible. Everyone has an ideology, a view about how the world does and should work. Indeed, the most reckless and dangerous ideologues are often those who imagine themselves ideology-free – for example, self-proclaimed centrists – and are, therefore, unaware of their own biases. What you should seek, in yourself and others, is not an absence of ideology but an open mind, willing to consider the possibility that parts of the ideology may be wrong.

The press, I’m sorry to say, tends to punish open-minded-ness, because ‘gotcha journalism’ is easier and safer than policy analysis. …

The point is that we’re not just talking about being wrong on specific policy questions. We’re talking about never admitting error, and never revising one’s views. Never being able to say that you were wrong is a serious character flaw even if the consequences of that refusal to admit error fall only on a few people. But moral cowardice should be outright disqualifying in anyone seeking high office.

Think about it. Suppose, as is all too possible, that the next president ends up confronting some kind of crisis – economic, environmental, foreign – undreamed of in his or her current political philosophy. We really, really don’t want the job of responding to that crisis dictated by someone who still can’t bring himself to admit that (some of his past decisions/projects were wrong).

I still think this election should turn almost entirely on the issues. But if we must talk about character, let’s talk about what matters, namely intellectual integrity.

SUMMER IS A TIME FOR ‘BEING’