——————
Although this is fiction and a piece I received over the ‘net’, I would like to share it with all of you because it touched me and I know that God’s answers will also touch you. If, as it is said that we are the reflection of God to others, I wonder just what kind of God the Father do others see in me, in us? – Portal Editor
——————————- 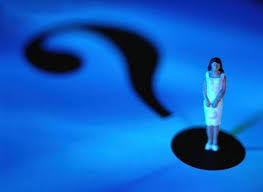 He smiled and said: “My time is called eternity and is enough to do everything; what questions do you have in mind to ask me?”

“None that are new to you. What’s the one thing that surprises you most about mankind?”

He answered:
“That they get bored of being children, are in a rush to grow up, and then long to be children again.
That they lose their health to make money and then lose their money to restore their health.
That by thinking anxiously about the future, they forget the present, such that they live neither for the present nor the future.
That they live as if they will never die, and they die as if they never had lived…”

His hands took mine and we were silent. After a long period, I said, “May I ask you another question?” He replied with a smile. I asked, “As a Father, what would you ask your children to do for the New Year?”

He lovingly held my hands and we were silent. Finally I managed to say a heartfelt “Thank You” and the interview ended as He smiled at me.

WHAT ELSE CAN I DO FOR MY CHAPTER?