IS YOUR INTERNET ‘ADDICTION’ AFFECTING YOUR CHILDREN?

Childhood 2.0 is a little buggy
Toddlers teach parents how bad their online habits are for family life. 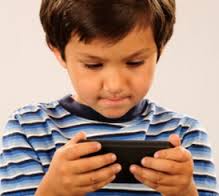 As an adult it’s very easy to ignore the deficiencies in our choices; but as parents we cannot afford to be so negligent. Our children are like tiny mirrors, microcosms of our own faults and feelings. Like canaries in the coal mine, their well-being is contingent on forces to which we are often oblivious yet never immune.

I used to use a computer every day at work, then come home and use my own computer to catch up on reading websites and watching TV shows. Having wasted the day effectively chained to the work computer, it was nonetheless a relief to be able to use my own computer freely. Now that I work entirely from home, writing articles and studying for my PhD, I’ve found myself slipping into 12 to 15 hour days in front of the computer, entrenched in a glowing virtual world of text and distraction, taking time away from it only to tend to the daily necessities of cooking, cleaning, and caring for my son.

A 2013 industry report suggests that I’m not alone in devoting so much of my daily life to my online environment. While the “Digital Down Under” report showed that 94 percent of the Australian population use the internet to some degree, it also claimed that 13.4 million Australians are online at the ridiculous rate of 18.8 hours per day, leaving journalists scrambling for terms like “internet junkies” and “social-media addiction”.

If it wasn’t for my son I probably would not have noticed the extent of my own bad habits. Yet his increasing insistence on using the computer for entertainment and to emulate his father started to worry me, and my worry forced me to admit that this way of life is not healthy. I couldn’t see in myself how ugly and debasing it is to spend so many hours poring over the backlit screen of my computer; to be so dependent and sensitive to its every change, ignoring the real world around me in favor of an unending stream of interesting distractions. 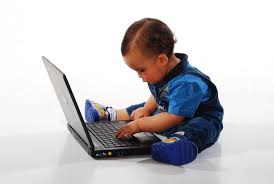 But I can see it in my son. I am painfully aware of how rapt he is in the light and sound of a computer or mobile phone; drawn to it like it is the most important, the most valuable thing in existence. I can’t ignore how it detaches him from the world around him, absorbing an inordinate amount of his attention, and leaving him shrill and irritable when we switch the computer off or put the mobile phone away.

I’m no different. I get annoyed when the Internet drops out, angry when the computer takes too long to boot. I spend days and weeks sitting almost stationary at my desk, head craned and hands poised over keyboard and mouse. I lose myself to the distractions, the never-ending stream of entertainment, news, information and ideas all aimed at holding my attention in this virtual non-world.

A few nights ago my wife and I were ready for bed, but our son was still playing a children’s game on the smartphone. If we took the phone away he would cry and scream, and after a difficult week the last thing we wanted was to end the day with pained and hysterical screaming.

Yet we couldn’t fault him, because as a mere toddler he only wishes to emulate his parents, to enjoy what they enjoy and do what they do. His excessive devotion to the computer and the smartphone is not his problem – it’s his parents’ problem. His crying and screaming are a rebuke to the idiot parents who expect their son to do what they do and enjoy what they enjoy only when it suits them; parents who want their child to live a happy and balanced life despite their own imbalanced habits. 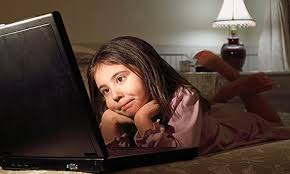 We only have ourselves to blame and yet my first thought was “I can’t possibly stop using the computer.” I write online articles. I have a blog. I’m studying externally and all my work is online. Increasingly my whole life is online.

Nonetheless I went to sleep disturbed at how our choices and our way of life were affecting our son. I knew I had to find a way to bring some balance to our lives, to put the computer and the smartphone back in their place even if that means less time spent writing, studying, or blogging.

My 12 to 15 hour days are not, after all, spent solely researching and writing. The computer might be always on, but it is not always in use. I only think I need it on all the time because I want to be ready to write whenever I have the inspiration and the chance. The rest of the time it sits there feeding me distractions and feeding on my attention. TV was never so versatile, interactive, or alluring.

I want to find a better way to live and a better way to use my time, but at this stage any such effort would seem to cut against the grain of convenience and connectivity, the mainstays of the virtual world. The technological imperative operates as much on an individual level as it does on a societal level, and I can’t help but feel I’m choosing to pit myself against my own self-interest, a sacrifice with no possible benefit. The thought of not using my computer seems as foreign and incomprehensible as not using our washing machine or refrigerator.

In the end I keep coming back to a kind of faith, a very specific and deep conviction or perhaps an intuition that life is not supposed to be inherently conflicted, that the unfolding of life within a family is not supposed to be riven with struggle and confrontation. I have an intuitive sense that there must be a better way to live, that if my son is going to emulate his parents, his parents better become something worthy of emulating. Even if it takes extra effort, sacrifice, and inconvenience, if my intuition is correct then these will be rewarded many times over.

The first day of my exploratory “tech-fast” I wrote the draft of this article by hand and typed it up late in the evening. The second day I used the computer for a few hours in the mid-morning, and spent the rest of the day regretting it. By the third day I could hardly look at the computer without feeling that to use it would be a distasteful and onerous task. I switched it on at midday and revised this article, feeling for the first time in years that I would rather just switch it off and do pretty much anything else.

It’s only been three days, but our son has already responded to these changes, benefiting from the surfeit of attention previously lavished on our devices. He still wants to watch his favorite weird Korean music videos, but seems willing to accept that the computer is currently switched on for the limited purpose of working, not for playing, and certainly not for fulfilling our ever-expanding wish for entertainment. 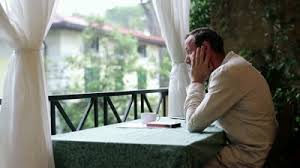 It’s not just my son who benefits: I’ve noticed after only three days that sitting at the computer makes my eyes hurt. It’s not the position or the technology, it’s the act of focusing for excessive hours on the lidless eye of these various devices, fixing them with a level of scrutiny previously reserved for the most painstaking of detailed work by artists, craftsmen and scholars poring over some ancient artefact or manuscript, some singular object of study that merited the attention but left the student in no doubt that their task was a burden.

Our online devices are equally burdensome, but we don’t realize it because they are so variable and distracting. The first day of my tech-fast was the first time I’ve ever sat in my home for an extended period of time without guests, without distractions, without the quiet hum and reassuring glow of my computer, sitting like a portal to a thousand imaginary worlds and conversations.

I sat, and I realized that I could hear the traffic going by. I could hear the metal-sculptor next door grinding and welding his latest piece. More importantly, I could see my son respond positively to the new and uncertain dynamic of having his father’s complete and undivided attention.

It may never be possible to achieve some kind of utopian natural upbringing for our children. There are too many factors beyond our control. But the single most important factor and the one most within our control is our own selves. We typically do not analyze and reflect on our own faults because it’s admittedly painful to realize that as parents we are behaving like complete idiots. But it would be far, far worse to continue behaving like an idiot and brush off the negative effects as just the normal problems associated with childhood.