“IT IS FEAR THAT SUSTAINS THE CULTURE OF DEATH”

Be Not Afraid! St. John Paul II’s Key to Building a Culture of Life
It Is Fear That Sustains the Culture of Death

WASHINGTON, D.C., May 14, 2014 (Zenit.org) – The recent canonization of Saint John Paul II offers an impetus to reflect on both his life and his papacy. The Pope’s leadership of the Catholic Church was exemplified by his signature phrase “Be not afraid!” Yet, what exactly was he exhorting the faithful to face without fear? 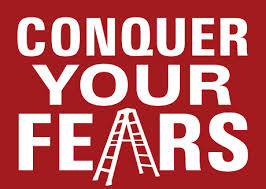 Pope John Paul II first uttered this often repeated phrase on October 22, 1978, in St. Peter’s Square in his first address as Pontiff. In discussing this theme in the book Crossing the Threshold of Hope, Pope John Paul II recalls these words as inspired by the Holy Spirit. He goes on to say that they are addressed to all people in all parts of the world as an exhortation to conquer fear in whatever situation the temporal world presents. Such courage is possible where there is faith in God’s love and mercy, as demonstrated in the Passion and Resurrection of Our Lord.

“Be not afraid!” does not suggest that faith will prevent challenges and suffering. Rather, faith will sustain hope in the face of suffering and guard against despair. When looking at contemporary assaults on a Culture of Life it is clear that they are rooted in fear.

Consider the scourges of contraception and abortion that have spread around the world, most recently in the “reproductive health” law approved this past April in the Philippines. Fear of an increased maternal mortality rate moved legislators to require government health centers to provide abortifacients and contraception to all women as well as mandate sex education and free condoms in public schools. Instead of seeking the root causes of maternal mortality and crafting solutions that uphold the sanctity of life and the virtue of chastity, the Philippines government despaired and opted for the less challenging but morally objectionable path.

Countries in North America and Europe have already trod this road and the results are predictable. Once pregnancy is depicted as dangerous and undesirable, the barriers to accepting abortion as a solution to unplanned pregnancies fall and legalized abortion-on-demand becomes a reality.

A similar dynamic is playing out in the United States with the HHS mandate under the Affordable Care Act, which provides for universal insurance coverage of contraception, abortifacients, and sterilizations — at the expense of religious liberty. Proponents of the HHS mandate fear the loss of worldly pleasure, and argue that motherhood is a detriment to a woman’s success in life. Pregnancy is likened to a disease that must be prevented. 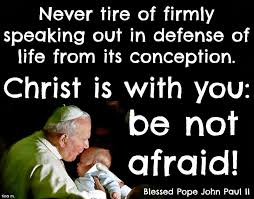 In contrast, the courageous woman embraces femininity and fertility, and sees pregnancy as a gift and part of the vocation to which God calls her. She does not fear her child, but freely gives herself to the nurturing and care of her child to the best of her ability. She does not despair over an unplanned pregnancy and turn to abortion. She seeks life-affirming solutions like adoption if she is unable to provide for her child.

Fear also drives the worldwide push for assisted suicide and euthanasia. Belgium became the first country to remove all age limits for euthanasia and will now kill children to “relieve” their suffering. Proponents claim this is an act of compassion. However, the word “compassion” literally means to suffer with. True compassion offers comfort and solidarity instead of killing the sufferer because their suffering makes us uncomfortable. Euthanasia and assisted suicide are acts of despair motivated by the fear of potential personal suffering, or the fear of witnessing the suffering of others.

Again we can turn to St. John Paul II and see both his words and his life as witnessing to the redemptive power of suffering. When Cardinal Karol Józef Wojtyła was elected as a successor to St. Peter he was relatively young and vibrant. He had been a soccer goalie at one point in his life and continued to be physically active. In the early years of his papacy we were captivated by pictures of him hiking and skiing in the Italian Alps. But over the ensuing years a combination of age, an assassination attempt, and the progressive neurological deterioration due to Parkinson’s Disease eventually sapped his strength and left him unable to speak or move without great difficulty. He was clearly suffering.

Yet Pope John Paul II did not fear his infirmities. He embraced them as his cross and united them to the suffering of Christ. He lived in solidarity with all who suffered. He was not afraid to entrust himself to the generosity of others and accept help to accomplish his papal duties. He was humble enough to delegate pastoral duties as necessary. He put his personal suffering in full view to give dignity to all who suffered. His very life proclaimed that suffering does not diminish one’s humanity.

Even before Pope John Paul II personally experienced great physical suffering, he was cognizant of the need to recognize the redemptive power of suffering. He wrote his Apostolic Letter, Salvifici Doloris, in 1984 while he himself was still physically fit. In this seminal work on human suffering he writes:

This is not to suggest that Christians should be masochists and seek out unnecessary suffering. But every human being will face some sort of physical, psychological, or spiritual suffering throughout his life. It is an inescapable part of the human condition in this temporal world. Pope John Paul II assures us that this suffering has meaning. Patience, generosity, and humility, can all be among the fruits of suffering. Again from Savifici Doloris:

“Suffering must serve for conversion, that is, for the rebuilding of goodness in the subject, who can recognize the divine mercy in this call to repentance. The purpose of penance is to overcome evil, which under different forms lies dormant in man. Its purpose is also to strengthen goodness both in man himself and in his relationships with others and especially with God.” (12)

It is fear that pushes evil solutions to suffering and denies its potential to generate goodness and virtue. It is fear that sustains the Culture of Death. In order to push back and build a Culture of Life we must be not afraid to embrace our crosses. With steadfast faith and hope we trust in the mercy of God to bring goodness from our troubles. In the face of suffering we must not despair.

MAKE ROOM FOR THE HOLY SPIRIT SO HE CAN COUNSEL US

LEAD AS A SHEPHERD DOES