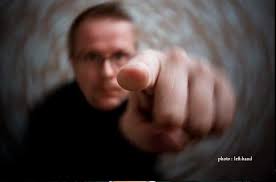 catholicexchange.com. July 7, 2015. The Gospel of John is different in some significant ways from the three synoptic Gospels. It is more literary and symbolic. St. John leads us theologically deeper into mysteries of God and the created Cosmos. From the beginning man has been imbued with the desire to know the nature of God and the created order, for as Aristotle said “all men desire to know.”

It is man’s common desire to know the mind of God, or to see things as the Creator would have them seen, to know the Truth. Christ, the Truth incarnate, would have us see things as they actually are as we render necessary judgement in the prosecution of our daily lives. Christ commands us in the Gospel of John 7:24 when He says “do not judge by appearances, but judge with right judgment.” Right judgement is difficult for us mere mortals, but why? We are gifted with the image and likeness of God in part by the faculty of our intellects which is instrumental is making right judgements, and yet we are prone to judge by appearances and make costly mistakes. It has been so since the fall of our first parents.

It is just as St. Paul describes it for us, to see things clearly is difficult because “we see through a glass darkly.” Our judgement is easily clouded by the artifacts of the fall and thus we are often driven by jealousy, envy and greed to make poor judgments.

In Luke 15:11-32, in the story of the prodigal son, we see firsthand the difficulties in judgement faced by the eldest and faithful son. The wayward son finally returns to the father and the father kills the fatted calf, puts a ring on his finger and celebrates his return to the home. The older son learns of this and is angry. He said to his father “Lo, these many years I have served you, and I never disobeyed your command; yet you never gave me a kid, that I might make merry with my friends. But when this son of yours came, who has devoured your living with harlots, you killed for him the fatted calf!” This particular part of the parable illustrates how easy it is to judge by appearances instead of right judgement. 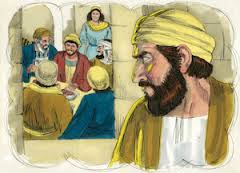 Surely by the standards of the world we can understand the eldest son’s objections that this situation does not seem fair, but this is not right judgement, it is subjective judgement based on appearances. After the disgruntled son makes his complaint known to his father, the father gives us the right judgement when he explains, “‘son, you are always with me, and all that is mine is yours. It was fitting to make merry and be glad, for this your brother was dead, and is alive; he was lost, and is found.’” The right judgement is a recognition of the greater good that one who was lost is now found, one who was dead is brought back to life. The prodigal’s return is a glory in heaven and the eldest son’s frustration is a concern of the world.

To increase our understanding of right judgement and seeing things from the vantage point of Heaven, Christ tells us the Parable of the Vineyard in Mathew 20:1-16. He begins with explaining that the Kingdom of Heaven “is like a householder who went out early in the morning to hire laborers for his vineyard.” Men are hired from the marketplace and contracted to work for a daily wage of a denarius. Fair enough, a day’s wage for a day’s work. The vineyard owner went out at the 3rd, 6th, 9th and even at the 11th hours and brought more workers into the vineyard to work. At the end of the day the workers came up for their wages and the householder paid each one of them a denarius, even the ones who came at the last hour. Those workers who came first thing in the morning came to get their wages last and seeing that even those who arrived late got a denarius equal pay to their own, they thought they would get more. They did not and they claimed it was not fair.

By the judgement of the world it does not seem fair and we might even be tempted ourselves to repeat the very words of the disgruntled workers when they said: “These last worked only one hour, and you have made them equal to us who have borne the burden of the day and the scorching heat.” If we are judging by appearances, they appear to have a point, but the householder explained giving an account of right judgement, “‘friend, I am doing you no wrong; did you not agree with me for a denarius? Take what belongs to you, and go; I choose to give to this last as I give to you. Am I not allowed to do what I choose with what belongs to me? Or do you begrudge my generosity?” By righteous judgement things are put properly back into order.

It seems that in this age of the digital image, we gravitate towards judging almost exclusively by appearances and we are heavily influenced by jealousy, envy and greed. Since the fall of our first parents and the resulting darkening of our intellects, we have reduced justice to subjective notions of fairness which grounds our judgement in the appearances of things, not the judgement of things as they actually are. One of the first instances of this wrong judgement inspired by jealousy was Cain’s reaction to God’s approval of his brother Abel’s sacrifice compared to God’s rejection of his lesser sacrifice. Instead of seeing things as they actually were and judging rightly, Cain allowed jealousy to have sway over his judgement and his actions resulting from poor judgement ended in murder. We do a similar thing today by reducing notions of justice to material equality and we are encouraged to judge by the appearances rather than with the righteous judgement Jesus demands from us. We have much to learn in the modern day from the ancient wisdom of the Bible about the relationship between jealousy and right judgement. 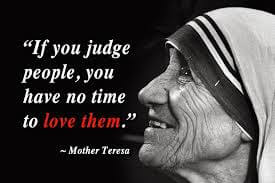 In the story of the Prodigal Son we see how even a good and faithful son can judge by appearances fueled by jealousy instead of rejoicing in the fact that his once dead brother is back among the living. The truth is that each human soul is worth more than the entire material universe, with that perspective we can put our jealousy aside and judge not by appearances but with the eyes of God who loves each of us beyond measure and rejoices in the return of one sinner from the brink of eternal damnation. Just so, we ought to rejoice that the worker who comes late to the vineyard receives the same wage as the one who was there from the early morning. By appearances it seems unfair, but the glory of more workers in the vineyard who end in heaven is incalculably beyond the consideration of mere wages. God Himself asks us not to judge by appearances and yet it is our default position.

We would be wise to remember that if we are ever tempted to judge by the false appearances of material equality that Christ helps us to see things as they actually are. The touchstone for reality and righteous judgement is referenced in Luke 15:7 when He explains that “there will be more joy in heaven over one sinner who repents than over ninety-nine righteous persons who need no repentance.” If we can orient our judgement to this truth then maybe we can begin to judge with right judgment as we do what we are all called to do, to colonize Heaven.

ON PRAYER AND HOW TO HEAR GOD SPEAKING TO YOU

Q & A: WHAT IS THE CATHOLIC CHURCH? HOW DO WE EXPERIENCE THE TRINITY?