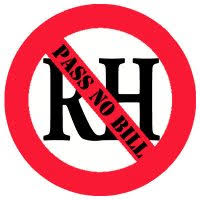 Jesus Estanislao’s article “Why I Am Against the RH Bill” was contributed by NSC-PSD Joey Avellana who comments: Albeit from a more erudite source, the position that Dr. Estanislao posits gives a good argument from human, moral, ethical and economic perspectives. If at all, I suggest if as a good read.

1. The bill, in its present “consolidated form”, dissimulates. It is far from transparent: it purports to be for reproductive health. In fact, by its aim, it is dangerous not only to the health, but even the life, of unborn babies. It can also be dangerous to the health—both physical and psychological—of women.

2. The bill aims at fewer babies being born in our land, under the premise that the fewer they are, the better off the Philippines would be: fewer mouths to feed, fewer children to educate, fewer people to care for. This premise looks at children—indeed at people—as mere liabilities. It turns a blind eye on the other side, that they can be—indeed often are—great net assets.

3. The bill claims to make the road to development much easier: the fewer babies we have to provide for, the more resources we free up for investments, particularly for infrastructure. It forgets that the best investment we can make is on people, on a big natural base of human resources.

4. The bill ignores one of the most pressing development issues now confronting Japan and a few other countries as well, including many European countries and soon also South Korea and China. Ageing of the population, arising from too few babies being born, is bringing about a demographic winter, which considerably darkens the long-term prospects of the economies concerned.

5. The bill is simplistic in its view of development: one shaped and determined mainly by lowering birth rates and population growth rates. It fails to give due importance to the key determinants of development, which include the following top five factors: “good governance; openness to knowledge; stable finances; allocation of goods and services principally by markets; high rates of savings and investments” (Michael Spence).

6. The bill expands the role of government considerably, expanding it into areas that are best left to individual choices and responsible decisions of married couples. It violates the key governance principle of leaving to individuals, institutions, and other lower bodies those decisions and duties that they can and should take up on their own. It disregards the maxim that governments govern best by refraining from over-reach.

7. The bill proposes to spend tax money on population control programs, featuring artificial methods of family planning, which many citizens find offensive to their conscience and objectionable on the basis of the constitutional protection of the unborn. Indeed, many citizens are asking: what business does the government have dispensing contraceptives and condoms and spending public funds on items that are supposed to be a matter of individual “choice”?

8. The bill is not only intrusive; it is also coercive. It tramples upon the right of conscientious objection on the part of individuals and institutions by threatening jail and other punishments to those who refuse to promote and observe its anti-life orientation and propagation of artificial methods of birth prevention.

9. The bill offends the basic dignity of human sexuality so essential for strong families as the foundation of a strong society. While proposing to improve the condition of families, it can easily lead to a fools’ paradise, characterized by “more premarital sex, more fatherless children, less domesticated men, more crimes, more social pathology, more single mothers, and therefore more poverty”, as has actually occurred in some countries that have taken the path the bill proposes (George Akerlof).

10. The bill promotes a mind-set that weakens the ethical fiber of our people. It devalues human life. It fosters short-term enjoyment of “freedom” without instilling a deep sense of duty to take on its corresponding long-term responsibilities. It views personal relationships and social processes from a narrowly pragmatic, materialistic perspective without giving due consideration to ethical and spiritual values, the bedrock foundations for the genuine development of our people.

a) Michael Spence. The Growth Commission (2008). The Growth Report: Strategies for Sustained Growth and Inclusive Development. A World Bank Publication.

ENCOUNTERING GOD IN OUR LIFE EXPERIENCES: THE GIFT OF IGNATIAN SPIRITUALITY