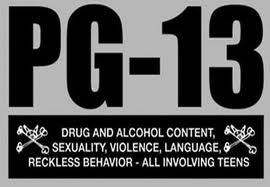 How do you explain to your kids why some movies, music, books, and magazines are not acceptable material for them — to see, listen to, or read? This little gem of a story relates the solution of one parent — dog poop brownies!

Many parents are hard pressed to explain to their kids why some movies, music, books, and magazines are not acceptable material for them — to see, listen to, or read.

One parent came up with an original idea that is hard to refute.

The father listened to all the reasons his children gave for wanting to see a particular PG-13 movie. It had their favorite actors. Everyone else was seeing it. Even church members said it was great. It was only rated PG-13 because of the suggestion of sex — they don’t really show it. The language is pretty good — the Lord’s name is only used in vain three times in the whole movie.

The teens did admit there was a scene where a building and a bunch of people were blown up, but the violence was just the normal stuff. It wasn’t anything really bad. Even if there was “just a little” stuff wrong, the special effects were fabulous and the plot was action packed.

However, even with all the justifications the teens made for the movie, the father still wouldn’t give in. He just said, “No!”

A little later on that evening the father asked his kids if they would like some brownies he baked — knowing they loved brownies? He said that he’d taken the family’s favorite recipe and added “just a little” something extra. The children asked what it was? 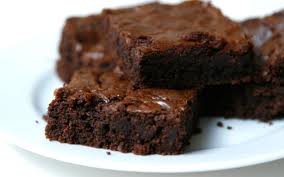 The father calmly said that he had added “just a little” dog poop. However, he quickly assured them, it was “just a little” bit. All the other ingredients were gourmet quality and he had taken great care to bake the brownies at the precise temperature for the exact time. He was sure the brownies would be superb.

Even with their father’s assurance that the brownies were of almost perfect quality, the teens would not take any. The father acted surprised. After all, it was “just a little” small part that was causing them to reject the brownies.

He said he was certain they would hardly notice “just a little” bit of dog pooh he had put in the brownies. Still the teens held firm, and would not try the brownies.

The father went on to explain that even though the movie industry would have us believe most of today’s movies, with “just a little” bit of bad stuff, are acceptable for adults and kids, they are not.

Now, when this father’s children want to see something that is of questionable material, the father merely asks them if they want some of his special dog poop brownies? That closes the subject.

Put the movie you or your kids really want to see to the ultimate test. Would you be comfortable taking Jesus with you?

SERVING AND BLESSING: WAYS TO LIVE OUR SPIRITUALITY IN EVERYDAY LIFE