A minister passing through his church in the middle of the day, 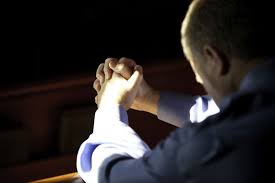 Past noon one day, the minister noticed that old Ben hadn’t come.
As more days passed and still no Ben, he began to worry some.
At the factory, he asked about him, learning he was ill.
The hospital staff was worried, but he’d given them a thrill.
The week that Ben was with them, brought changes in the ward.
His smiles and joy contagious. Changed people were his reward. 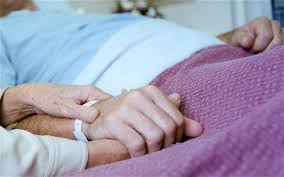 The head nurse couldn’t understand why Ben could be so glad,
When no flowers, calls or cards came, not a visitor he had.
The minister stayed by his bed, he voiced the nurse’s concern:
No friends had come to show they cared. He had nowhere to turn.
Looking surprised, old Ben spoke up and with a winsome smile;
‘The nurse is wrong, she couldn’t know, He’s been here all the while.’
Every day at noon He comes here, a dear friend of mine, you see,
He sits right down and takes my hand, leans over and says to me:
‘I Just Came By To Tell You, Ben, How Happy I Have Been,
Since We Found This Friendship, And I Took Away Your Sin.
I Think About You Always And I Love To Hear You Pray,
And So Ben, This Is Jesus, Just Checking In Today.’

HOW DO YOU RATE YOUR WORKPLACE HAPPINESS?