by James Kalb in Crisis Magazine 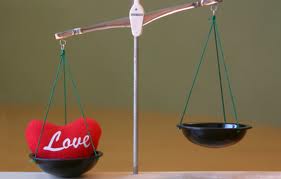 Lent is a time of personal transformation, so it is a time of inwardness. It nonetheless has an outward-turning aspect. Man is social, and God is other than ourselves, so in addition to fasting to help us put our attachments in their place, Lent encourages prayer and almsgiving to increase our love of God and neighbor.

Those things have a political aspect. Love of neighbor starts with direct personal engagement, but it also aspires to a social order more worthy of humanity. And putting God first gives us a perspective on worldly concerns, including politics, that enables us to know what they are and what we should do with them.

Political life also needs transformation, so people involved with it need to think about it during Lent. Nonetheless, the perspective should be different from that of everyday politics. With that in mind, how should we think about politics during Lent, and how will that help us to a better way politically?

The most basic point is one already mentioned: perspective. Love of God and periodic stepping back from worldly concerns helps us turn from worship of the here and now and maintain a proper scale of values. There’s a tendency today to treat the social world as the highest reality, so that the good, beautiful and true are judged by their relation to political goals, and attaining those goals becomes the final standard. That tendency has even affected Catholics who should be immune to it.

In fact, politics and social issues are secondary, and the greatest political contribution Christianity can make today is to bring that home. The Church has always proposed goals and standards that are higher and more authoritative than secular ones. Her insistence on doing so, and the resulting tension between Church and State, have been basic to freedom and good order in the West. That connection between God and good government is still with us. When men forget God whatever worldly goal seems most pressing takes His place and justifies sacrifice of all other values. The consequences, as Solzhenitsyn noted, have included the horrors of communism. More recently a softer this-worldly utopianism has led to dubious wars and a multifaceted attempt to replace the sexual constitution of man and society by a regime of pure will. Such deviations would be far less likely if we remembered that we did not create the world and it is not ours to do with as we choose. 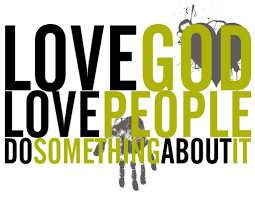 Lent also promotes love of neighbor, which helps us remember our connection to others and avoid absorption in partisanship. It reminds us of the public good, and moderates political enmity without detracting from the importance such issues can have. It is also necessary for the endurance and effectiveness of free institutions, since they depend on a widely diffused spirit of trust and cooperation.

With such things in mind we have plenty to meditate on. The turning from sin that is at the heart of Lent has obvious political and social implications. Becoming better people makes us better participants in society. The political benefits of abandoning pride, envy, wrath, and avarice are obvious, and in recent times even chastity has taken on political importance. So during Lent we need to consider first and foremost whether our motives and conduct are what they should be. We need not always aim directly at the highest goods, since we also have legitimate lower-level concerns, but our motives, goals, and actions should be consistent with those goods and somehow guided by them.

More particularly, we should ask why we want what we want and do what we do. Are our stated motives our real ones? Are we concerned with legitimate interests and the public good? Or are we trying to advance ourselves at the expense of the common interest? And what about our allies? We can’t expect them to be saints, but if we try to make use of badly motivated people they are more likely to make use of us. Bad motives lead to bad results, and no matter how good our strategy we can’t count on outwitting basic tendencies. 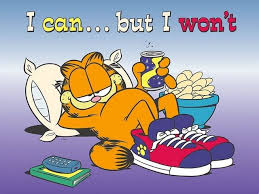 For many of us sloth has been a besetting sin that encourages us to follow the path of least resistance, in politics as elsewhere. It encourages us to get along by going along, makes us quiet when we should speak out, and keeps us from pursuing urgent goods and living in accordance with basic virtues: justice, prudence, fortitude, and temperance, and faith, hope, and charity.

All those virtues have political importance. If sloth is a political problem, especially in an anti-Catholic environment like ours today, then fortitude in exercising the virtues must be the solution. Nonetheless, applying them is not simple, a situation that calls for more meditation. Justice is primary in politics, but it is extraordinarily complex and difficult to achieve in the case of something as complicated as life in society. How will something actually work out in a world with few saints and many obscurities? The attempt to enforce all the rules of righteousness would lead to tyranny and multiply wrong. Perjury, forgery, and murder should be crimes, but we can’t suppress all lying and cruelty. So we must always ask if we are trying to do too much, or not enough: prudence must also be primary.

People differ, they usually understand their own situation best, living together is complex, and there are no perfect guardians to be found, so there must be a great deal of freedom for pursuit of legitimate interests, and even toleration of some interests that are less than legitimate. The system must nonetheless recognize higher and common goods that restrain and enlighten private interest, and make it more likely that we will live not only prosperously but well.

How to do that and what balance to strike is a difficult question. The role of politics as a theater for the promotion of faith, hope, and charity is no doubt limited. Not all goods can be achieved directly through social organization, and the attempt to do so would be tyrannical. Politics has to do with force and compromise, faith, hope, and charity do not. Nor would it be useful for a political leader to take no thought for the morrow, or base policy on his love for Lady Poverty. Nonetheless, the theological virtues support, order, and complete all others, so political life should recognize their value. When we promote material prosperity we should bear in mind that it is not the highest good. And when we plan for the future we should realize that plans are often ineffective, especially when they tell us to do evil for the sake of some hoped-for benefit.

In the past the balance has been struck through secular recognition of the moral and spiritual authority of a church, which nonetheless needed to persuade people because it lacked physical power. Today that arrangement seems out of reach. How to maintain something higher than material interests and power as a basic principle of politics has therefore become an unsolved problem of today’s political life. In a radically secularist age like ours it may be one without a solution.

———————–
Author: James Kalb is a lawyer, independent scholar, and Catholic convert who lives in Brooklyn, New York. He is the author of The Tyranny of Liberalism: Understanding and Overcoming Administered Freedom, Inquisitorial Tolerance, and Equality by Command (ISI Books, 2008), and, most recently, Against Inclusiveness: How the Diversity Regime is Flattening America and the West and What to Do About It (Angelico Press, 2013).

Many thanks to Joe Gillo, BCBP Paranaque, for this article.

AGM: WHAT KIND OF A FRIEND ARE YOU?