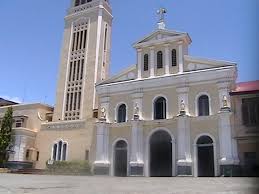 (CBCPNews) The Shrine of the Out Lady of Manaoag in Pangasinan has been declared an affiliate of St. Mary Major, one of the four papal basilicas in Rome. With this, the pilgrims who visit the shrine of Our Lady of Manaoag are assured of a plenary indulgence under the usual conditions, as if they actually visited the major basilica in Rome.

The Marian shrine is the first, and the only church in the Philippines that has been given the title “affiliate” of one of the papal basilicas, according to Lingayen-Dagupan Archbishop Socrates Villegas. “This shrine, among all other shrines, has been honored by the Papal Basilica of Saint Mary Major in Rome with a special bond of spiritual affinity in perpetuity!” said Villegas in his homily during mass on July 22 to celebrate the occasion. “The spiritual bond of affiliation granted to Manaoag shrine by the Vatican is an honor to be celebrated with joy and gratitude,” Villegas said.

But he stressed that even before the affiliation of these two great edifices, “we have long been considered affiliates of God himself,” adding, that “no honor can equal that of being called a child of God.” He said human beings are destined for eternity, a life without destruction, not like edifices that may crumble in time despite their magnificence and grandeur.

Villegas reminded the faithful that Manaoag’s affiliation to the Marian basilica in Rome “speaks more of duties than privileges. This affiliation demands from us greater fidelity to the Lord and to the Church. It calls on us for more heroic obedience. It challenges us to be more vigilant against the attacks to our faith, to be more humble and to be more repentant, to be more zealous and to be more loving. Truth to tell, the real indulgence is really when all of us live as faithful disciples of her Son,” the archbishop said.

Villegas said the Holy Father has assured pilgrims who will visit the shrine of his apostolic blessings and spiritual graces of the Church. “In Manaoag, the rosary will be prayed without relent and vigil candles will burn day and night as a tribute of love to the handmaid of the Lord. In Manaoag, the Supreme Pontiff the Pope can always count on his spiritual warriors praying that the mission of Peter may continue in the church with loving children faithfully obeying him. In Manaoag, we commit to be proud of our Catholic faith, to defend it, to preserve it, to share it, to share it, to live it,” said Villegas.

St. Mary Major is the oldest church built in honor of Mary as Mother of God as defined by the Council of Ephesus in 431 A.D. It is in the same basilica that the relics of the crib where Jesus had lain when he was born from the Virgin Mary are being kept. Tradition also holds that the Virgin Mary had personally chosen the site when during a summer month in Rome snow appeared on the area where the present basilica now stands.

The Rome basilica also served as the temporary dwelling of the popes before the papal residence was later moved to the Vatican Palace. The biggest Marian image in Rome is found in the basilica.

PARADOXES OF A WIRED WORLD