This is Part 3 of my reflections on the writings of M Scott Peck. In Part 1, “Love: Its Meaning and Its Labors”, I pointed out that love is NOT feeling, dependency or self-sacrifice. Rather, it is listening, giving one’s true attention to spouse and children, and cultivating the children’s emotional independence and individuality as well as commitment to building loving family relationships.

In the second installment of this series on M Scott Peck, “Love Moves Inside-Out”, I explored how the family can be – and must be! – the vehicle and venue for self-discovery, self-acceptance and self-love. These are the necessary ingredients to enable family members to truly love one another.

Now let us look into the marriage itself. A strong family is necessarily founded on a strong marriage. Parents underpin the family, informing and directing it, therefore the importance of a healthy, sound relationship between husband and wife cannot be underestimated. In this third installment, I shall take up two significant discussions made by M Scott Peck about the spousal subsystem in families. For simplicity’s sake, I use the male and female pronouns interchangeably.

The Necessity of Boundaries

“For this reason a man should leave his father and mother and unite with his wife.” Mark 10:7

The original bonds between a parent and child are crucial for a child’s development. However, if the bonds and the loyalty that a youngster feels towards his parents continue in a childlike manner well into his adulthood, it will be very difficult for him to develop an identity separate from them. One aim of child-rearing must be to cut the proverbial apron strings, eventually resulting in the emergence of an adult, separate and distinct from his parents. If the gradual separation between parent and growing child does not take place, it will be very difficult for the offspring to approach adulthood with personal conviction, with independent attitudes, with values and perspectives based on free choice. 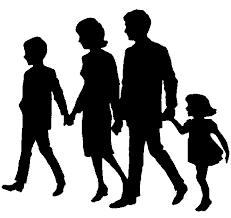 When Jesus suggested that in order for a person to cleave to a spouse, parents must be “left,” surely leaving did not mean the termination of the parental relationship. Rather, it refers to a restructuring, wherein a person will no longer relate to her parents from the position of a child, but in a new relationship characterized by adult-to-adult communication and support. This is an essential ingredient in order for new families to be formed. Otherwise, divisive and potentially destructive questions of who is to be loyal to whom and who has power over whom will constantly arise between husbands and wives, parents and in-laws, and even the next generation. Too often, Jesus’ words are not heeded, and marriages and families suffer.

Individuation – the effective formation of firm, healthy boundaries between parent and adult child – is perhaps the most significant factor in marital harmony. There are countless scenarios from real life that demonstrate, in varying degrees, failure of individuation. A lack of separation makes it difficult for a grown child to create boundaries with his parents. This results in the classic examples of parents coming into the married couple’s home and rearranging the furniture, or openly criticizing the in-law’s ways, or commenting that the meal isn’t quite served “just like at home.” Situations like these are made worse when the adult child of such parents is unable to stand up for his own family system, his family of choice (as opposed to his family of origin). When a married person’s primary loyalties still belong to one or both parents, competition is created among all parties, specifically between his spouse and his parents. This can produce needless hurts, resentments, and rifts in the marriage.

Besides the resulting tension between in-laws and between the spouses themselves, a lack of boundaries usually generates feelings within the adult “child” of being smothered or overpowered by her parents. Often, this adult “child” will also feel smothered and overwhelmed by her spouse. If a person’s self-identity is not sufficiently developed, the possibility of maintaining adequate separation from her own spouse is slim. This will bring about problems with possessiveness, dependency, exaggerated neediness, over-protectiveness and the like.

Superiority and Inferiority in the Marital Relationship

“Blessed are the meek, for they shall inherit the earth.” Mat 5:5

Meekness has always been traditionally attributed to femininity. This ageless convention has limited not only women but men likewise. Women are devalued because meekness, as well as its aspects of compassion, sensitivity and vulnerability, is considered a secondary characteristic in a society that very highly values power and autonomy. If we really think about it, men are also devalued, because the images of power and autonomy that they are pressured to strive for limit their ability to relate compassionately with others, especially when it comes to their intimate relationships within the family: as fathers and as husbands. .

For a Christian, honoring meekness means that he does not have to suppress the gentle, passive and weak parts of himself. For the Christian marriage, honoring meekness means that a spouse will not be frightened by, nor take advantage of, his partner’s more fragile qualities. If these qualities are explored, given rein and free expression by both sexes equally, the traditional roles would be set free. Whether male or female, a person could become more fully human, more whole and complete.

Jesus also said “Many that are first shall be last and the last first.” (Mat 19:30) One aspect of marriage as an intimate relationship is the ability of two people at a peer level to be vulnerable and open with one another. One of the blocks to intimacy therefore is feelings of superiority and inferiority, through which the two partners are not peers but rather leader-follower, master-servant or even parent-child. In Christian marriages, the teaching that says a man is the head of his wife is taken in the context of Christ being the head of His Church, as its loving servant. A man is by no means his wife’s ruler, and neither is she his. A certain flexibility of roles and the appreciation of each person’s uniqueness are among the foundations of strong marital and family life.

However Jesus did not intend, when he said the “first shall be last,” that in a marriage there should be no striving for leadership and the constructive use of power. A Christian spouse needs the ability to lead and exert influence, especially in her parenting role. She must also be willing and able to correct when necessary, but always from a position of humility instead of arrogance. There is a marked difference between striving for greatness, and believing that one is great.

Humility is often a difficult and poorly defined concept in marriage. For some, humility means never asserting oneself, never speaking up, especially when it might cause conflict. This is false humility, powerfully deceiving in its ability to create distance between spouses by engendering guilt and feelings of inferiority and superiority. The humility of which Jesus speaks refers, especially in marriages and in families, to the position each member should have in relation to another: not superior nor grandiose, neither inept nor unworthy. It should be the position of a humble child, full of awe and wonder in the presence of another human creation. It should be the impetus that allows husband and wife to lead each other – and jointly to lead their children – towards greater closeness and deeper meaning in their relations, onto mutual understanding and genuine love.

WHAT SHOULD BE OUR RESPONSE TO THE RH BILL 5043?