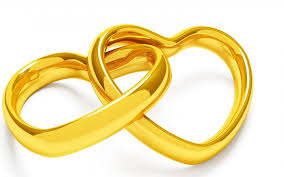 Using the fidelity of Christ to sinners as the ultimate example, Pope Francis commented: “It is a faithful love. It is a persevering love. He never tires of loving his Church.”

Although Christ’s bride is “beautiful, holy, a sinner, He loves her all the same,” the Pope said, according to Vatican Radio. The Holy Father encouraged married couples to mirror the Lord, saying that Christ’s “faithfulness is like a light on marriage.”

Pope Francis went on to note the importance of perseverance as the driving force against the inevitable difficulties and struggles that all married couples encounter.

“Married life must be persevering, because otherwise love cannot go forward,” he said.

“Perseverance in love, in good times and in difficult times, when there are problems: problems with the children, economic problems, problems here, problems there – but love perseveres, presses on, always trying to work things out, to save the family. Persevering: they get up every morning, the man and the woman, and carry the family forward.”

In addition to fidelity and perseverance, Pope Francis discussed fruitfulness as crucial to Christian love. Just as God commanded Adam and Eve in Genesis 1:28 to “be fruitful and multiply,” so too the Pope pointed to fertility as central to the love shared between man and woman.

Pope Francis suggested that couples “look to Jesus and draw on the power of fertility that Christ has with his Church.”

The fruitfulness in a marriage reflects the richness that Christ gives his Church, through the sacraments which she offers in baptism, matrimony, and holy orders, he said.

The Pope mourned the marriages in which children are unwelcome, where material wealth trumps the gift of life in children.

“This culture of well-being from ten years ago convinced us: ‘It’s better not to have children! It’s better! You can go explore the world, go on holiday, you can have a villa in the countryside, you can be care-free…it might be better – more comfortable – to have a dog, two cats, and the love goes to the two cats and the dog.’”

But these marriages end with “the bitterness of loneliness,” he said, explaining that such marriages are “not fruitful” and do “not do what Jesus does with his Church: He makes His Church fruitful.”

“WHY, GOD, DO YOU ALLOW BAD THINGS TO HAPPEN?”