MASBATE: WE CAME, WE SOWED, WE ARE CONQUERED 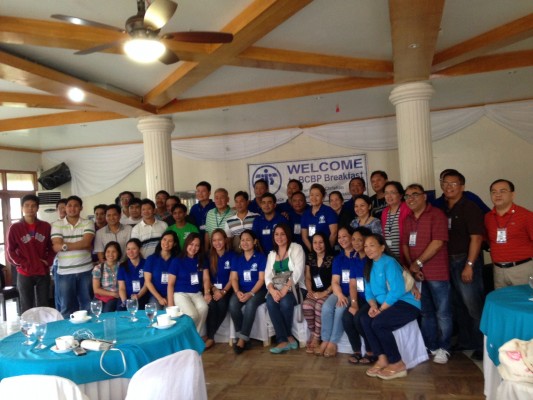 Thirteen years ago, Cebu Region had planned to establish an Outreach in Masbate. For several reasons, the plan was shelved for a long time. But two years ago, our Chapter decided to look at Masbate as a possible Outreach area during the Chapter planning. This led to the creation of a Mission Team sent to do a “site investigation.” And so Masbate bid us come.

What was initially just to explore the area and make recommendations whether or not an outreach activity can be started by the Mission Directorate by 2014 snowballed into something beyond our expectations. Looking back, God has already laid out the blueprint and our Chapter is greatly honored to be the one to do the Lord’s bidding. The Mission Team did several briefing sessions among the local church leaders beginning with Bishop Jose Bantolo who welcomed us with open arms. The local business and professional community, with the expected stance of caution and guarded curiosity, also gave us the much needed time to make little breakthroughs from among them. Continuing to coordinate with Bishop Bantolo, we held orientation sessions, walked the streets of Masbate, and literally knocked on the doors to pique interest and generate contacts. We simply sowed and sowed, never mind if it was yet mid-2012, way ahead of our 2014 target.

Then we began thinking of having the first breakfast last August 11, 2012. There was just no stopping it. Before we knew it, the first BCLP was conducted and subsequently on December 7, 2013, the Core Group the Masbate Outreach were took their oath of commitment and were installed as members of the Governance Team. 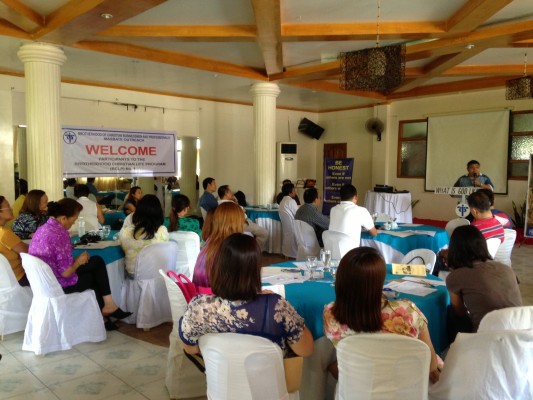 All those months of sowing, we have grown in our trust in Him. It was the Lord’s work and we were his workers. It did not matter that so many hurdles presented themselves owing to the distance and transportation arrangements. We were not bothered. Not when we had to take a bus ride then a roro for 18 hours just to be there, nor when we took a banca to reach Bogo, Cebu because there was no roro. Not when there was a serious threat of bad weather nor when we were stranded for a day in Cataingan, Masbate. Not when there were only four men who attended the breakfast nor when we were spending so much. No, none of those mattered for we, the Mission Team and the entire Chapter, were all in to God’s plans. We were simply conquered by Him.

When we were planning for Masbate’s BCLP 1, our biggest challenge was the transportation to and from Masbate and Cebu. At that time, the only viable transportation, if we were to hold a Saturday BCLP session, was to depart from Cebu by Thursday evening by boat to arrive in Masbate by Friday noon, hold the Saturday breakfast and start the BCLP sessions right after. Trusting that He will put order on things we decided to give it a go. We asked the members to intercede for the Mission Team that a boat will depart Cebu on a Friday evening to arrive in Masbate early Saturday morning. But instead of a “float”, God answered our prayers with what seemed to us a reality that was so hard to come by. A few weeks before the BCLP started, Cebu Pacific opened the Cebu-Masbate flight route departing early Saturday morning from Cebu and arriving in Masbate a mere 40 minutes later. And that was how God resolved our major hindrance for the whole duration of the BCLP because right after the Commitment Night, Cebu Pacific stopped such flight connection.

Today, as I write, the Core Group of the Masbate Outreach is steadily taking the reins of the BCBP activities in the area. They are now handling the Breakfast and have major roles in the upcoming BCLP 2.

We came, we sowed and, yes, we were conquered by God’s handiwork. He left us completely amazed with His provision and care ensuring that His plans were brought to fruition. 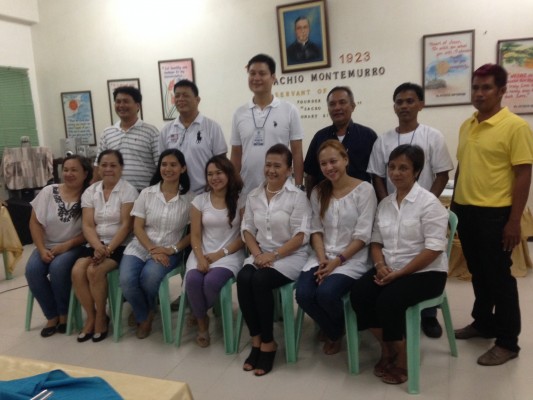 With the same trust in the Lord’s providence and grace, Cebu Central Chapter is confident that the Masbate Outreach will soon become a Chapter, way before our planned timetable of five years. It is blessed with committed and active leaders, called by name by the Lord, who will start sowing the seeds themselves for the Outreach.

“As for the seed that fell on good soil, it is the one who hears the word and understands it; this seed bears fruit and produces a hundred, or sixty, or thirty times more” – Matthew 13:23