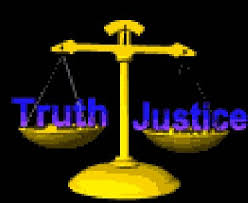 BCBP BOT Chairman Bobby Atendido has requested that we post this letter of Ms. Heidi Mendoza on the BCBP website. He says, “I believe we should support Heidi in her quest for the exposition of corruption and upholding truth and honesty. Several years ago she spoke to BCBP Mancom and BOT about this case of Gen. Garcia and even during that time, I already noted her guts and fortitude. She has character.”

Greetings of Peace! In the middle of the raging controversies that our country is facing, one glaring truth cannot simply be ignored. There is a brewing tension between good and evil and I believe now is the time to for a baptized Catholic and a Christian public servant like me to run to my mentors and seek the comfort of the church.

As many of you would know, I accepted the General Garcia case not as another audit engagement sometime in October 2004. It was a result of prayerful discernment and a series of consultation with guardians of my faith. I went beyond the call of duty and closed my eyes to my personal fears, guided by the thought that my heart is in the right place.

The assignment just like any Christian experience is not smooth sailing. There are challenges coming from the very institutions that are supposed to protect the interest of the people. I stood firm though I cannot deny that there were several instances when convictions and beliefs simply failed to sustain me. As history will tell, then, Ombudsman Marcelo resigned, I was left to seek help from my own office the Commission on Audit. The response is again a challenge to ordinary faith. No less than the former Chair convinced me to simply return the documents my team gathered and close the case. “Christ himself failed to save the world so how can ordinary mortals like us dream of succeeding in the fight against corruption when obviously it is a fight between good and evil.”

Perhaps I am not willing to give up my flickering hope and diminishing faith inside that I just decided to quit from a 20 year old job. In March 16, 2006, on the birth of my father who has painstakingly shown me the values of honest and dedicated public service, I filed my resignation.

In October 2007, the state prosecutors handling the case, begged me to help the government and with minor convincing, I agreed. I appeared at Sandiganbayan for more than 16 times and in between those hearing, I felt the absence of the public support which I think is critical to cases such as this. In one instance, in open court hearing, I was astounded when the defense lawyer slapped before my face the copy of the letter of the CoA chair denying the creation of an audit team that took care of the investigation. It’s the biggest test to my faith. No less than the accused told me that I am a liar and that there will be a reckoning day for me.”

It is in this particular time that I sought for a God with His mighty arm that will simply strike the opponents of truth with his blazing sword. At the same time, I sought for the wounded and agonizing face of my savior so I can draw some strength and the passion to go on. I felt so alone that prayers alone are not sufficient to console me, I was then literally reaching to a God whom I can hold, I can touch, I can embrace! He did not deprive me of this longing, when you texted me on that date, I realized that God has gone high tech and invaded the virtual world. 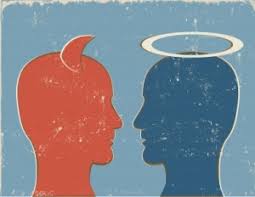 I thought that the challenge was ended, the moment I completed my appearances before the Sandiganbayan. I was wrong. Last March 12, 2010 I personally saw the signed plea bargain agreement but I must admit that I have been weakened by my own experience and already afraid to give up the comfortable life that I have. Still however, I searched my conscience and shared these with few trusted friends. As a consequence of my fear, we now have a seeming triumph of evil versus the truth.

Last December 23, 2010, I filed my resignation from my current employer in response to a conscience call. It is my Christian calling that I cannot ignore that is why I went out of my comfort zone and together with my entire family heed the call to embrace this cause with the same passion when I started it.

I seek your assistance, I am reaching out for help in making a united stand. Sinners as we are, I am confident that God will bless the pure longing of our broken heart if we are willing to make a sacrifice.

In ending, let me express my gratitude to the only people I looked up with so much faith and respect. The recent events have shown me that the truth is unveiled not in the brilliant minds of men but only in the hearts of men burning with Love and Faith.

I would like to apologize, if there are any courtesies which I have not observed. I am asking for prayers not only for my family but for the entire country.

THE SECRET OF JOYFUL SERVICE

“And we know that all things work together for good to those who love God, to those who are called according to His purpose.”(Romans 8:28) I know Heidi that God is working through you so be strong, I praise God for persons like you, God Bless.

i have a case similar with you. i am a government employee and i am a complainant filing before my co officemate in the ombudsman. i already feel what you feel and i hope we will win

Your crusade for truth will not be in vain. God is on your side Ms. Heidi; and we shall support you not only with prayers but also with our advocacy for honesty and justice. God bless you and your family.

My wife once work with the COA. It is very comforting and inspiring to know that there are still COA auditors like you who has the courage to stand up for the truth. We will pray for your safety both in mind and body. Let the good triumph in the Garcia case.

Your decision; Yes, deeply i salute you and i support thru PRAYERS today and forever. GOD Bless and lead us and the next generations.

I praise your courage and bravery ms heidi. May the Good Lord will always protect you.

I salute you Heidi. You will be in my prayers.

Thank you, Heidi Mendoza for showing us the way of courage in fighting corruption in our country and absolutely no apologies are required from you.