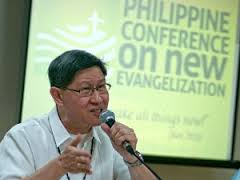 VATICAN CITY, October 09, 2013 (Zenit.org) – A conference dedicated to the New Evangelization in Asia will be held in the Philippines this month, October 16 to 18. The event, which is part of the Year of Faith, was promoted by Cardinal Luis Antonio Tagle, Archbishop of Manila.

According to Fides News Agency, 5,000 representatives from various dioceses all over the Philippines as well as other Asian countries will gather at the University of Santo Tomas in Manila throughout three days.

“This is the culminating event of the Year of Faith in the Archdiocese of Manila”, Cardinal Tagle said. The Archbishop of Manila stated that the Church in the Philippines has always had a prominent missionary role in Asia. For this reason we have invited Bishops, priests and representatives of other Asian Churches.”

Among the representatives that are expected to attend the conference are delegations from Taiwan, Vietnam, Myanmar and Brunei.

The first day of the conference will reflect on the various channels to meet God, from the Word of God and prayer to beauty, art and even new media. The second day will focus on several aspects of communion and renewal in the Church, in particular formation, liturgy, laity, consecrated life and the family.

Cardinal Tagle is expected to address the conference on its final day and will speak on the theme “The Missionary Dimension of Evangelization”. The Final Mass will include the renewal of baptismal promises, a procession in the streets of Manila, and a message from Pope Francis. 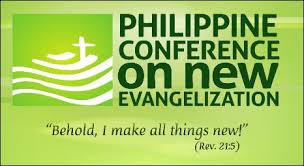 MANILA (Agencies) : The bishops of The Philippines are organizing a conference on the New Evangelization, an initiative of Pope Benedict XVI at the University of Santo Tomas from October 16 to 18.

The archbishop of Manila, Luis Cardinal Tagle, said that as a first in Asia, it will serve as a spearhead for the Church in the whole of the Asian region and he hopes that visiting delegates from around the continent will go home with insights into rediscovering the roots of faith and rejuvenating the mission of the Church in society in our times.

Cardinal Tagle described the Philippine Conference on New Evangelization as an effort to devise ways to reach those who have not yet heard of the good news of Jesus Christ.

“There are parts of the world where the faith has become some kind of extracurricular activity, which some even say you can do without,” Cardinal Tagle told CBCP News.

“This drive has a destination, we would like to reach people who have yet to hear about Jesus for this is a constant mission of the Church,” he added.

He said that delegates from Taiwan, Vietnam, Brunei, Malaysia, Thailand and the Union of Myanmar will attend the three-day event. 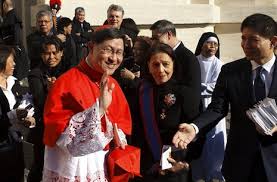 The cardinal said that the gathering will have the three-pronged objective of creating an experience of God in the context of the challenges of the new millennium, strengthening bonds of communion and providing avenues of inspiration and direction imbued with the spirit of new evangelization.

The archbishop of Manila added that the conference aims to keep the mission of new evangelization alive amid changes brought by modernization.

“Our mission is to understand our modern world and look for opportunities to fulfill our mission. We recognize the fact that there are problems and contradictions, but despite this heaviness, we know that this world remains to be the same one that came from our God,” he went on.

Cardinal Tagle described the conference as the humble contribution of the Philippine Church to the mission of the universal Church on new evangelization.

It will feature talks, parallel sessions, workshops and activities that tackle modern-day approaches to deepen the faith of people and developing an appropriate spirituality for people in today’s world.

Parallel sessions dubbed, Streams of Encounter with God will be held on the first day, featuring sessions on the word of God, paths and expressions of prayer, praying for the unjust structures of society, your faith has made you well, healing encounters, encountering God through the arts, downloading God through new media and Ang Mahal na Birhen at Ang Mga Banal: Kaagapay sa Panalangin (Our Lady and the holy ones; companions in prayer).

On the second day, renowned theologian, Father Catalino Arevalo sj, will talk on Popular Devotions and the New Evangelization.

Another set of parallel workshops dubbed, Pathways of Communion and Renewal, will be held on the same day.

These sessions will include integral faith formation, empowering the laity toward social transformation, active presence and participation of the poor in the Church, the Eucharist and liturgy as font and apex of Christian life, the family as focal point of evangelization, the parish as a community of communities, integral renewal of the clergy and the consecrated, journeying with youth, ecumenism and interreligious dialogue and animation and formation for mission Ad Gentes.

A musical gathering, The concert of the millennium, is also slated for the second day.

The third day will feature input on the Missionary Dimension of Evangelization, given by Cardinal Tagle and incorporate the last set of parallel sectoral workshops.

Sectoral workshops include sessions on catechists and Catholic educators, lay associations and ecclesial communities, Church of the poor, family and evangelization, the parish as community of communities, clergy, consecrated persons, youth, ecumenism and interreligious dialogue.

The apostolic nuncio to The Philippines, Archbishop Giuseppe Pinto, will celebrate the closing Eucharist. A message from Pope Francis will be shown at the closing of the convention.

BURDENS GIVE US WINGS

CHRISTIANITY, JUDAISM AND ISLAM EXHIBIT THEIR ART TREASURES IN THE “THREE FAITHS EXHIBIT”