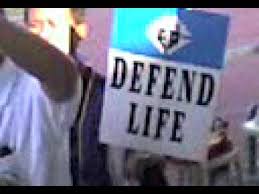 THE REPRODUCTIVE HEALTH bill in the House of Representatives is being presented as a health bill and an antipoverty bill at the same time. It is neither. It is not what its authors say it is; it is everything they say it is not. It is an ideological attack on human life, the family, and our social and cultural values.

The bill rests on a flawed premise; it is unnecessary, unconstitutional, oppressive of religious belief and destructive of public morals and family values. Its enactment into law will only deepen the already frightening ignorance about the real issues. It should be rejected.

Our median age is 23 years. In 139 other countries it is as high as 45.5 years (Monaco). This means a Filipino has more productive years ahead of him than his counterpart in the rich countries where the graying and dying population is no longer being replaced because of negative birth rates.

Our long-term future is bright, because of a vibrant and dynamic population.

Women who say they should be free to contracept (regardless of what the moral law or science says) are not being prevented from doing so, as witness the 50-percent contraceptive prevalence rate. It is a free market. But as we are not a welfare state, taxpayers have no duty to provide the contraceptives to try and cure pregnancy, which is not a disease.

The State’s duty is to protect women from real diseases. At least 80 women die every day from heart diseases, 63 from vascular diseases, 51 from cancer, 45 from pneumonia, 23 from tuberculosis, 22 from diabetes; 16 from lower chronic respiratory diseases. Why are our lawmakers not demanding free medicines and services for all those afflicted?

Indeed, maternal death could be brought down to zero just by providing adequate basic and emergency obstetrics-care facilities and skilled medical services to women. The local officials of Gattaran, Cagayan and Sorsogon City have shown this. Why do our lawmakers insist on stuffing our women with contraceptives and abortifacients instead?

In 2005, the cancer research arm of the World Health Organization concluded that oral contraceptives cause breast, liver and cervical cancer. Shouldn’t our lawmakers demand that contraceptives be banned or at least labeled as “cancer-causing,” or “dangerous to women’s health”? Why do they want them classified as “essential medicines” instead?

a.) The Philippines is a democratic and republican State. Yet the bill seems to assume we are a centrally planned economy or a totalitarian State, which controls the private lives of its citizens. Truth is, there are certain activities of man as man where the individual is completely autonomous from the State.

Just as the State may not tell a politician or a journalist how or when to think, write or speak, it may not enter the bedroom and tell married couples how or when to practice marital love.

b.) Article II, Section 12 of the Constitution says: “The State recognizes the sanctity of family life and shall protect and strengthen the family as a basic autonomous social institution. It shall equally protect the life of the mother and the life of the unborn from conception. The natural and primary right and duty of parents in the rearing of the youth for civic efficiency and the development of moral character shall receive the support of the Government.”

The use of “sanctity” makes State obedience to God’s laws not only a solemn teaching of the Church, but also an express constitutional mandate. Now, when the State binds itself to equally protect the life of the mother and the life of the unborn from conception,” it necessarily binds itself not to do anything to prevent even one married woman from conceiving. A state-funded contraceptive program is an abomination.

The bill seeks to tell the Catholic majority not to listen to the Church and to listen to anti-Catholic politicians instead. It seeks to establish a program which Catholic taxpayers will fund in order to attack a doctrine of their faith. Is there a worse despotism? Would the same people do the same thing to the followers of Islam or some politically active religious pressure group?

The pro-RH lobby claims surveys have shown that most Catholic women want to use contraception, regardless of what the Church says about it. It is a desperate attempt to show that right or wrong can now be reduced to what you like or dislike. The truth is never the result of surveys. Contraception is wrong not because the Church has banned it; the Church has banned it because it is wrong. No amount of surveys can change that.

The bill seeks to impose a hedonistic sex-oriented lifestyle that aims to reduce the conjugal act to a mere exchange of physical sensations between two individuals and marriage to a purely contraceptive partnership.

Not only is it hedonistic, it is above all eugenicist. It seeks to eliminate the poor and the “socially unfit.” While it neither mandates a two-child family nor legalizes abortion, it prepares the ground for both.

In 1974, the US National Security Study Memorandum 200, titled “Implications of Worldwide Population Growth for US Security and Overseas Interests,” launched the two-child family as a global population policy to be achieved by 2000. But “no country has reduced its population growth without resorting to abortion,” said that document.

Now you know what’s next, and where it’s all coming from.