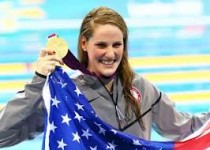 We share with you a press release from the Vatican via Zenit.org with inspiring testimonies of several Olympic athletes who relied on their faith as they strove to reach their goals. Missy Franklin, Jordyn Wieber and Lopez Lomong share how their faith helped them reach their goals.
————————-
Olympic Athletes Rely on Faith in Reaching Their Goals
Winners Tell of God’s Role in Their Lives

ROME, JULY 31, 2012 (Zenit.org).- The Olympic Games is an exciting time for the world. Countless people from all across the globe are rooting for their nation’s respective teams and glued to their TV sets. But beside the spotlight on athletic ability, a focus on faith has been present in London.

The Diocese of Westminster recently held a Mass at the start of the games with a particular focus on unity among nations. The diocese has also created a special ministry, “More than Gold,” that serves as a welcome to the families of participating athletes who want to see their sons and daughters, but cannot pay for a hotel.

Athletes have also spoken in various interviews, noting how faith has transformed their lives. U.S. swimmer Missy Franklin, who won her first gold medal Monday in the 100 meter backstroke, spoke in an interview with belief.net on how faith has helped her achieve her goals.

Though raised in an environment that was not particularly religious, Franklin recounts that she felt peace and a sense of belonging upon entering the halls of Regis Jesuit High School in Aurora, Colorado. “Every day over the last three years, my faith has grown. One of my favorite times is going to our beautiful school chapel and spending time with God. This year, I attended Kairos with my Regis Jesuit sisters and it changed my life forever. I now really work on keeping my faith strong,” she said. 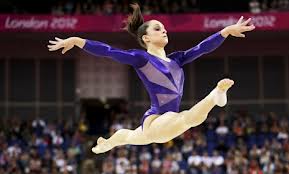 Jordyn Wieber, the 17-year-old U.S. Olympic gymnast, who along with her teammates led the U.S. team today to its for gold medal since 1996 in the first of four competitions for the team, spoke of how her parents helped instill the importance of her Catholic faith.

“My parents have always made going to church as a family important,” Weiber said in an interview with the Diocese of Lansing’s Faith Magazine. “Sometimes we have to split up due to our schedules, but most of the time we are able to get to Mass together. It’s a very special family time and it means a lot to me.” 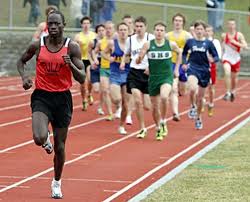 “God blessed me and gave me a lot of strength to be faithful and more determined with my life to overcome obstacles,” said Lopez Lomong in an interview with USA Today. Lomong is a Sudanese-born competing in the U.S. Olympic track team. Abducted at age 6 while attending Mass in his native Kimotong, Sudan, Lomong was forced into a rebel camp.

After watching several of the other boys die in the prison camp, Lomong and other fellow prisoners were able to escape to a refugee camp in neighboring Kenya. He remained there for 10 years until Catholic Charities, who were moved by an essay he wrote, selected him to be one of the Lost Boys of Sudan who were relocated to the United States to start a new life. “He had a vision for me. He knew I would come to America and have family.”

For information on Catholic athletes competing in this year’s Olympics, go to http://www.catholicvote.org/discuss/index.php?p=33890