ON THE FREEDOM THAT COMES FROM GOD

VATICAN CITY, June 30, 2013 (Zenit.org) – Here is the translation of Pope Francis’ address before and after the recitation of the Angelus today in St. Peter’s Square. 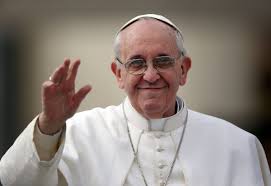 This Sunday’s Gospel (Luke 9:51-62) contains a very important passage about the life of Christ. It is the moment in which, as St. Luke writes, “Jesus resolutely determined to journey to Jerusalem” (9:51). Jerusalem is the final goal, where Jesus, at his last Passover, must die and rise again, and in this way carry out his mission of salvation.

From that moment, after that resolute decision, Jesus aims right at the target, and he clearly sets out the conditions to those whom he meets and ask to follow him: there is no stable place to live; they must be detach themselves from concern for human respect; they must not give in to nostalgia for the past.

But Jesus also says to his disciples, who are charged with preceding him on the road to Jerusalem to announce his passage, not to impose anything: if they are not accepted, they are to go elsewhere, they move forward. Jesus never imposes anything, Jesus is humble, Jesus invites. If you wish, come. This is Jesus’ humility: he always invites, he never imposes.

All of this makes us think. It tells us, for example, about the importance that, conscience had even for Jesus: hearing the Father’s voice and following him. Jesus, in his earthly existence, was not, so to speak, “remote controlled.” He was the incarnate Word, the Son of God made man, and at a certain point he firmly decided to go up to Jerusalem for the last time; it was a decision he made with his conscience, but he did not do it alone: he did it together with the Father, in full union with him! He decided in obedience to the Father, listening carefully, in intimacy, to his will. And because of this the decision was firm, because it was made together with the Father. And in the Father Jesus found the strength and the light for his journey. And Jesus was free, in that decision he was free.

Jesus wants us Christians to be free like him, with that freedom that comes from this dialogue with the Father, from this dialogue with God. Jesus does not want egotistical Christians, who follow their own “I,” who do not speak with God; nor does he want weak Christians, Christians without a will, Christians who are “remote controlled,” incapable of creativity, who always seek to link themselves to someone else’s will and are not free. Jesus wants us to be free but where is this freedom found? It is found in dialogue with God in our conscience. If a Christian does not know how to speak with God, does not know how to listen to God in his own conscience, he is not free, he is not free. 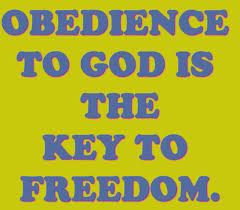 For this reason we must learn how to listen more to our conscience. But be careful! This does not mean following our own “I,” do that which interests me, is convenient for me, that I like… It is not this! Our conscience is the interior place where we listen to truth, to goodness, where we listen to God; it is the interior place of my relation to him, the one who speaks to my heart and helps me discern, to understand the road that I must take, and once the decision is made, he helps me to go forward, to remain faithful.

We have a marvelous example of what this relationship with God in our conscience is like, a recent marvelous example. Pope Benedict XVI gave us this great example when the Lord made him understand, in prayer, what was the step that he had to take. He followed – with a great sense of discernment and courage – his conscience, that is, the will of God that spoke in his heart. And this example of our Father is good for all of us, as an example to follow.

DO YOU HAVE PASSION IN WHAT YOU DO?