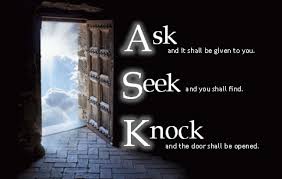 Day 1 – Hedy and I were walking nonchalantly down the hallway of Maria Reyna – Xavier University hospital as our clinic day ended, when Lo! and behold! we met Hedy’s Ob-Gynecologist who was also about to leave the hospital. They had not seen each other for quite sometime. It was an animated conversation and the last thing I heard was she said, “All women above forty must undergo annual mammography.” Hedy’s last mammogram was in 2009.

Day 2 – Hedy followed what she was advised. A digital mammogram was done in the hospital. This machine was recently acquired by the hospital. Then this was followed by an ultrasonography of her breasts, the results to be read on the next day.

Day 3 – The Result: The radiologist wanted to see the reading done in 2009 so she could compare the two but Hedy told her that it was difficult to retrieve it since she must have misplaced it. Hedy was patient and waited for her call which never came. She had made mention of some “calcifications” but had been non-committal.

Day 4 – Hedy and I decided to go to another hospital to seek another opinion and an official reading of the CD of her mammogram. A series of “experts” opinions were discussed which led to the medical terms of “microcalcifications” in her right breast. This in medical parlance according to the breast surgeon, speak of a probable malignancy and that he would do a needle biopsy under general anaesthesia . Why? Because a frozen section of the biopsied tissue, if it turns out to be malignant, he would perform a radical mastectomy.

We asked for a break and then we opened this up to our friend colleagues and we noticed some raising of eyebrows but felt they did not want to be unethical. Putting Hedy to an operation would be the last option considering that all our three children were born by caesarian section, plus she had had to go through a coronary angiogram in the late 80’s. We called up our two children who are also doctors and they did not agree. We went home dismayed by the supposed “intellectual” exchange of “expert” opinions by the breast surgeon.

We prayed for God’s guidance. I sensed that we were being brought again into a desert so I started to reflect again on my life. Had I been unfaithful to Him lately? I know that He chastises those whom He loves and I was asking Him, “ako na lang, huwag na si Hedy.” But another sense was that He wanted me to rely on Him and have Faith, an expectant Faith in Him. The medical opinion of my children was also the leading of the Holy Spirit. He led me to say to Hedy, “There will be no further tests or operation. I will bring you with me to Manila.”

Day 5 – Truly the dark forces did not want to be left out. I was entertaining negative thoughts about my colleagues. But Hedy who has been all along my ally and the “wind beneath my wings” was quick to say that we will entrust everything into God’s loving hands.

Consider this: On July 18, 2014, was the joint east and west chapter assembly. It was a first time ever, since Cagayan de Oro was split into two chapters and I was asked be the worship leader. I had second thoughts about this, because the BOT meeting in Manila was scheduled on the following day July 19. My plane ticket issued by the National Office showed 2:45 pm as departure time on July 18. The Lord was telling me to rebook my ticket and to be obedient to His call. I rebooked my ticket and then I bought a plane ticket for Hedy. We were now ready for a second and final medical opinion in Manila. The worship assembly went smoothly and indeed was spirit-filled. I asked the community to pray for our safe trip and for the special intention for Hedy’s negative result and for healing if there was malignancy.

Where to go in Manila? We are graduates of UERMMMC but we were not sure if some of our classmate consultants and friends are still there considering that in 2019, I will be a golden jubilarian. To thwart the enemy was and is a difficult task. He never sleeps. As BCBP members, we must muster enough courage even under fire. I must always be obedient to God’s call just like Joshua with his men. Joshua toppled down the walls of Jericho, carrying the covenant box because he followed the Lord’s command.

Day 6 – After a spirit-filled BOT meeting (some senior members were sleepy after lunch), I asked Father Herb to pray for Hedy and he said he will. In the evening of that day, Hedy and I prayed the rosary for Mama Mary’s intercession and to lead us to a doctor who is a renewed christian. Her answer led us to brother Louie Morales, sister Reggie and sister Marite. Names were given and we ended up with a surgeon in Medical city. He was highly recommended by Sis Marite because he is a BCBP brother. His name is brother Ferdie Pangilinan. (Hedy says no plugging but I find it unfair if I will not mention his name).

Day 7 – We woke up at 5 o’clock in the morning and took a taxi at 8 o’clock. We gathered enough energy as senior citizens holed up inside the taxi for more than two hours along C5. Hedy was not feeling well because of a chronic Menierre’s disease. She was having cold clammy sweats, feeling dizzy and nauseated. But we made it to Medical City with plenty of time to spare for her appointment with bro Ferdie. God is good! Brother Ferdie is also a graduate Of UERMMMC. He gave us his expert opinion, recommendation and thorough repeat examinations. We went out for lunch at SM Megamall. Then Brod Ferdie called up assuring Hedy that he could not find any evidence of MALIGNANCY..

Day 8 – We went back to the hospital the following day with the usual traffic hassle but undaunted because we were already spiritually fulfilled that God had placed Hedy in His loving arms. Yes, we were still in the desert but we had found an oasis with brothers and sisters in the community praying for us. Matthew 21:21-22: And Jesus said “Amen, I say to you, if you have Faith and do not waiver, not only will you do what has been done to the fig tree, but even if you say to this mountain, “Be lifted up and thrown into the sea, it will be done. Whatever you ask for in PRAYER WITH FAITH, you will receive.”

The Answer: The breast radiologist’s final diagnosis was that she could not find anything ABNORMAL at all or see any evidence that could point to any characteristics of MALIGNANCY. God is indeed awesome!

Daniel 3:16-18 “Shadrach, Meshach and Abednego answered King Nebuchadnezzar …”there is no need for us to defend ourselves before you in this matter…for He will save us from the blazing furnace. But even if He will not, know O King that we will not serve your god or worship the golden statue which you set up.”

In my second encounter with Jesus in the BCBP, I made my commitment to serve Him and Him alone; that I can also be transfigured and exude the light of Jesus into my marketplace and win the marketplace for Christ. Many would say that we are still a ‘work’ in progress for indeed we are, that we are an imperfect people and that the evil forces in this world are truly alive. Yes, we stumble and we fall but the important thing is, we pick ourselves up … run the race till we reach the finishing line.

As a spiritual leader in this community, many Nebuchadnezzars have threatened to place me in the blazing furnace if I do not bow down to the golden statue. But in my commitment to the Triune God, there was never a desultory plan to back out in that commitment nor was it ever perfunctory. I would only bow down to the God of my Fathers Abraham, Isaac, and Jacob.

Finally, sister Hedy and I were never scorched by the fiery furnace … and we walked out in the flames singing to God and blessing the Lord. Daniel 3:26 – Blessed are you, and praiseworthy, O Lord, the God of our fathers, and glorious forever is your NAME. Amen.

IS YOUR HEART IN YOUR GIVING?