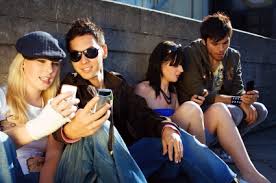 www.MercatorNet.com, Sept 23, 2011 MercatorNet news/article. Last month, a million-and-a-half young people gathered with Benedict XVI in Madrid for World Youth Day. It was a peaceful and cheering invasion of Spain’s capital and also a great media event, with 5,000 accredited journalists. Some of the people there were already sharing the contents of the event online, attracting 500,000 friends in social networks like Facebook, Twitter or YouTube.

After Wikileaks, the widespread use of BlackBerry phones in the London riots, or the “wired” Arab Spring (with its dangers and risks but also its great changes and hopes), it is difficult to argue against the value of digital communication and the new communities it tends to create, often bypassing traditional media and institutions, and causing speedily profound effects. Facebook, with 750 million users worldwide, has already a place in the history of communication (and a 2010 Time magazine Man of the Year award for Zuckerberg); Twitter is already the leading place for breaking news.

In the media we have always faced lights and shadows; problems and opportunities. Somehow the world is in our hands; we are only one-click away from updated and interesting content; we can really have a global audience. At the same time, being so close to news, entertainment and games is a source of distractions and is pushing the audience towards instant gratification, close to addiction and other problems.

In this media landscape limiting Internet and mobile access is not the best Educational option. However, at this point and after all the things we have learned, it would not be reasonable to ignore the dangers of digital media. Most of the issues already existed in analogue media: excessive consumption; proliferation of content against human dignity; lack of editing; the exploitation of sensationalism… Let’s take a look at four of them.

In the age of trolls, we need a revolution of kindness

Online life cannot replace offline life. In other words, technology is at the service of human persons and should make us more sociable. Technologies could potentially foster anonymity. In digital communication often we lack the visual and verbal clues we have in face-to-face encounters. But it is also true that now we have the ability to reach more people and be somewhat closer to them. The proliferation of friends, a positive and interesting development in itself, provokes also the potential growth of encounters with strangers and other issues. The risk of stalking and cyberbullying increases.

Some audiences show a disturbing lack of empathy that could be facilitated by the “automatism” and distance of online communications. Part of the audience, more than talk, sends messages. Texting is replacing talking. Total connectivity is already leading to symptoms of addiction and lack of memory.

One of the paradoxes of digital communication is the tension between isolation and the thirst for contact with friends and colleagues. On the one hand, some seem to take refuge in virtual relations to replace direct conversations, because they lack empathy and social competence. On the other, the number of “friends” increases and the relationship to persons closer to us intensifies. Isolation would be an indicator that communication is not properly working. If we use digital communications well we will get closer to the people that matters to us. Getting closer to people is a constant of human communication that always finds new ways to reassert itself.

Sometimes the distinction between online life and offline life could be confusing. Online or virtual life is real (although it is not physical). In other words, online life is as real as life itself, our opportunity to display personalities and exercise virtue (or show defects). Those who show respect in real life, also do it online. The web is a public square where we are always portrayed. That is why there is a need for etiquette in this age of “trolls” and angry mobs. If you look to comments on blogs, Twitter, Facebook, YouTube or online newspapers you will find users that, hiding in anonymity, insult, sow the seeds of hatred, and are generally hostile and angry. The net is an extension of personal relationships. There is a need to promote honest and open communication, optimism, respect and good manners. There is a pending revolution: the revolution of kindness.

The “narcissism epidemic” is another fascinating issue. People become self-promoting in the web to an extent that probably was unknown in history. But, somewhat paradoxically, they make that compatible with an extraordinary zeal to protect their privacy. Some have talked about a “me generation” that is actively seeking visibility”. They seem to be tireless in the search for an ever increasing popularity. In social media we “create profiles” (a significant expression) that are improved versions of ourselves. It is an often ambiguous process that is part of the same process that is allowing us to have a global network of friends and followers. In fact, entire social networks like Friendster failed because of lack of privacy protection, and arguably some of the worst Facebook crises are related to this.

The “cloud” stores significant amounts of citizen information: pictures, words, videos. We often have lost track of the content but it is there and could surface anytime, causing havoc. We do not keep our “box of letters”. Are we losing our memory and even our capacity to archive? That is one of the reasons behind demands for the capacity to “erase” our online history. There is an open conversation about a “right to be forgotten”, selecting contents with respect for consumer image and dignity. In general, the audience needs more knowledge to understand the risks behind the age of “total transparency”. Sharing absolutely everything is probably not the best idea. The “self-promoter” finds himself in very dangerous territory.

In the age of information highways, we have forgotten driving instructors

The extraordinary abundance of information is another fascinating topic that affects media and other content consumption, but also media quality. We have access to a previously unthinkable amount of data but we often lack the context and even the ability to interpret it. The increase in the quantity of information is not going to make us necessarily wiser. We have built amazing information highways, but have forgotten to teach people how to drive. With more news and data, we will need more filtering and better selection. There is a stronger need to establish a hierarchy of information, gatekeeping, and search for solid evidence. The better sources have an added value. Audiences will need additional ability to assess and select the best menu and make the best use of their time. At the same time, the abundance of information is more a blessing than a problem. The public has access to more content (often for free), and has the potential to expand information, research and knowledge access.

Digital communication and mobile tools have increased enormously access to breaking news, the global diffusion of trends and ideas and real-time participation in events. The speed of information is having a major impact on reputations, natural catastrophes and humanitarian crisis, political campaigns, grassroots movements and economic crises. At the same time, speed is a source of multiple errors, helping to extend toxic rumors that can be lethal, and making fact-checking and quality more difficult. Everybody is a journalist, but nobody is an editor. Speed is crucial, but we need to underline the need of reflection and pause to avoid costly mistakes. We need to put emphasis on quality and accuracy.

There needs to be attention not only to the capacity for communication but for the content of communication. The leaders of the riots in Britain were sophisticated Blackberry users: but the content of their messages speaks up of broken personalities that go viral, spreading damage. At the same time, the Arab Spring would not probably have been possible without significant communication technologies in place in Tunisia and Egypt.

In an age of 24/7 connection, you need to pull the plug sometimes

We are “always on”, connected to the world using computers or mobile phones, Twitter, Facebook, LinkedIn, or email. We need to be online to be close to friends, family and colleagues, or keep in touch with professional networks. There is no easy way out: if you don´t get in the networks you can really fall behind professionally. But permanent connection is also a source of new anxieties, and the traditional borders between professional and personal life are increasingly blurred. At the same time there are
interesting movements that promote “slower” forms of communication, calling openly for an ability to disconnect. Some people are looking to open “offline” spaces and expanded times for friendship and relaxation. They try to “disconnect to connect”.

To some extent, there is a very real “nostalgia for disconnection” that becomes all the more valuable because too many are unable to achieve it. Again, paradoxically, those who are always connected will not be capable of starting and pursuing valuable long-term projects. They will become enslaved to the continuous flux of news, gaming and entertainment and thus will see their effectiveness and productivity dramatically diminished. Will the Internet make our lives easier? Not so fast.

Francisco J. Pérez-Latre is Professor in the School of Communication of
the University de Navarra. Email: perezlatre@unav.es You can also find him
at http: //twitter.com/perezlatre.

HONESTY IN BUSINESS ACCORDING TO BCBP