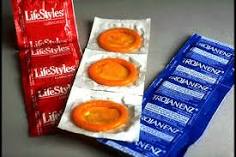 May I share with you a synthesis and reflection I made in response to the questions brought about by the remarks of Pope Benedict on the Condom Question.

This article seeks to clarify the perceived confusion and surprise that greeted the whole Catholic as well as non-Catholic world. International as well as local journal headlines read:

The whole controversy started from a supposed “leaked” German interview the Pope granted to journalist Peter Seewald in an upcoming book yet to be released entitled “Light of the World: The Pope, The Church and the Signs of the Times”. For the sake of intellectual integrity, let us see what the Pope really said from this excerpt of the transcript of the interview connected with the condom question: Here is that portion in it’s entirety:

Peter Seewald:
On the occasion of your trip to Africa in March 2009, the Vatican’s policy on AIDs once again became the target of media criticism. Twenty-five percent of all AIDs victims around the world today are treated in Catholic facilities. In some countries, such as Lesotho, for example, the statistic is 40 percent. In Africa you stated that the Church’s traditional teaching has proven to be the only sure way to stop the spread of HIV. Critics, including critics from the Church’s own ranks, object that it is madness to forbid a high-risk population to use condoms.

Pope Benedict:
The media coverage completely ignored the rest of the trip to Africa on account of a single statement. Someone had asked me why the Catholic Church adopts an unrealistic and ineffective position on AIDs. At that point, I really felt that I was being provoked, because the Church does more than anyone else. And I stand by that claim. Because she is the only institution that assists people up close and concretely, with prevention, education, help, counsel, and accompaniment. And because she is second to none in treating so many AIDs victims, especially children with AIDs.

I had the chance to visit one of these wards and to speak with the patients. That was the real answer: The Church does more than anyone else, because she does not speak from the tribunal of the newspapers, but helps her brothers and sisters where they are actually suffering. In my remarks I was not making a general statement about the condom issue, but merely said, and this is what caused such great offense, that we cannot solve the problem by distributing condoms. Much more needs to be done (emphasis mine). We must stand close to the people, we must guide and help them; and we must do this both before and after they contract the disease.

As a matter of fact, you know, people can get condoms when they want them anyway. But this just goes to show that condoms alone do not resolve the question itself (emphasis mine). More needs to happen. Meanwhile, the secular realm itself has developed the so-called ABC Theory: Abstinence-Be Faithful-Condom, where the condom is understood only as a last resort, when the other two points fail to work. This means that the sheer fixation on the condom implies a banalization of sexuality, which, after all, is precisely the dangerous source of the attitude of no longer seeing sexuality as the expression of love, but only a sort of drug that people administer to themselves (emphasis mine). This is why the fight against the banalization of sexuality is also a part of the struggle to ensure that sexuality is treated as a positive value and to enable it to have a positive effect on the whole of man’s being.

There may be a basis in the case of some individuals, as perhaps when a male prostitute uses a condom, where this can be a first step in the direction of a moralization, a first assumption of responsibility, >(The preceding is the only sentence the secular media focused on to reach their conclusions) on the way toward recovering an awareness that not everything is allowed and that one cannot do whatever one wants. But it is not really the way to deal with the evil of HIV infection. That can really lie only in a humanization of sexuality (emphasis mine).

Peter Seewald:
Are you saying, then, that the Catholic Church is actually not opposed in principle to the use of condoms?

Pope Benedict:
She of course does not regard it as a real or moral solution (emphasis mine), but, in this or that case, there can be nonetheless, in the intention of reducing the risk of infection, a first step in a movement toward a different way, a more human way, of living sexuality (emphasis mine).

So with the full text in question now presented, what conclusions can we derive?

First things first. There is a principle in Biblical interpretation that goes:

“A text, out of context, is pretext.”

The headlines we read above, regarding the supposed change Benedict proposes on the consistent sexual ethics of the Church connected with condoms and HIV, are clear examples of a text taken out of context. As you can see, Pope Benedict gave a long answer to a rather short question. I highlighted the parts that spell out clearly Benedicts’ convictions as well as that of the Church’s. What some interpreters took out in isolation was that part where it says, “There may be a basis in the case of some individuals, as perhaps when a male prostitute uses a condom, where this can be a first step in the direction of a moralization, a first assumption of responsibility…”. They did not even finish the whole sentence.

With these laid out, so what now did Pope Benedict NOT say?

1. First of all, this is a personal interview. Pope Benedict is not speaking here in his capacity as the Supreme Teacher of the Catholic faith. What you find in the book are not proposed as official teachings nor pronouncements being sent out to the Catholic faithful. Some of the things we can read here can even fall in the category of personal opinions and therefore do not and cannot present themselves as official Magisterial teachings. If the Pope wants to hold out a new teaching based on his reasoned discernment as the Successor of Peter, a personal interview is not the place to do it. Everyone who knows basic Catechism understands this, much more the Pope. And so headlines claiming, “Pope changes teaching on Condoms, Contraception and HIV”, or “Pope: Condoms OK in fight Against AIDS” are totally way out of line.

2. Nowhere in the text of Pope Benedict’s response can we find a summary justification of the morality of condom use. This is clear in the texts I highlighted. Let me highlight them once again: “…that we cannot solve the problem by distributing condoms. Much more needs to be done,” ; “…But this just goes to show that condoms alone do not resolve the question itself” ; “ This means that the sheer fixation on the condom implies a banalization of sexuality, which, after all, is precisely the dangerous source of the attitude of no longer seeing sexuality as the expression of love, but only a sort of drug that people administer to themselves” ; “…But it is not really the way to deal with the evil of HIV infection. That can really lie only in a humanization of sexuality.”

I don’t see how the quotes above translate to “Pope OKs Condom Use”. On the contrary, the above quotations reflect the consistent conviction of the Church regarding condom use vis a vis HIV/AIDs: that condoms are not the solution. If at all, they contribute to the perpetuation of the problem. Condoms can only reduce the risk of infection. And with the fatally serious threat of HIV/AIDs, risk reduction is not acceptable. Prevention is the only acceptable option. And prevention is only served by abstinence (for the unmarried) and monogamy and fidelity (for the married).

In the first place, Pope Benedict’s response was not even a direct commentary on the possible moral justification of condom use, clearly not for contraception. He was making a moral speculation on what may be going on in the heart of one (a male prostitute) who uses the condom in a homosexual or heterosexual sex act.

What did Pope Benedict intend to say?

Pope Benedict was specific in his response. He spoke of a “male prostitute” who uses a condom. What the Pope stressed was not that condom use is OK in the case of a male prostitute engaged in heterosexual or homosexual acts. He merely said that “this can be a first step in the direction of a moralization, a first assumption of responsibility…” Perhaps an analogy can help us appreciate what the Pope is saying (for this point I will modify a principle I picked up from lay moral theologian Janet Smith).

There are two robbers. One uses a real knife with a real intent to kill and harm. The other uses a plastic knife because he has no real intention of killing. He only intends to frighten and intimidate. Both men will be committing an evil act. But obviously, between the two, it is the one who employs a toy knife that shows at least a hint, a semblance, a little amount of moral responsibility which hopefully, can still mature to a real and correct kind of moral responsibility that will let him realize that robbing people is an evil option to take. Does this mean the Church will teach that it is “OK” and moral to rob people using a fake knife? No. The Church simply says that between the two, the one with the fake knife is the one that manifests a semblance of an “assumption of responsibility”, immature it may be.

The same logic can be applied to Pope Benedict’s example. Obviously, the mere fact that the person used a condom indicates a “semblance of responsibility.” One who engages in prostituted sex without a condom, shows a total absence of moral responsibility, for himself or for the other. Compared to this one, one who uses a condom at least shows a hint of “assuming a responsibility” which Benedict hopes can be a “first step in the direction of a moralization” i.e., hopefully it can develop to a more correct kind of responsibility, not in the direction of regular condom use, as secular interpreters assumed, but, as Benedict finished his sentence, (which the secular media left out), “on the way toward recovering an awareness that not everything is allowed and that one cannot do whatever one wants. But it is not really the way to deal with the evil of HIV infection. That can really lie only in a humanization of sexuality.”

As we see here, Pope Benedict is too deep a theologian and a thinker to be presented from a shallow and surface level interpretation. The Pope and the Church’s consistent ethical teachings deserve more than that. We pray that the media may also assume responsibility in reporting matters related to faith and morals. We pray that intellectual integrity and professionalism may not be sacrificed for the sake of ideology, sensationalism and paper sales.

LET US RENEW OUR COMMITMENT TO LIFE

Yes everyone has a responsiblity to educate others’ need for info, but we should double check first if the said statement benefits the whole community especially his/her family to be better as role model to all today and forever? amen.

This is a wonderful and simple enlightenment.
I share this with my Chapter, that they may share in their own workplaces. We are the light of the world aren’t we… espousing Christian values in the marketplace?
Thanks be to God.

Good evening Sister Editor, again, with your permission may i reprint this article for dissemination in our chapter (BCBP-Iloilo). Yes, you may reprint any article that appears on the website provided you acknowledge its source (BCBP Website) and author. Nancy R. Catan, Portal Editor