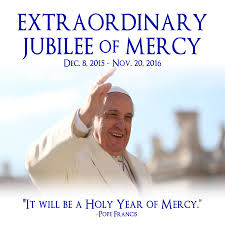 Washington D.C., Mar 18, 2015 / 05:02 pm (CNA/EWTN News).– The Pope’s surprise announcement of a holy year for mercy has Catholics weighing in on the significance of the move, which some say can be boiled down to this: Francis wants us to know how much God loves us.

The Fathers of Mercy, a priestly order based in Kentucky, said they were thrilled when news of the jubilee broke last week. A self-described “itinerant missionary preaching order of priests,” they conduct parish missions focused on conversion through the sacraments of Mass and Confession. “We see first-hand the reality and beauty of conversion – God’s mercy at work,” member Father Wade told CNA.

During a penitential service at St. Peter’s Basilica March 12, Pope Francis announced the extraordinary jubilee Year of Mercy, which will begin later this year on the Solemnity of the Immaculate Conception, Dec. 8. It will end on the Solemnity of Christ the King, Nov. 20, 2016.

The scriptural focus for the jubilee year will be Christ’s command from Luke 6:36, “Be merciful, just as your Father is merciful.” “It’s a journey that starts with a spiritual conversion,” Pope Francis said at the announcement.

But what is mercy, and how is it concretely practiced? 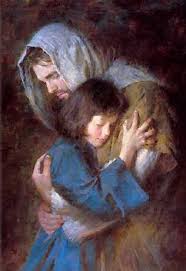 “Mercy is who God is. It is love’s second name,” Fr. Menezes said. And conversion is its “most concrete expression,” he added, quoting St. John Paul II’s 1980 papal encyclical “Dives in Misericordia,” or “Rich in Mercy.” “God is more interested in our future than in our past,” he explained. God takes past sin “seriously” but never “as the last word,” because He “wants each one of us to become the ‘best version’ of our self that He wills for each one of us, personally, in His divine and eternal mind, and this requires conversion.”

This is exactly what Pope Francis has in mind in announcing the Year of Mercy, said Kathryn Jean Lopez, founding director of Catholic Voices USA.

“In our busy, buzzing, often bifurcated lives, we often don’t find the time for the silence of examination of conscience. This Holy Father is a Jesuit spiritual director to the world, urging us to see just how much God loves us, reorienting our hearts to His,” she told CNA. Rather than proposing something radically new, Pope Francis is continuing the devotion to mercy of his predecessors St. John Paul II and Pope Emeritus Benedict XVI, noted Lopez. “Pope John Paul II loved Divine Mercy so, Pope Benedict would call him the apostle of Divine Mercy. Benedict would also say that Divine Mercy is the name of God himself,” she said.

This unbroken line is also proven in the encyclical Dives in Misericordia, where John Paul II wrote that “the Church – professing mercy and remaining always faithful to it – has the right and the duty to call upon the mercy of God,” Fr. Menezes said.

What’s more, though, mercy is also practiced through concrete acts of charity. The Church lists seven “corporal” and “spiritual” “works of mercy” which must be performed by the faithful. “Catholics do the work of education, hospice care, caring for the sick, feeding the hungry, visiting the imprisoned, looking after the lonely. This is the encounter Pope Francis talks about,” Lopez said listing the corporal works of mercy. The seven spiritual works of mercy are to admonish the sinner, instruct the ignorant, counsel the doubtful, comfort the sorrowful, bear wrongs patiently, forgive all injuries, and pray for the living and dead.

“A message of mercy brings people in the door to freely encounter the heart of Christ in the sacramental life of the Church,” Lopez added.

According to the Vatican’s website, the jubilee year has its roots in the Monastic law when every fiftieth year was made holy for the Jewish people. Debts were canceled, slaves were freed, and lands were restored to their “original owners.” Ordinary jubilees occur every 25 or 50 years, and extraordinary jubilees are called for some momentous occasion. Two extraordinary jubilees were called in the 20th century – 1933, to mark the 1900th anniversary of Christ’s redemption in 33 A.D., and 1983, its 1950th anniversary.

The jubilee year is a “holy year” marked by acts of faith, charity, and “brotherly communion,” the Vatican’s website adds.

“I am convinced that the whole Church will find in this Jubilee the joy needed to rediscover and make fruitful the mercy of God, with which all of us are called to give consolation to every man and woman of our time,” Pope Francis said after announcing the jubilee year. “From this moment, we entrust this Holy Year to the Mother of Mercy, that she might turn her gaze upon us and watch over our journey,” he said. The jubilee year will begin on a Marian feast day, the Solemnity of the Immaculate Conception. –By Matthew Hadro