POPE FRANCIS: ON THE EDUCATION OF CHILDREN

Here is the translation of the Holy Father Pope Francis’ address during his Wednesday General Audience in St. Peter’s Square. 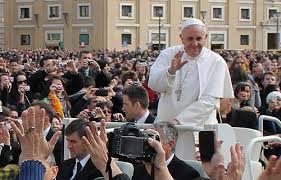 Vatican City State, May 20, 2015 (ZENIT.org) Today, dear Brothers and Sisters, I wish to welcome you because I have seen so many families among you. Good morning to all the families! We continue to reflect on the family. Today we pause to reflect on an essential characteristic of the family, namely, its natural vocation to educate the children so that they grow in responsibility for themselves and for others. What we heard from the Apostle Paul at the beginning is so beautiful: “Children, obey your parents in everything, for this pleases the Lord. Fathers, do not exasperate your children, lest they become discouraged” (Colossians 3:20-21).

This is a wise rule: the child is educated to listen to his parents and to obey his parents who must not command in a bad way, lest they discourage the children. The children, in fact, must grow without being discouraged, step by step. If you parents say to the children: “Let’s go up that flight of steps” and you take them by the hand and step by step you make them go up, things will go well. But if you say: ”Go up! – ‘But I can’t” – “Go!” this is called exasperating the children, asking the children to do what they are not capable of doing. Therefore, the relationship between parents and children must be one of wisdom, of very great balance. Children, obey your parents, this pleases God. And you, parents, do not exasperate your children, asking them to do things they cannot do. And this must be done so that the children grow in responsibility for themselves and for others. 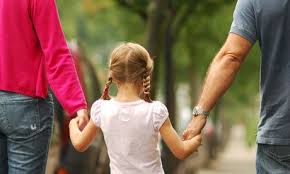 It would seem to be an obvious observation, yet even in our times, difficulties are not lacking. It is difficult for parents to educate their children when they see them only in the evening, when they return home tired from work – those who have the good fortune of having work! It is even more difficult for separated parents, who are weighed down by their condition: poor souls, they have had difficulties, they have separated and so often the child is taken as hostage and the father speaks badly to him of his mother and the mother speaks badly to him of the father, and so much harm is done. But I say to separated parents: never, never, never take the child as hostage! You have separated because of many difficulties and motives, life has given you this trial, but the children must not bear the weight of this separation, they must not be used as hostages against the other spouse. They must grow hearing the mother speak well of the father, even though they are not together, and the father speaking well of the mother. For separated parents this is very important and very difficult, but they can do it.

However, above all, is the question: how to educate? What tradition do we have today to transmit to our children?

“Critical” intellectuals of all kinds have silenced parents in a thousand ways, to defend the young generations from harm — real or imagined — of family education. Among other things, the family has been accused of authoritarianism, favoritism, conformism, and of emotional repression that generates conflicts.

In fact, a rupture has been opened between the family and society, between the family and school; today the educational pact has been broken. And thus, the educational alliance of society with the family has entered into crisis because reciprocal trust has been undermined. The symptoms are many. For instance, relations between parents and teachers in the school have been damaged. At times there are tensions and mutual mistrust and the consequences naturally fall on the children. On the other hand, the so-called “experts” have multiplied, who have taken the role of parents even in the most intimate aspects of education. On emotional life, on personality and on development, on rights and duties the “experts” know everything: objectives, motivations, techniques. And parents must only listen, learn and adapt themselves. Deprived of their role, they often become excessively apprehensive and possessive in dealing with their children, to the point of not correcting them ever: “You can’t correct your child.” They tend increasingly to entrust them to the “experts,” even for the most delicate and personal aspects of their life, putting themselves in the corner, and thus parents today run the risk of excluding themselves from the life of their children. And this is very grave! 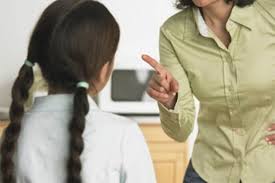 Today there are cases of this type. I don’t say it happens always, but there are cases. The schoolteacher reprimands the child and writes a note to the parents. I remember a personal anecdote. Once when I was in the fourth year of elementary school I said a bad word to the teacher and the teacher, a good woman, had my mother called. She came the next day, they spoke together and then I was called. And, in front of the teacher, my mother explained to me that what I had done was a bad thing, which I must not do, but my mother did so with such gentleness and she asked me in front of her to ask the teacher for forgiveness. I did so and then I was happy because I said: the story ended well. However, that was the first chapter! When I returned home, the second chapter began … Imagine if today the teacher does something of the sort, the next day the two parents or one of the two reprimands her, because the “experts” say that children must not be reprimanded like that. Things have changed! For this reason parents must not exclude themselves from the education of their children.

Evidently this approach is not good: it isn’t harmonious, it isn’t dialogic, and instead of fostering collaboration between the family and the other educational agencies, the school, it opposes them.

How have we arrived at this point? There is no doubt that parents, or better, certain educational models of the past had some limitations, there’s no doubt. However, it is also true that there are mistakes that only parents are allowed to make, because they can compensate for them in a way that is impossible for anyone else. On the other hand, we know it well, life has become stingy of time to talk, to reflect, to deal with one another. Many parents are “kidnapped” by work – father and mother must work – and by other preoccupations, hampered by the new needs of the children and the complexity of present-day life – which is like this, we must accept it as it is – and they feel paralyzed out of fear of making a mistake. However, the problem is not only to speak. In fact, a superficial “dialogism” does not lead to a true encounter of the mind and of the heart. Rather, we should ask ourselves: do we try to understand “where” the children really are in their journey? Do we know where their heart really is? And, above all: do we want to know it? Are we convinced that, in reality, they don’t expect something else? 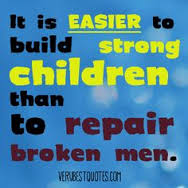 The Christian communities are called to offer support to the educational mission of families, and they do so first of all with the light of the Word of God. The Apostle Paul reminds us of the reciprocity of duties between parents and children: “Children, obey your parents in everything, for this pleases the Lord. Fathers, do not provoke your children, lest they become discouraged” (Colossians 3:20-21). At the base of everything is love, what God gives us, “it is not arrogant or rude, does not insist on its own way, is not irritable or resentful, … bears all things, believes all things, hopes all things, endures all things” (1 Corinthians 13:5-6). Even in the best families it is necessary to endure one another, and so much patience is needed to endure one another! But life is like this.

Life is not made in a laboratory, it is made in reality. Jesus himself went through family education. In this case also, the grace of the life of Christ leads to fulfillment what is inscribed in human nature. How many wonderful examples we have of Christian parents full of human wisdom! They show that a good family education is the spinal cord of humanism. Their social radiation is the resource that makes it possible to compensate for the lacunae, the wounds, the voids of paternity and maternity that touch less fortunate children. This radiation can do genuine miracles. And these miracles happen every day in the Church.

THE PIT: HOW DO YOU LIVE YOUR FAITH?