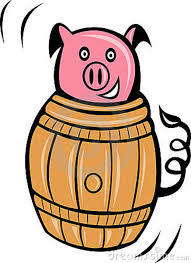 The Bishops-Businessmen’s Conference (BBC) for Human Development questions whether the controversial PDAF has really been abolished. Their timely statement also traces the history of the “fund” under a variety of names. This statement is a MUST READ for its very relevance to this important issue that has captured the public’s attention.
————————————————-
STATEMENT ON THE PORK BARREL

In the latest development on the controversial Priority Development Assistance Fund (PDAF), the House of Representatives approved the 2014 P2.24 trillion Budget “in toto”, with the announcement that the PDAF has been abolished and that the amount originally earmarked as PDAF has been transferred as ‘line-items’ in the budgets of five Departments.

But, while PDAF as lump-sum allocation has been abolished, the legislators will still be able to access the funds by suggesting projects to the implementing Departments, according to Speaker Belmonte. Previously, President Aquino had also announced that the PDAF had been “abolished” and that NGOs could no longer be recipients of government funds.

The procedure to be followed in the disposition of the funds however is substantially similar to PDAF – the congressmen “recommend” the projects for the line-items and, consistent with the president’s implementing power, he would still determine if the projects “qualify” and “whether they are in line with other projects planned for the locality”, before the funds are disbursed (Philconsa vs. Enriquez).

The “line-item” gambit is still effectively “Pork Barrel” under another name. 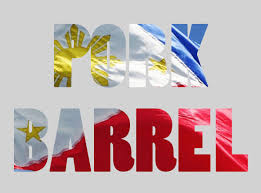 The BBC is against the pork barrel under any other name or form, for the following reasons:

(1) the pork barrel is an abuse of the congressional power of the purse. It is institutionalized corruption that uses the people’s money in order to serve not their interests but the personal interests of individuals:

– For the President – a means to control the legislature and bend it to his will by releasing or withholding the funds;
– For the legislators: to assure their victory and/or members of their family in elections;

(2) the pork barrel is also institutionalized dissipation of scarce government resources, as explained in the Human Development Report 2012-2013. Citing numerous examples [1], the Report states that when the same amounts are given to districts regardless of size and the development and integration needs of areas, there is still the problem of inefficiency and waste even when no corruption is involved.

(3) the history of the pork barrel as well as the “tip of the iceberg” COA Report on the 2007-2009 PDAF show that once the pork barrel is in place, there is no end to the greed and collusive ways to circumvent the safeguards, with the following mutations:

(b) In 1990, with Luzon also included, it was called Countrywide Development Funds (CDF) with a bigger budget (P2.3 billion);

(e) In 2010, President Aquino abolished the CI, retained but reduced, with “tighter” rules, the PDAF (with VILP folded in), to a total of P25b.

(4) The Local Government Code passed in 1991 should have already replaced the pork barrel system, since it prescribed a bottom-up system of development planning and project identification from the barangay council, to the municipal/city council, to the provincial council, where the congressman is required by law to be represented. There is no need for a parallel system of project identification by congressmen, whose primary function is to legislate. More so by Senators. Interference with the budget process by “suggesting” line items for their districts only serves to undermine the participatory system of planning and development in the context of local autonomy.

The call for the abolition of the pork barrel underlines the necessity of passing the Freedom of Information Bill, because full and correct information is the lifeblood of citizen power to effect change. 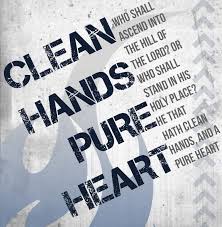 As the nation continues to address the scourge of corruption and the outcry over the PDAF scam, and others still unfolding, we can heed the Psalmist’s plea: “Who shall climb the mountain of the Lord? .The man with clean hands and pure heart, who desires not worthless things, who has not sworn so as to deceive his neighbor.” (Ps 24:3-4)

“LET GO AND LET GOD” IS A SWING THOUGHT