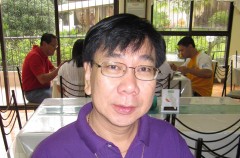 We know that the Philippines endures a seemingly never-ending pattern of deadly typhoons, earthquakes, volcano eruptions and other natural calamities. Our islands are located along a typhoon belt and the so-called Ring of Fire, a vast Pacific region where many of Earth’s earthquakes and volcanic eruptions occur. But category-five storm Yolanda’s maximum sustained winds of 315 kilometers an hour made it the strongest typhoon in the world this year, and one of the most powerful ever recorded.

Nevertheless, prayer is more powerful than Yolanda aka ‘The Deluge’ as we have experienced it. Truly, God’s providence is so mysterious that the damage of super typhoon Yolanda in our province of Sorsogon, about 550 kilometers south of Manila, is indeed very minimal despite the fact that Weather Bureau placed our province under category-four, thus defying known human principles! 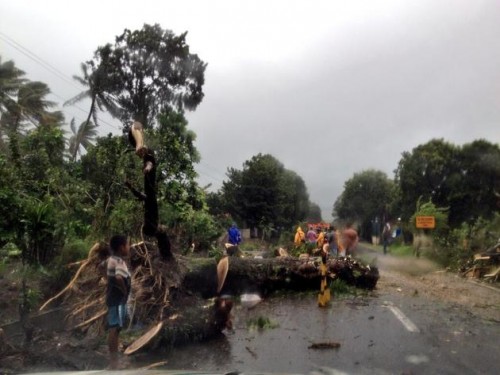 This only proved that the tremendous power of prayers cannot be undermined. The endless ‘Rosaries’ and ‘Oratio Imperata’ uttered with great devotion and conviction in God’s providence, the many families reverently invoking Divine’s intervention through the intercession of Our Lady of Peñafrancia, Patroness of Bicol, and the countless prayer text brigades bombarding heaven with our earnest supplication and petitions…put all together is even more powerful than the deadly Yolanda. And now we are bombarding heaven with our continued praise and thanksgiving for hearing our cries and for saving us from sure danger and possible death.

Sadly, such is not the fate of other provinces that happened to be in the direct path of the world’s greatest catastrophic to hit the Earth this year where many infrastructures and buildings flattened and entire villages wiped out. Rescue workers are simply overwhelmed in their efforts to help countless survivors of monstrous typhoon Yolanda, which sent tsunami-like waves and merciless winds rampaging across a huge chunk of the archipelago with death toll still increasing by the day as more bodies are unearthed from the rubble and more missing persons have been accounted for.

As I write this, I could not help myself but shed tears for the indescribable sufferings wrought by deadly typhoon Yolanda. We have seen on TV how the once prosperous provinces were in an instant reduced into mere wastelands. The sight is simply appalling but the depressing part of it is the great challenge of rebuilding lives and sources of livelihood. And my heart goes out to all the faceless and nameless victims including the loved ones, relatives and friends of fellow BCBP members.

May God give them the strength and the perseverance as they start to pick up the broken pieces of their shattered homes, properties, livelihood, lives and dreams. Amidst these seemingly endless miseries, I am still confident that the Filipino people will survive for our faith in God is stronger than any imaginable typhoon! And once again, the ‘bayanihan’ spirit among Filipinos is eloquently displayed in more ways than one. Surely, with Mother Mary like the beacon that guides our path to Jesus, Visayas will rise. Praise God! Amen.

THE JOY OF THE GOSPEL: APOSTOLIC EXHORTATION BY POPE FRANCIS